The G7 met to debate Afghanistan. The decisions were already made. 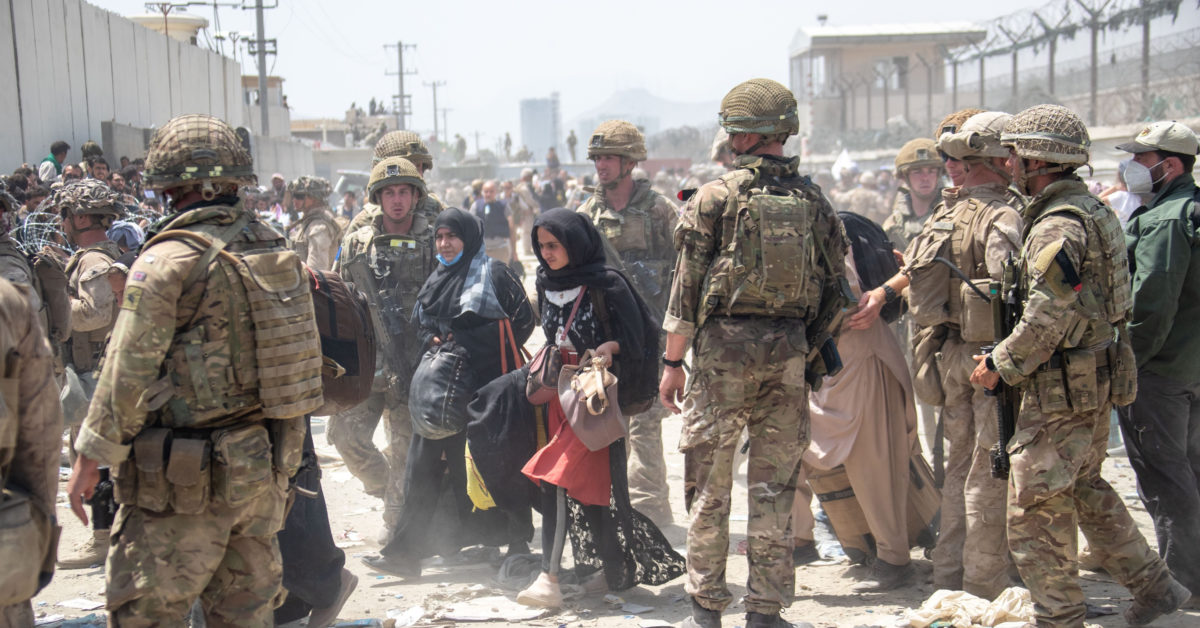 LONDON â€” A call between the leaders of the worldâ€™s wealthiest nations was meant to buy more time for a coordinated response in Afghanistan. Instead, it was over before it began.

All the G7 leaders could muster was a set of conditions for dealing with the Taliban, with no agreement on extending troop presence to assist with evacuations beyond August or a resettlement program for refugees.

U.K. Prime Minister Boris Johnson, speaking after the virtual summit on Tuesday, vowed to airlift people out of Kabul â€œright up until the last moment that we can,â€ tacitly acknowledging that a last-ditch bid to change U.S. President Joe Bidenâ€™s mind had failed. There was no mention of his other key ask, that countries match the U.K.â€™s aid commitments to Afghanistan, although the EU did pledge earlier in the day to nearly quadruple its humanitarian aid offering.

The meeting came against the backdrop of a striking Taliban proclamation: Foreigners could keep leaving until August 31, but Afghans not pre-approved for foreign travel now couldnâ€™t.

So instead, Johnson and other G7 leaders focused on a â€œroadmapâ€ for dealing with the Taliban as the militant group becomes the de facto government after swiftly seizing the country.

But moments after the British prime minister announced the plan to the media, it transpired the leaders couldnâ€™t even agree on the comms; an EU official disputed the term â€œroadmap,â€ while German chancellor Angela Merkel simply said there had been an agreement on developing one.

After being blindsided by the United Statesâ€™ determination to fully withdraw despite the Talibanâ€™s rapid advance, it was the U.K. and France that led the push for an emergency G7 summit. Bidenâ€™s administration was lukewarm about such a gathering and had to be â€œbouncedâ€ into it, according to officials from both the British and French governments.

With bilateral relations between the White House and Downing Street in a state of disrepair, Johnson saw an opportunity as chair of the G7 to convene the group and apply pressure on Biden for an extended military presence as a last resort.Â

The option of a NATO effort without the U.S. had already been ruled out. Ben Wallace, the U.K. defense secretary, told the Daily Mail that he had tried to appeal to â€œlike-mindedâ€ nations but they were â€œnot interested.â€

It was clear even before the summit that European leadersâ€™ call for an extended deadline was a desperate one, facing opposition not only from the U.S. but from the Taliban.

A Pentagon spokesman said ahead of the G7 call that America remained focused on â€œgetting this done by the end of the month,â€ and a senior White House official confirmed shortly afterward that Biden had no intention of changing his mind.Â

It also appears the U.S. may have discussed the August 31 deadline with the Taliban the day before the G7 meeting. According to multiple reports, Biden dispatched his intelligence chief, Williams Burns, to Afghanistan to meet with a Taliban leader on Monday, the most senior in-person gathering between the two sides since the militants entered the Afghan capital.

In comments to journalists following the meeting, Johnson would not lay blame at Bidenâ€™s door, but said the U.K. â€œcan be very proud of what weâ€™re achieving.â€

Merkel stressed the need for a â€œunitedâ€ approach with the U.S., admitting that nothing was possible without their presence: â€œJust as we are shaping this evacuation operation together now, we want to be consistent in how we approach Afghanistan going forward.â€

Western leaders are facing pressure to construct secure routes out of the country for the tens of thousands of displaced or anti-Taliban Afghans that may want to leave. They are simultaneously trying to prevent a resurgence of terrorism in the country and protect Afghan women, who faced severe oppression under the Taliban rule in the 1990s.

An Ã‰lysÃ©e official said â€œG7 members agreedâ€ to make it a priority that the Taliban break ties with terrorist groups. â€œItâ€™s a priority of the G7 and of the U.N.â€

The terms of engagement with the Taliban, foregrounded by Johnson, include pledges that the West could unfreeze billions in assets if the Taliban insurgents guarantee safe passage for refugees, continue to educate girls up to the age of 18 and prevent a return to terrorism or an â€œa narco-state.â€

That did not stop British politicians from lamenting Johnsonâ€™s inability to shift the dial. Tobias Ellwood, a Conservative MP and chairman of the defense committee, said there was â€œa lot of soul searching to doâ€ after the meeting, while Labourâ€™s Shadow Foreign Secretary Lisa Nandy called it â€œa dark moment for the U.K. government and for Afghans.â€

Tom Tugendhat, Tory chairman of the foreign affairs committee, said the outcome was â€œnot surprising,â€ adding: â€œI now look forward to India, and other regional partners being included in future discussions. They have a greater stake than some other G7 members.â€

The notion that the G7 had never offered the best forum for an international response was also hinted at by European leaders. Speaking after the meeting, European Council President Charles Michel said â€œwe need to speak to other members of the international community.â€Â

The broader G20 might be the next forum for that. That group includes countries like India and Turkey, which could bear a greater regional burden in handling Afghan refugees. Italian Prime Minister Mario Draghi is currently organizing an extraordinary G20 summit on Afghanistan.

â€œThe G20 can help the G7 in involving other countries that are very important,â€ he said Tuesday.

High on the agenda will be the need for a unified approach to resettling Afghan refugees, with few EU countries indicating how many people they are prepared to accept, some already pledging to take none and the European Commission stressing the importance of supporting refugees going to regional neighbors.

In the meantime, attention will turn to the scramble to evacuate as many people as possible before western troops leave Afghanistan for good.

With the deadline unchanged, thatâ€™s less than a week away.