The Higgs boson could have kept our universe from collapsing 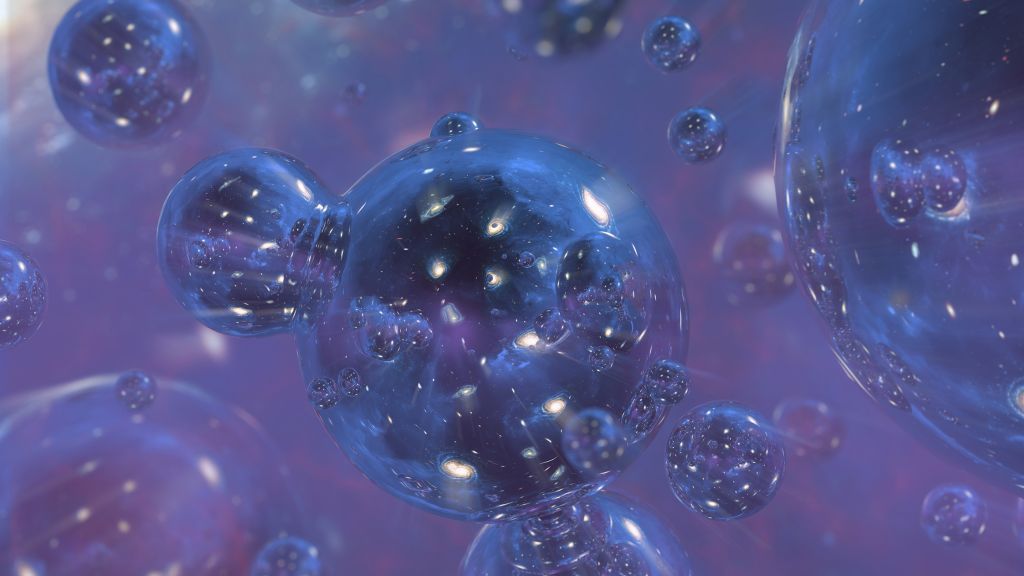 The Higgs boson, the mysterious particle that lends other particles their mass, could have kept our universe from collapsing. And its properties might be a clue that we live in a multiverse of parallel worlds, a wild new theory suggests.

That theory, in which different regions of the universe have different sets of physical laws, would suggest that only worlds in which the Higgs boson is tiny would survive.Â

If true, the new model would entail the creation of new particles, which in turn would explain why the strong force â€” which ultimately keeps atoms from collapsing â€” seems to obey certain symmetries. And along the way, it could help reveal the nature of dark matter â€” the elusive substance that makes up most matter.Â

Related: What is the Higgs boson? God particle explained

A tale of two Higgs

In 2012, the Large Hadron Collider achieved a truly monumental feat; this underground particle accelerator along the French-Swiss border detected for the first time the Higgs boson, a particle that had eluded physicists for decades. The Higgs boson is a cornerstone of the Standard Model; this particle gives other particles their mass and creates the distinction between the weak nuclear force and the electromagnetic force.

But with the good news came some bad. The Higgs had a mass of 125 gigaelectronvolts (GeV), which was orders of magnitude smaller than what physicists had thought it should be.

To be perfectly clear, the framework physicists use to describe the zoo of subatomic particles, known as the Standard Model, doesn’t actually predict the value of the Higgs mass. For that theory to work, the number has to be derived experimentally. But back-of-the-envelope calculations made physicists guess that the Higgs would have an incredibly large mass. So once the champagne was opened and the Nobel prizes were handed out, the question loomed: Why does the Higgs have such a low mass?

In all experiments performed to date, the strong force appears to obey the combined symmetry of both charge reversal and parity reversal. But the mathematics of the strong force do not show that same symmetry. No known natural phenomena should enforce that symmetry, and yet nature seems to be obeying it. What gives?

A matter of multiverses

A pair of theorists, Raï¬€aele Tito D’Agnolo of the French Alternative Energies and Atomic Energy Commission (CEA) and Daniele Teresi of CERN, thought that these two problems might be related. In a paper published in January to the journal Physical Review Letters, they outlined their solution to the twin conundrums.

Their solution: The universe was just born that way.

They invoked an idea called the multiverse, which is born out of a theory called inflation. Inflation is the idea that in the earliest days of the Big Bang, our cosmos underwent a period of extremely enhanced expansion, doubling in size every billionth of a second.

Physicists aren’t exactly sure what powered inflation or how it worked, but one outgrowth of the basic idea is that our universe has never stopped inflating. Instead, what we call “our universe” is just one tiny patch of a much larger cosmos that is constantly and rapidly inflating and constantly popping off new universes, like foamy suds in your bathtub.

Different regions of this “multiverse” will have different values of the Higgs mass. The researchers found that universes with a large Higgs mass find themselves catastrophically collapsing before they get a chance to grow. Only the regions of the multiverse that have low Higgs masses survive and have stable expansion rates, leading to the development of galaxies, stars, planets and eventually high-energy particle colliders.

To make a multiverse with varying Higgs masses, the team had to introduce two more particles into the mix. These particles would be new additions to the Standard Model. The interactions of these two new particles set the mass of the Higgs in different regions of the multiverse.

And those two new particles are also capable of doing other things.

Time for a test

The newly proposed particles modify the strong force, leading to the charge-parity symmetry that exists in nature. They would act a lot like an axion, another hypothetical particle that has been introduced in an attempt to explain the nature of the strong force.

The new particles don’t have a role limited to the early universe, either. They might still be inhabiting the present-day cosmos. If one of their masses is small enough, it could have evaded detection in our accelerator experiments, but would still be floating around in space.

In other words, one of these new particles could be responsible for the dark matter, the invisible stuff that makes up over 85% of all the matter in the universe.

It’s a bold suggestion: solving two of the greatest challenges to particle physics and also explaining the nature of dark matter.

Could a solution really be this simple? As elegant as it is, the theory still needs to be tested. The model predicts a certain mass range for the dark matter, something that future experiments that are on the hunt for dark matter, like the underground facility the Super Cryogenic Dark Matter Search, could determine. Also, the theory predicts that the neutron should have a small but potentially measurable asymmetry in the electric charges within the neutron, a difference from the predictions of the Standard Model.

Unfortunately, we’re going to have to wait awhile. Each of these measurements will take years, if not decades, to effectively rule out â€” or support – the new idea.