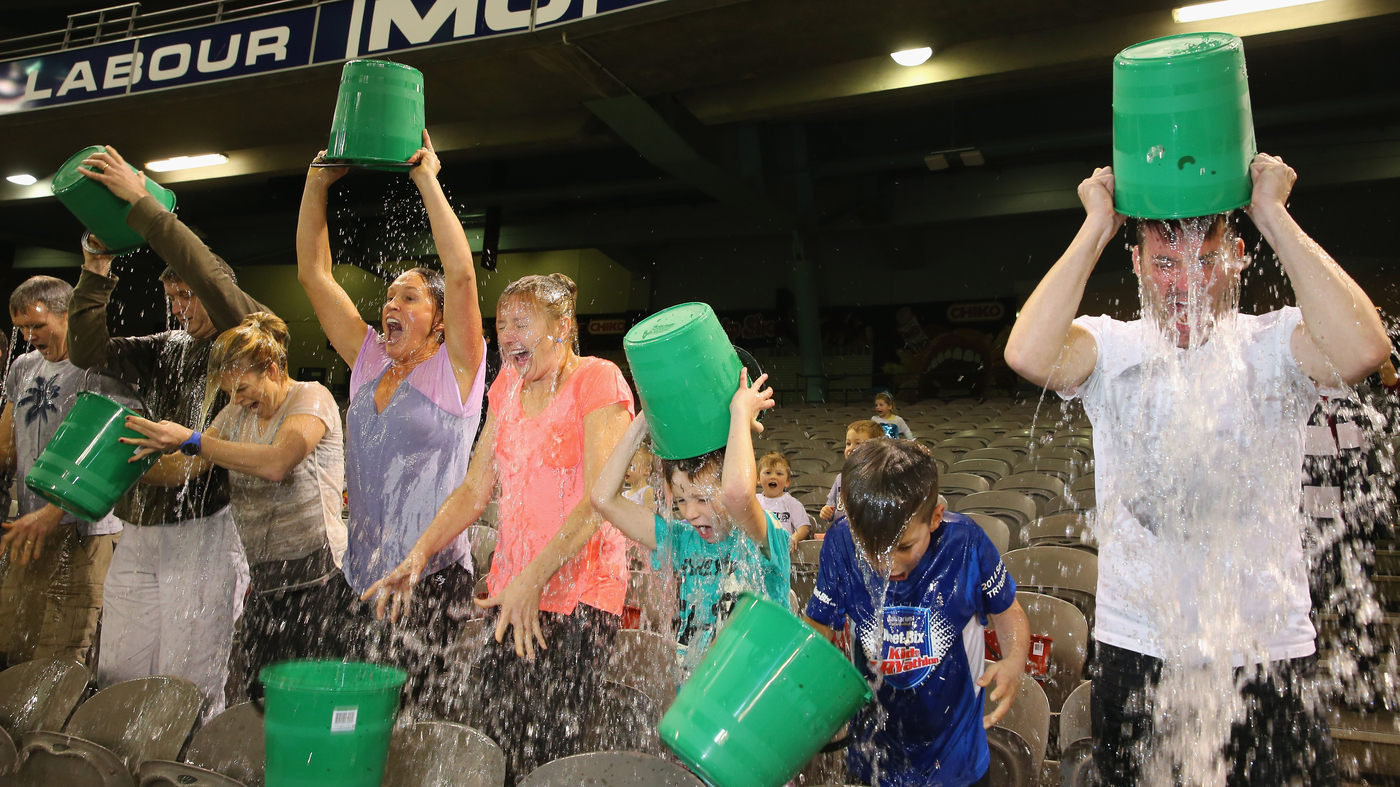 Participants tip buckets of ice water over their heads as they take part in the World Record Ice Bucket Challenge at Etihad Stadium on Aug. 22, 2014, in Melbourne, Australia.

Participants tip buckets of ice water over their heads as they take part in the World Record Ice Bucket Challenge at Etihad Stadium on Aug. 22, 2014, in Melbourne, Australia.

If you think back to 2014, you might remember videos scattered across your social media feeds showing your friends standing out in their yards waiting and smiling nervously for the cold shock that was about to hit them.

After your friend spoke a bit and made a pledge to donate money to the ALS Association, a massive bucket of ice water was poured on their head, drenching them as they tried to shake off the cold. And whether it was before or after, each video included a challenge to another friend to do the same thing.

That’s how almost every ALS Ice Bucket Challenge went — and while it might have seemed that it was just a social media trend, it actually did make a huge difference in the world of ALS research.

The ALS Association said that $2.2 million of funds that were raised from the Ice Bucket Challenge went into funding the development and trial of the new drug that the Food and Drug Administration approved this week for treatment of ALS, which is also known as Lou Gehrig’s disease.

“We thank the millions of people who donated, participated, and enabled us to invest in promising therapies like AMX0035 that will immediately help people living with ALS,” said Calaneet Balas, president and CEO of the ALS Association. “This is a victory for the entire ALS community, which came together to advocate for early approval” of the treatment.

The new drug is not a cure for the fatal neurodegenerative disease, but it does slow down the effects. Balas said funding from the challenge has “dramatically accelerated the fight against ALS.”

The drug approved recently by the FDA is not the only one benefitting from the challenge. More than $115 million were raised from the trend, and the ALS Association said it is funding 130 research projects in 12 different countries, as well as 40 potential treatments that are in development.