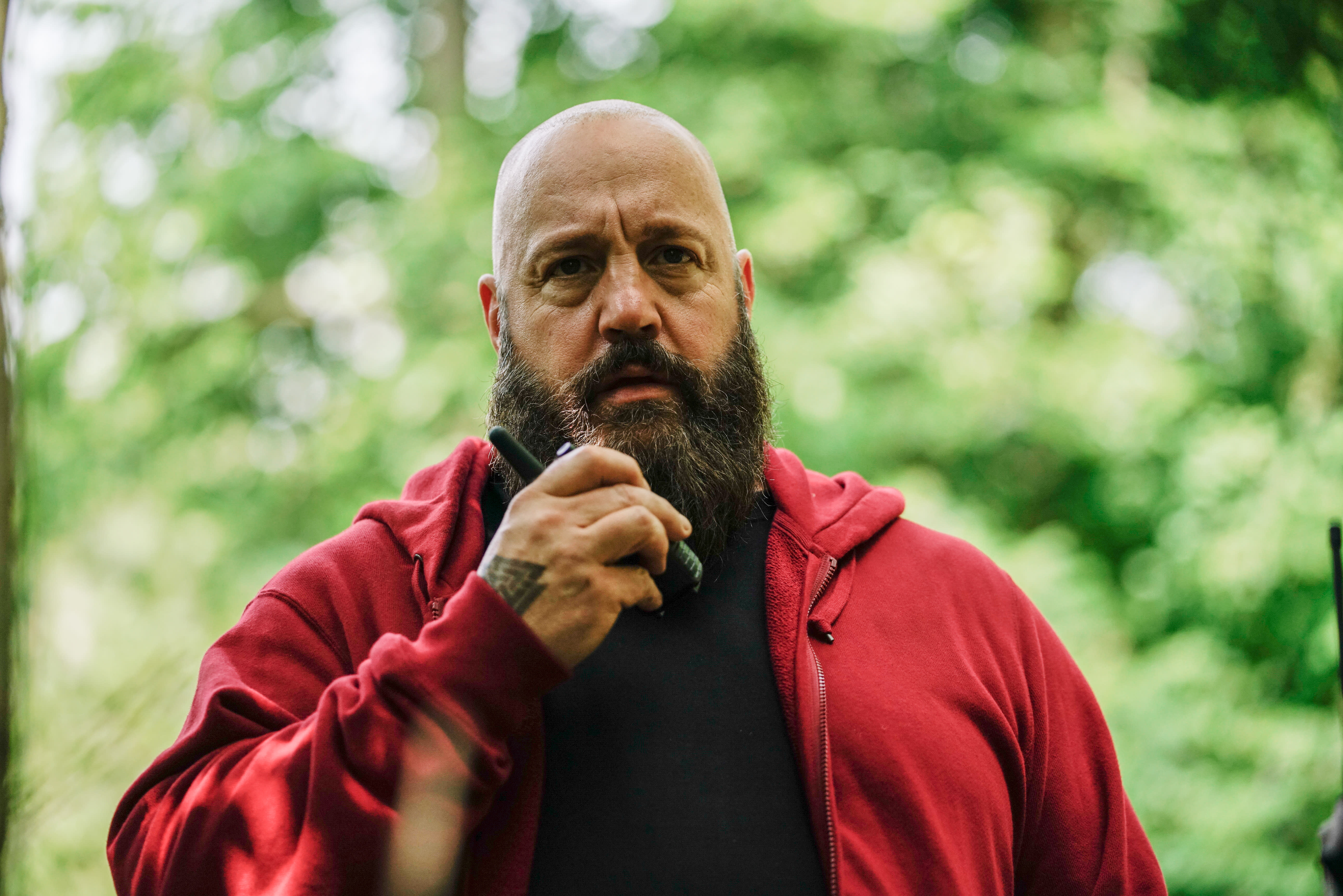 The It List is Yahoo’s weekly look at the best in pop culture, including movies, music, TV, streaming, games, books, podcasts and more. During the coronavirus pandemic, when most of us are staying at home, we’re going to spotlight things you can enjoy from your couch, whether solo or in small groups, and leave out the rest. With that in mind, here are our picks for June 1-7, including the best deals we could find for each. (Yahoo Entertainment may receive a share from purchases made via links on this page.)

STREAM IT: Kevin James breaks bad in a big way in the ultra-violent thriller Becky

Forget The King of Queens: Kevin James plays a King of Convicts in the new home invasion thriller, Becky. And the star of PG-rated comedies like Paul Blart: Mall Cop and Here Comes the Boom completely embraces his R-rated makeover, with a mean prison beard and attitude to match. Breaking out of the big house with several other jailbirds, James’s psychotic neo-Nazi Dominick seeks shelter at a secluded lake house only to discover that the actual homeowners — including the titular teenager — got there first. Becky (Lulu Wilson) is already unhappy to be spending time with her widower dad (Joel McHale) and his new girlfriend (Amanda Brugel), and that fury serves her well when she has to take on the invaders single-handedly. Interestingly, Simon Pegg of Shaun of the Dead fame was originally set to break bad as Dominick, but had to drop out before filming began, clearing the way for James to play his first bad guy role. That makes him the latest comic actor to drastically change up his screen image: Last year, perpetual nice guy Jim Gaffigan played a kidnapper in American Dream, while James’s pal Adam Sandler recently delighted audiences and critics as an unrepentant gambler in the cult favorite, Uncut Gems. Here’s a free idea for HBO Max: After releasing the Snyder Cut of Justice League, how about a Legion of Doom movie starring Gaffigan, James and the Sandman? — Ethan Alter

Becky is available to rent on Friday, June 5 on most VOD services like iTunes and Vudu.

Not only is Damon Lindlelof’s inspired Watchmen sequel/reboot (seqboot?) one of the most engaging and inventive television shows (er, limited series) to debut in years, especially in the genre realm, but re-watching it in our new post-coronavirus, far-from-post-racial reality makes for an entirely new experience. Let’s start with the fact that our masked heroes were way ahead of the curve in their facial wear. But the show, which launches from the real-life, little-known 1921 Tulsa Massacre and positions Oklahoma white supremacists as its main antagonists, resonates even deeper in the weeks and days following the modern-day lynching of Ahmaud Arbery in Georgia and horrifying killing of another black man, George Floyd, by Minneapolis police. The way Watchmen both expanded on its classic graphic novel mythology and updated it for the MAGA era are a couple reasons why fans are desperate for a second season. Whether or not that’s granted, for now fans can so soak up 90 minutes of behind-the-scenes bonus features, which you can preview in our exclusive clip (with major spoilers!) above. — Kevin Polowy

Watchmen will be available on Blu-ray or DVD Tuesday, June 2 on Amazon.

WATCH IT: John Travolta is a real honky tonk man in Urban Cowboy, now available on Blu-ray for its 40th anniversary

Three years after he single-handedly made disco cool in 1977’s Saturday Night Fever, John Travolta kick-started the mechanical bull craze in Urban Cowboy. Filmed on location at the Pasadena, Tex. honky tonk spot, Gilley’s Club — owned and operated by country music singer, Mickey Gilley, who plays himself onscreen — the movie chronicles the tumultuous romance between Travolta’s Bud and Debra Winger’s Sissy, with Scott Glenn playing rowdy Wes Hightower. But the movie’s real star is the aforementioned mechanical bull, which becomes a challenge all three characters seek to conquer… but only one succeeds. Urban Cowboy is celebrating its 40th anniversary with its first-ever Blu-ray release, which includes outtakes, rehearsal footage, deleted scenes and a retrospective making-of featurette that includes eyewitness commentary from Gilley. Check out the exclusive clip above where the nightclub’s namesake talks about how he came up with the bright idea to add a mechanical bull to his establishment and made movie history in the process. — E.A.

WATCH IT: Relive the life and times of Bruce Lee in the 30 for 30 documentary Be Water

If you only know Quentin Tarantino’s version of Bruce Lee, get the full story of the martial arts icon’s short, but eventful life in Be Water, the latest entry in ESPN’s 30 for 30 documentary series. Directed by Bao Nguyen, the documentary features new interviews with Lee’s friends and family — including his widow, Linda — and archival footage from his classic movies and public appearances. Don’t expect any Rick Dalton or Cliff Booth sightings, though. — E.A.

STREAM IT: We Are Freestyle Love Supreme reveals the origin story behind Lin-Manuel Miranda’s hip-hop supergroup

Every saga has a beginning — that’s true of Star Wars and Lin-Manuel Miranda. The Tony-winning maestro took his first step towards Broadway domination when he co-founded the early-aughts hip-hop collective Freestyle Love Supreme and spat rhymes alongside future Hamilton collaborators Thomas Kail and Christopher Jackson. Director Andrew Fried was there to record the group’s first performances, and kept filming up until their Broadway reunion last year. That multi-decade journey is chronicled in We Are Freestyle Love Supreme, coming to Hulu after its Sundance Film Festival premiere in January. Besides the fun of watching a baby-faced Miranda, the documentary allows you to groove on watching a talented hive of artists realize their musical theater dreams in real time. — E.A.

We Are Freestyle Love Supreme premieres Friday, June 5 on Hulu.

WATCH IT: Supermodels of the world unite for the fifth season of RuPaul’s Drag Race All Stars

Drag Race fans already going through withdrawals now that Season 12 has wrapped needn’t worry — because the library is still open! Ten RPDR alumni, including fan favorites like Shea Couleé and Miz Cracker and classic queens like Season 1’s Ongina and Season 2’s Jujubee, engage in a battle royale for the AS5 crown — and, in a face-cracking twist, “lip-sync for their legacy” against mystery “lip-sync assassins” from the series. You betta watch! — Lyndsey Parker

El-P and Killer Mike are finally back with Run the Jewels 4, their first full-length album since 2016, featuring everyone from Pharrell Williams and 2 Chainz to Queens of the Stone Age’s Josh Homme and Rage Against the Machine’s Zack de la Rocha to even Mavis Staples. We sincerely hope a “Meow the Jewels” companion album is also in the works. — L.P.

WATCH IT: Dirty John returns with the infamous story of Betty Broderick

After recounting the true story of John Meehan conning his way into a woman’s life in its first season, Dirty John is moving on to the case of Betty Broderick, a woman who was convicted of having killed her ex-husband and his new wife in their own bed. The case will be familiar to anyone who watched the 1992 TV movie, A Woman Scorned: The Betty Broderick Story. Meredith Baxter was nominated for an Emmy for playing Broderick, and it’s aired repeatedly on Lifetime. In this campier new take, Amanda Peet takes the lead role, while Christian Slater steps in to play the object of her obsession. — Raechal Shewfelt

WATCH IT: Jaws swims onto 4K for the first time

There are certain movies we’ll never get sick of seeing reissued. Steven Spielberg’s beach nightmare thriller Jaws is right up there. Who knows how safe we’ll feel going into the water this summer, but the 1975 classic that first scared everybody out of it gets a home video upgrade with a new 45th Anniversary Limited Edition 4K Ultra HD release. The combo pack includes a 44-page booklet (why not 45??) on the film as well as over three hours of bonus feature material, including deleted scenes, outtakes and making-of featurettes. It’s the perfect way to celebrate one of summer’s all-time great scarefests. — K.P.

HEAR IT: Even the Rich recounts Beyoncé and Jay-Z’s love story

This Wondery podcast, hosted by Los Angeles comediens Aricia Skidmore-Williams and Brooke Siffrinn, takes an in-depth look at some of the most famous families in the world, including Prince Harry and Meghan Markle and the Murdochs, as in media mogul Rupert Murdoch. Its latest series focuses on the Carters, including the rise of the two music stars — never forget her group Girl Tyme was on Star Search! — and how the couple got together. There’s even some analysis of their song lyrics and, yep, the elevator incident is part of it, too, right from the first few minutes of the “Crazy in Love” episode. Look out for a series on the Kardashians coming soon. — R.S.

Even the Rich is available wherever you get your podcasts.

READ IT: The Birds of Prey reunite in a comic book one-shot for DC Black Label

Fresh of their hit R-rated movie, the fantabulous Harley Quinn and her fellow Birds of Prey headline a new one-shot comic book for DC’s R-rated Black Label series. Written by Brian Azzarello and illustrated by Emanuela Lupacchino and Ray McCarthy, the story pits the super-team against a Gotham City crime syndicate… and their own personal demons. Grab your favorite breakfast sandwich and feast on 96 pages of bone-crushing BoP action. — E.A.

STREAM IT: Dear Class of 2020 is a commencement to remember

Not many of us can say we had President Barack Obama and first lady Michelle as graduation speakers, but now everyone who’s missing out on in-person commencement ceremonies because of the coronavirus can. They’re just a couple of the many, many stars appearing in YouTube’s online event celebrating those who just finished high school or college. Beyoncé, BTS, Lady Gaga and many more will offer inspiring speeches and performances. The show will also highlight footage submitted by grads and their proud friends and family. Congratulations, y’all! — R.S.

HEAR IT: Dion sings the blues — with some famous pals

Download/stream Blues With Friends on Apple Music, buy on CD/vinyl on Amazon.

SCOOP: Kartik Aaryan on the look out for a quick 30-day film as Bhool Bhulaiyaa 2 & Dostana shoot delayed! : Bollywood News –...