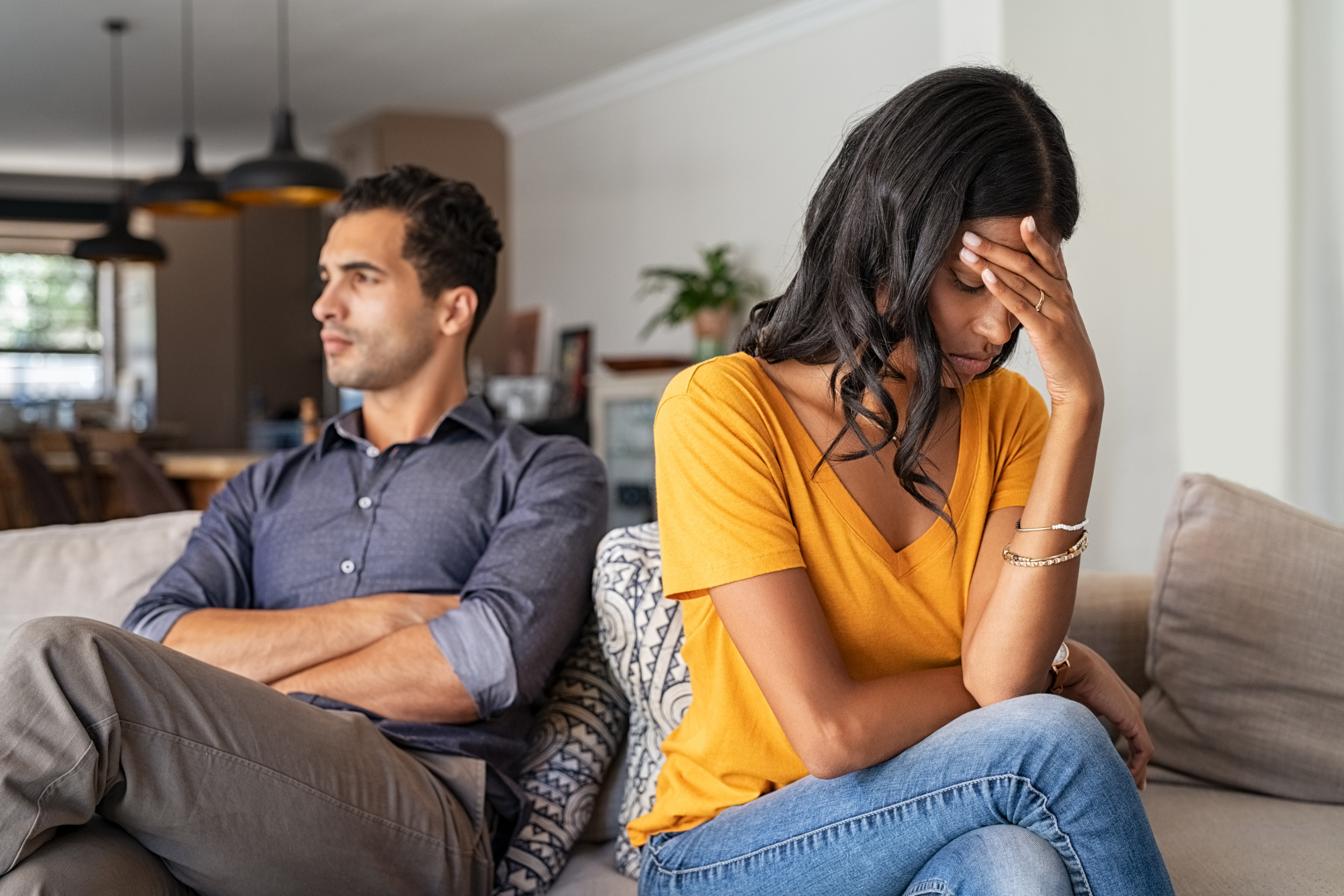 There’s a new red flag on the block and it appears to be a “gaslighted apology.” While many of us already know, to some degree, the definition of gaslighting, here we are unraveling how to deal with it when it’s in the form of an apology.

Gaslighting alone is a recognized form of psychological abuse in which a person or group causes someone to question their own sanity, memories, or perception of reality.

Usage of the term has increased since 2013 and hasn’t slowed down since. However, in 2017, a YouGov poll revealed 75 percent of U.S. adults had never heard the term “gaslighting” before—or have heard the term but don’t know what it means. The poll found only 19 percent know the definition of gaslighting.

Newsweek previously shared an article based on a viral thread from the popular discussion site Mumsnet about a woman who was gaslighted by her partner who was allegedly having an affair.

In the emotional post, the wife explained how her husband felt like she wasn’t “present” nor “giving him attention” while she looked after her parents, which is why he went for an expensive dinner with another woman.

The story highlights how a narcissist may shift the blame onto you if they aren’t getting the attention they desire.

What Is A Narcissist?

Emyli Lovz, a dating expert based in San Fransisco, told Newsweek: “A narcissist gets their self-esteem from others, so if something happens in a relationship where your focus or attention is no longer on them because you are dealing with something important to you, they will look outside of the relationship for validation. For the external approval that they need to survive.

“Narcissists aren’t aware of their behavior which would explain why they are unable to take accountability when in the wrong.”

What Is A Gaslighting Apology?

Jamie Schenk DeWitt, a psychotherapist and marriage and family therapist in Los Angeles told Newsweek: “A gaslighting apology is a conditional apology that makes the person apologizing appear as if they are sincerely saying ‘I am sorry,’ but they aren’t taking any responsibility for hurting you.

“This person is basically saying, ‘I am sorry you feel that way,’ which is a mental minefield for you because it gives you the illusion that your feelings are being validated, but in fact, it is just another facet of this person’s distorted reality.

“They don’t for one second think that they did anything wrong, and they are implying that it is your problem that your feelings got hurt. The cause of the gaslighting apology is to keep any shame or character flaw as far away from them as potentially possible. It is nearly unimaginable for this person to comprehend that they did or could do something damaging, which is why they gaslighted you in the first place.

“Seriously, try to extract yourself from the pain and suffering of living with someone who will do anything at any cost to preserve their greatness and power at your expense. I do not say any of this lightly and do deeply understand that this can be a complicated and tough reality to navigate leaving.”

It isn’t just gaslighted apologies to look out for, but toxic amnesia too.

The Differences Between Toxic Amnesia and Gaslighting

She said: “Toxic amnesia is a tactic that is used to manipulate an individual’s perception and ultimately leads the victim to question their own sanity. The word ‘toxic’ is crucial here and sets this form of amnesia apart from others; it is denying or disregarding the occurrence of, or recollections about, an event that causes harm to another.

“In the event of toxic amnesia, the harm caused is most often emotional, resulting in the victim feeling filled with self-doubt and lacking confidence.”

How To Deal With Gaslighting

Jeffries, who also holds a Master of Science in Therapeutic Counseling, has shared tips on how to deal with gaslighting.

Give Yourself Space From the Perpetrator

Often, the perpetrator will prevent you from having breathing space or time away from them. This space is so important as it gives you a chance to gain clarity and spend time reflecting on your feelings about what you may be experiencing.

This is such simple advice, yet so important. Listen to your gut instinct; if something doesn’t feel right about how someone is treating you, and you feel the relationship isn’t serving you well, trust this feeling.

After experiencing toxic amnesia, it is likely that you are questioning yourself and what you believe to be true. It’s likely that the experience has left you feeling unsure of yourself and what feels right for you. If you have friends and family you feel able to trust, it may be a good idea to open up to them and share your experience. This will not only enable you to feel less alone but will give you an outsider’s perspective on your situation.

While supportive friends and family are invaluable, talking to a professional (ideally with knowledge of different forms of emotional abuse) about your experience of toxic amnesia can support you in gaining clarity around what you experienced, and can help you to ascertain a plan around how to move forward and gradually rebuild the confidence that has likely to have been eroded.

Have you noticed any red flags that made you end a relationship? Let us know via life@newsweek.com. We can ask experts for advice, and your story could be featured on Newsweek.