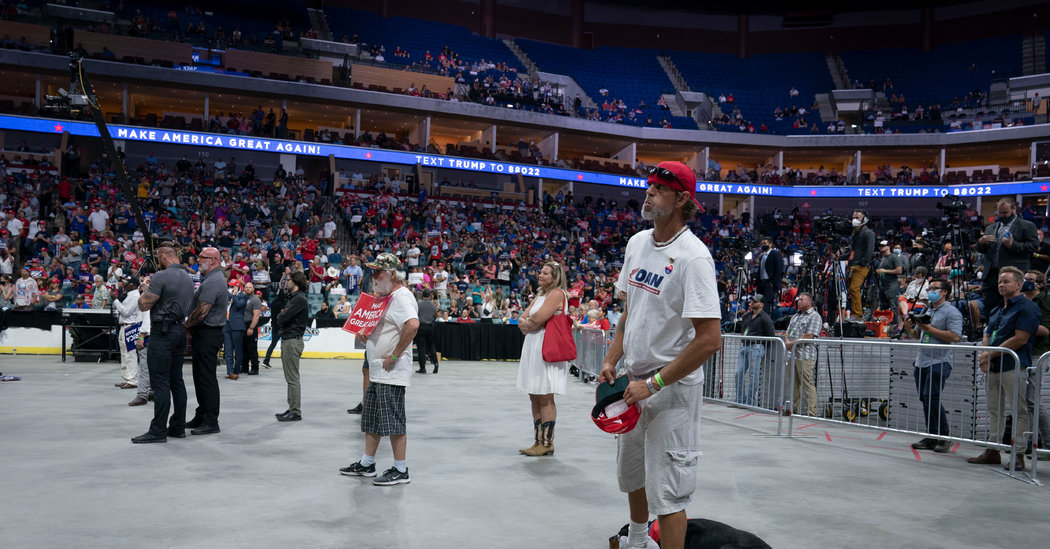 In a statement, Mr. Parscale, the campaign manager who many advisers singled out for the overhyped numbers, claimed the reports about TikTok users and Korean pop music fans foiling attendance at the rally were inaccurate, and even raised the possibility of not allowing the news media to attend events in the future.

â€œLeftists and online trolls doing a victory lap, thinking they somehow impacted rally attendance, donâ€™t know what theyâ€™re talking about or how our rallies work,â€ Mr. Parscale said. â€œRegistering for a rally means youâ€™ve RSVPâ€™d with a cellphone number and we constantly weed out bogus numbers, as we did with tens of thousands at the Tulsa rally, in calculating our possible attendee pool.â€

Instead, he blamed the news media for the low turnout.

â€œThe fact is that a weekâ€™s worth of the fake news media warning people away from the rally because of Covid and protesters, coupled with recent images of American cities on fire, had a real impact on people bringing their families and children to the rally,â€ he said.

Campaign officials on Sunday privately admitted that many people who had signed up to attend the event were not supporters but online tricksters. One campaign adviser claimed that â€œtroll dataâ€ was still useful, claiming it would help the campaign avoid the same pitfall in the future.

The adviser said that the data could be put into the system to â€œtighten up the formula used to determine projected attendance for rallies.â€

In an interview, Mr. Parscale said the empty arena was not his fault, and that local law enforcement in Tulsa had overreacted, making it difficult for supporters to gain entry. He claimed to have thousands of emails from supporters who tried to get into the Bank of Oklahoma Center and were turned away, but he did not share those messages or names of supporters.

And he shrugged off the rumors about his demise, claiming he had been fired 85 weeks in a row.

But unlike most situations in which Mr. Trumpâ€™s advisers have tried to keep certain information from him â€” such as the fact that Mr. Biden outraised him in the month of May â€” or put a rosy sheen on it, the president saw for himself the empty seats in Oklahoma.