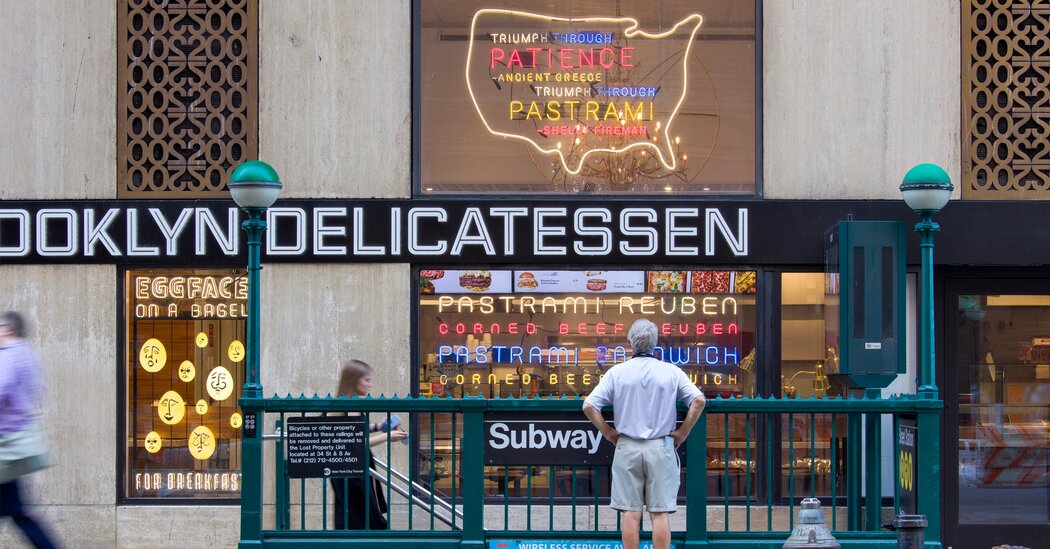 This article is part of our latest Design special report, about creative people finding fresh ways to interpret ideas from the past.

Vicki Bodwell is an internet retail executive who moved to New York City from Texas in the late 1980s. Over breakfast recently, she told me in great detail about the very authentic bagel shop in TriBeCa where her family likes to go on Sunday mornings. As she spoke, I was thinking that there was a limit to how deep this shop’s roots could be. New York has many historically Jewish neighborhoods, but TriBeCa isn’t one of them.

The bagel shop in question, Zucker’s, is in fact the original outpost of a six-store chain, opened in 2006. And its revised approach to Jewish cuisine — the bagels are hand-rolled, but you can get them with bacon — is part of a broader trend in which all forms of ethnic food are regarded as the raw material for 21st-century artisanal tinkering.

New York, of course, was once a checkerboard of Jewish neighborhoods, and every such enclave had one or more kosher delis upholding Orthodox dietary strictures in which meat and dairy must be kept separate and pork products are banned. By one count, New York had upward of 1,500 Jewish delis in the 1930s, which dwindled into the 10s in recent decades. The change was largely caused by demographics; the city’s Jewish population peaked at roughly 2 million circa 1950 and was half that by the early 1980s. The traditional delis were also undercut by changing attitudes toward their mainstays: fat, carbohydrates and salt.

Inevitably the last of the authentic places — including Katz’s Delicatessen, the century-old, neon-bedecked East Houston Street tourist magnet, and its neighbor, the equally venerable shop Russ & Daughters — have been joined by an increasing number of simulacra: the designer delis.

For those of us who grew up with the Jewish delis owned by our parents’ or grandparents’ generation, there’s an upside and a downside to revisionist Jewish cuisine. On the one hand, excellent bagels, lox and cured meats are now wonderfully easy to obtain. On the other hand, there’s something slightly off-kilter about this attempt to resuscitate, through deft branding, the cranky, cerebral, irreverent Jewish culture that was once a dominant feature of New York City’s character.

The standard-bearer for these mixed emotions might be Frankel’s Delicatessen & Appetizing, a corner shop on a stretch of Manhattan Avenue in Brooklyn, where Greenpoint meets Williamsburg. It was founded in 2016 by brothers Zach and Alex Frankel — one an experienced restaurant hand, the other a musician — who were then 28 and 33. The idea for the business emerged after an hourslong wait at Russ & Daughters for lox and bagels to bring to their mother on her 60th birthday.

On the long drive to their mother’s upstate home and back, the brothers conjured what Zach Frankel described as “greatest hits” versions of deli food, Jewish and otherwise: from “the bodega breakfast sandwich to the high-end smoked salmon to a giant pastrami Reuben.”

“People would always ask us, do you think there’s enough Jewish people who live in Greenpoint?” Mr. Frankel recalled. Their reply: “That’s not necessarily who we’re building this for.” Now, the clientele at lunch rush is “a wild mix of, of characters,” he said. And they order more bacon than any other kind of meat.

The décor was intended as a “homage” to a number of traditional delis. Basically, Frankel’s is a white room ornamented with colorful products and hand-painted signage courtesy of Sam Moses, reputed to be one of Coney Island’s best sign painters. “At some point he almost became the designer because he did all of our hand-lettering and all of the mirrors,” Mr. Frankel recalled.

Another revisionist deli opened in midtown Manhattan late last year. The USA Brooklyn Delicatessen — located a couple of blocks north of where the Carnegie Deli served overstuffed sandwiches until it closed in 2016 — returned the monster-sized Reuben to Seventh Avenue. Owned by Shelly Fireman, the restaurateur who also created the Brooklyn Diner around the corner, the deli’s inspiration isn’t Jewish food, per se, but the supremely marketable concept known as Brooklyn.

Here the visual style takes its cues from Times Square, by way of the graphic designer Paula Scher. Ms. Scher enjoys flamboyant typography, and she also likes to paint epic-scaled maps that are devil-may-care when it comes to cartographic accuracy. Together with the fabricators at Let There Be Neon, she created illuminated signs for USA Brooklyn Delicatessen that manage to transcend the restaurant’s retro schtick.

Arguably, Ms. Scher’s contribution to the emerging generation of Jewish-style delis is an attempt to elevate pastiche into high culture. As she sees it, she’s taken the language of old-school signage and turned it into an “installation.” It “had to scream ‘deli’,” she said. But “in an art way, as opposed to the really schlocky deli way.”

Meanwhile, Zucker’s is about to open its newest location, its first in midtown Manhattan, just across Sixth Avenue from Bryant Park. This Zucker’s, in a wild break with tradition, will feature a bar in the front and bagels in the back.

The curious thing is that the décor of the midtown branch, which sounded suspiciously ersatz when Ms. Bodwell initially described it to me, is not exactly derivative of Jewish eateries past — except for the logo, which suggests that Zucker’s has been around forever. It was hand drawn by the restaurant branding firm Memo in 2016 and painted in gold leaf on the window. Douglas Riccardi, the principal of Memo, theorized that its job was to bridge “the gap between the familiar and an emotional state.” The message: “The brand is now firmly rooted in legacy, upholding the seminal New York bagels and lox mystique.”

So what is the source of Jewish deli cuisine’s new allure?

Annelise Orleck, a professor of American history at Dartmouth College, who grew up in Manhattan Beach in Brooklyn, suggested the source of the current revival may be the Amazon show “The Marvelous Mrs. Maisel.” The show, which debuted in 2017, was an engaging fantasy about Jewish New York that, Ms. Orleck theorized, offered a substitute for the now-tarnished Woody Allen version.

Zach Frankel offered a more predictable explanation. When I brought up examples of designer delis in other cities, like Perly’s in Richmond, Va., he responded, “I mean, there’s amazing ones. I follow a ton of them on Instagram” including Courage Bagels in Los Angeles and Bagelsaurus in Cambridge, Mass. (Indeed, I was stunned to realize that overflowing bagels and deli sandwiches take up a vast amount of Instagram real estate.)

At minimum, there are two ways to look at this. One way was suggested to me by Andrea Simon, a documentary filmmaker with a specialty in Jewish themes. The Jewish-inspired restaurants, she argued, are a poor substitute for a worldview. She responded to my questions about the meaning of the designer deli by emailing me “Yiddishkeit,” a mournful 1938 poem, whose author, Jacob Glatstein, asked, “Shall Jewishness become only a folk song, that catches at the heart and coats the entrails with the warm honey of memory?”

And yet what Ms. Simon perceived as a tragedy, Ms. Bodwell saw as a touchstone. The 21st-century bagel store embodied “everything about New York that I love,” she said.

Or as Mr. Riccardi of Memo framed it, “We use food to give us back our culture.” 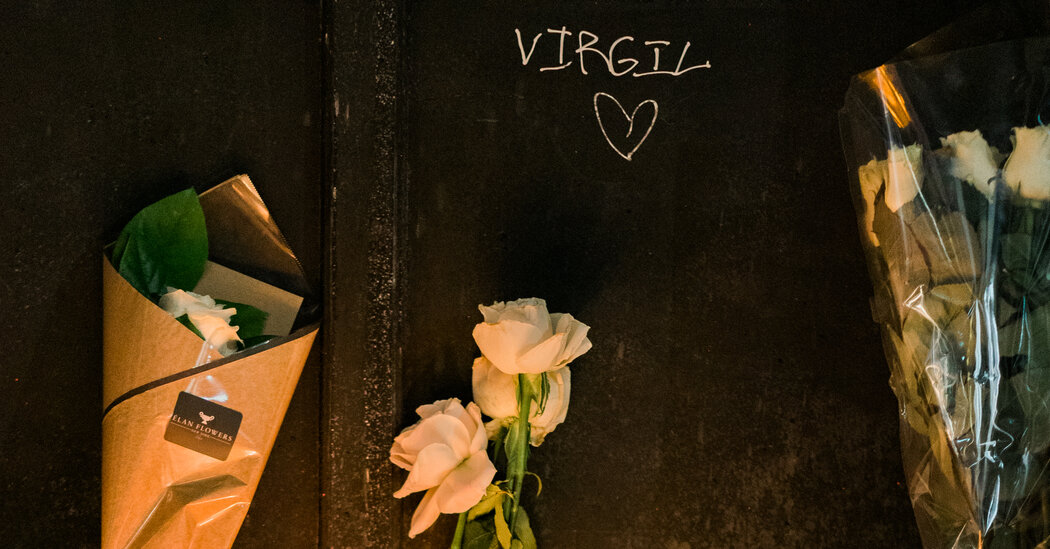 Honoring Virgil Abloh, ‘the Ultimate Designer,’ at His Store 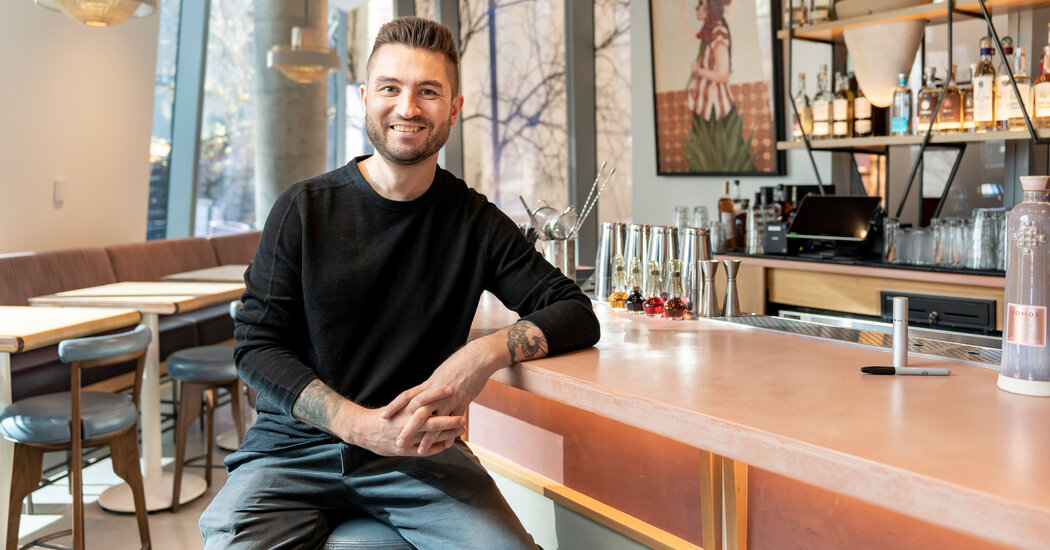 Empellón Taqueria Opens an Outpost on the Upper West Side 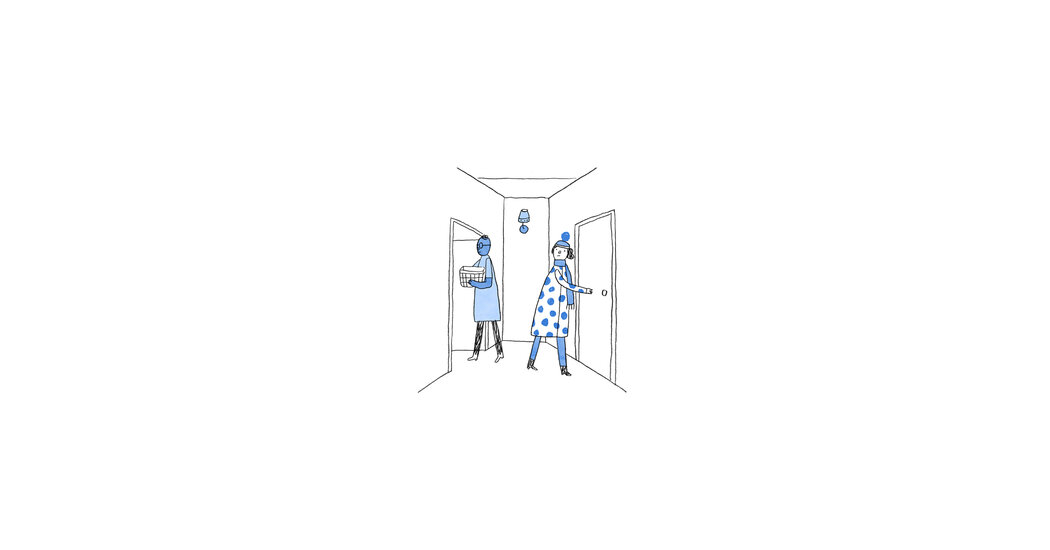 Tiny Love Stories: ‘Your Husband Will Probably Leave You Now’