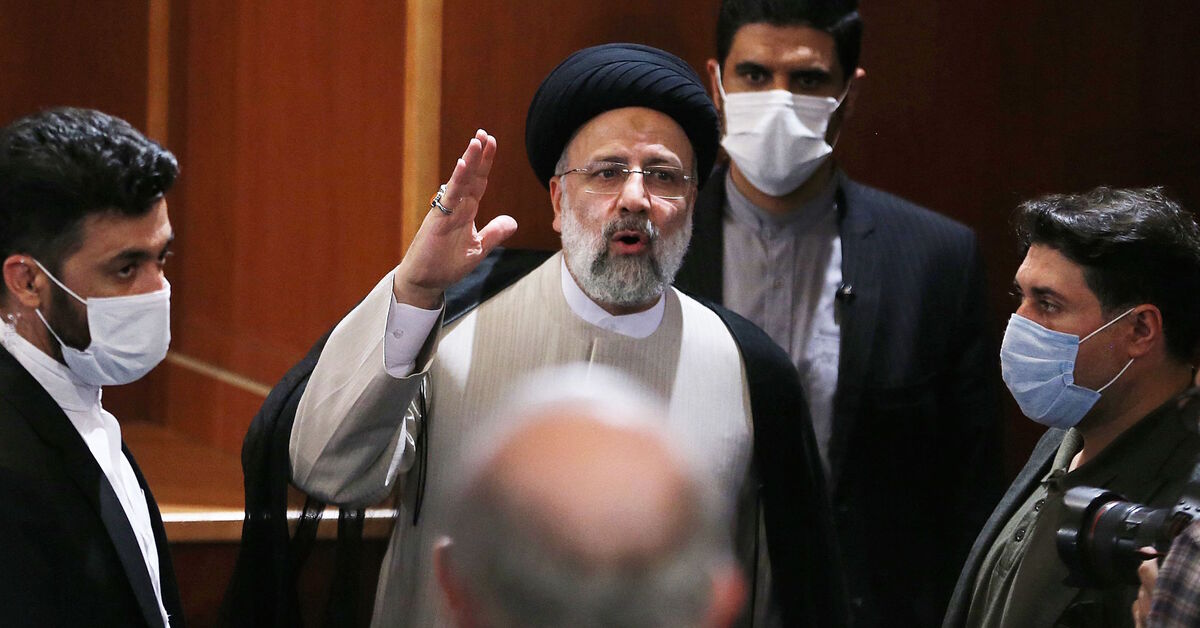 Hard-liner Ebrahim Raisi took office as president of Iran on Aug. 3, and the conventional wisdom is that a return to the Joint Comprehensive Plan of Action (JCPOA), or Iran nuclear deal, just got a lot harder.

Here come the Hezbollahis. With Raisi comes a cadre of more revolutionary regime loyalists associated with Supreme Leader Ayatollah Ali Khamenei; they have been referred to as the “New Hezbollahis” by Ali Hashem. This doesn’t necessarily mean, however, that Raisi doesn’t have a pragmatic streak, or won’t deal with the West. “It’s possible to foresee that while the decision to engage with the West will not change, the tone, expectations and ceiling are going to see a clear shift,” writes Hashem.

Rouhani sees law as obstacle. Outgoing Iranian President Hassan Rouhani, in an interview Aug. 2 reported by Amwaj.media, said Raisi may be bound by a law passed by the parliament in December 2020 that compels the government to adopt a series of escalatory nuclear-related steps if the United States does not reenter the Joint Comprehensive Plan of Action (JCPOA) — thereby boxing in Raisi’s options.

Mohsen Milani, a political scientist at the University of South Florida, told Al-Monitor in an email that a deal is possible but harder because “Raisi needs to appeal to his more hardline constituency, the US wants to link the revival of the JCPOA to talks about Iran’s missile programs and its regional policies, and Iranian trust in the US, which has always been low, hit rock bottom after US President Donald Trump withdrew from the JCPOA in 2018.”

Saman Vakil, deputy director of the Middle East North Africa program at Chatham House, told us that the JCPOA deal will be harder to close because “Raisi’s team will be seeking to get a better, more secure deal from the Biden administration, and in search of sustainability, which is key for the Iranian economy, will play hardball and up the pressure in order to extract and one-up the Rouhani team.”

Both the Biden and Rouhani administrations hoped to close the deal on the JCPOA before Raisi took office. Raisi may have preferred that as well, in order to reap the economic benefits without having to deal with the JCPOA’s complicated politics and compromises. But now the action is with Raisi, and a deal may still be possible for the following reasons:

-The Iranian economy needs relief from US oil and financial sanctions, especially because of the COVID-19 pandemic, which has hit Iran hard;

-The Iran nuclear deal was popular, and Raisi’s victory as president was marked by voter apathy and the lowest turnout ever for an Iranian presidential election;

-Raisi did not oppose the JCPOA during his presidential campaign;

-Iranian Foreign Minister Mohammad Javad Zarif, in his “final report” on the JCPOA, wrote that he leaves with a “framework for a possible deal” in place.

This can’t go on indefinitely. US Secretary of State Antony Blinken said July 29, “We are committed to diplomacy, but this process cannot go on indefinitely.” And this was before the drone attack on an Israeli-linked tanker in the Gulf of Oman later that day, which the United States and its allies have blamed on Iran (which Iran denies). Meanwhile, the Pentagon has not ruled out playing a role in the “collective response” promised by the Biden administration, Jared Szuba reports, and Israel is also weighing its options for retaliation, as Ben Caspit writes here. And today, Aug. 4, the Biden administration said it believes Iran is responsible for an apparent temporary hijacking of a Panama-flagged tanker off the coast of the United Arab Emirates.

Egypt is lending its expertise to African neighbors struggling to manage climate change and heavy flooding. George Mikhail reports on Cairo’s latest environmental initiatives, including a lab for water quality analysis in South Sudan and a forecast center in the Democratic Republic of the Congo. The Egyptian space agency has partnered with several African countries to launch a satellite that would measure and monitor climate variations, and the country in 2019 won the bid to host the headquarters of the African Space Agency.

Egypt has unveiled a plan to address water scarcity made worse by Ethiopia’s filling of the Grand Ethiopian Renaissance Dam. Egypt is already one of the most water-scarce countries in the world, and the government of the North African country has warned soaring population growth and climate change are expected to exacerbate the problem. Rasha Mahmoud explains Egypt’s four-pronged strategy to tackle water shortages, which includes the creation of water distribution facilities, an expansion of modern irrigation systems and the use of solar energy.

Russia is trying to paint itself as the protector of Syria’s cultural heritage, Sultan al-Kanj writes. Damascus’ main ally has begun restoring archaeological sites across the war-torn country, including in the ancient city of Palmyra. Analysts say the restoration work is part of Moscow’s soft-power strategy in Syria, where Russian warplanes since 2015 have participated in a punishing bombing campaign of rebel territory.

The debate over female modesty made headlines again in Turkey after a controversial cleric lashed out at members of the national women’s volleyball team, known as the “Sultans of the Net,” for wearing athletic shorts during competition in Tokyo. “You are the sultan of faith, chastity, morality and modesty … not of sports fields,” wrote archconservative theologian Ihsan Senocak in a now-viral tweet that provoked immediate backlash.

Nazlan Ertan writes that such attacks on women in Turkey who wear shorts are growing more common. By way of background, Senocak is the same cleric who once criticized men who allowed their daughters to attend school in “tight jeans” and “with plucked eyebrows.”

Today, Aug. 4, is the one-year anniversary of the Beirut port bomb blast that killed 230 Lebanese. Check out Joe Snell’s video on the impact of the tragedy, which has compounded Lebanon’s political and economic crises.

At 12 years old, Syrian table tennis sensation Hend Zaza is the youngest Olympian competing in Tokyo and the fifth-youngest Olympian of all time. Zaza, who carried Syria’s flag at the opening ceremony, lost to 39-year-old Austrian veteran Liu Jia in the first round of women’s singles. Check out Joe Snell’s video to learn more about Zaza’s Olympics debut and how the Syrian civil war impacted her training.

Stephen Kalin, The Wall Street Journal’s correspondent in Riyadh, discusses the social, economic and political reforms underway in Saudi Arabia and how those changes square with Crown Prince Mohammed bin Salman’s ongoing crackdown on dissent. Kalin also describes his level of access to Saudi decision-makers and the challenges of reporting in the kingdom. For more on the future of US-Saudi relations, the war in Yemen and prospects for Saudi diplomacy with Iran, listen to Kalin’s full interview with Andrew Parasiliti.

Gaby Lasky, a human rights activist-turned-lawmaker in Israel’s left-wing Meretz party, describes being part of the unlikely coalition government led by pro-settler Prime Minister Naftali Bennett. “Nobody thought that five months ago this was even a possibility,” she told Ben Caspit. “We’re starting to understand each other.” Check out Lasky’s podcast here.

The dual shock of restrictions to curb the coronavirus, combined with a severe drop in oil and gas revenues, fueled Algeria’s economic woes in 2020, according to the World Bank. The North African country has since eased pandemic restrictions, but Algeria’s pace of vaccinations lags behind regional peers. The bank forecasts a fragile recovery in Algeria throughout 2021, part of which hinges on reforms enabling private sector growth and a restoration of macroeconomic balances. Read the full report here. 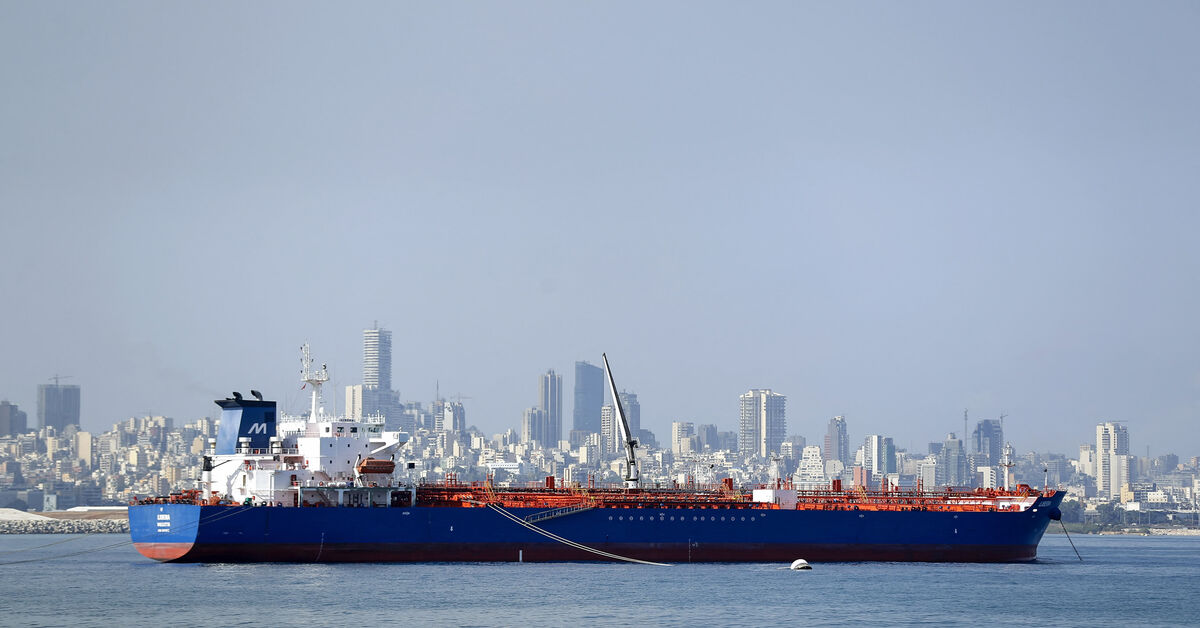