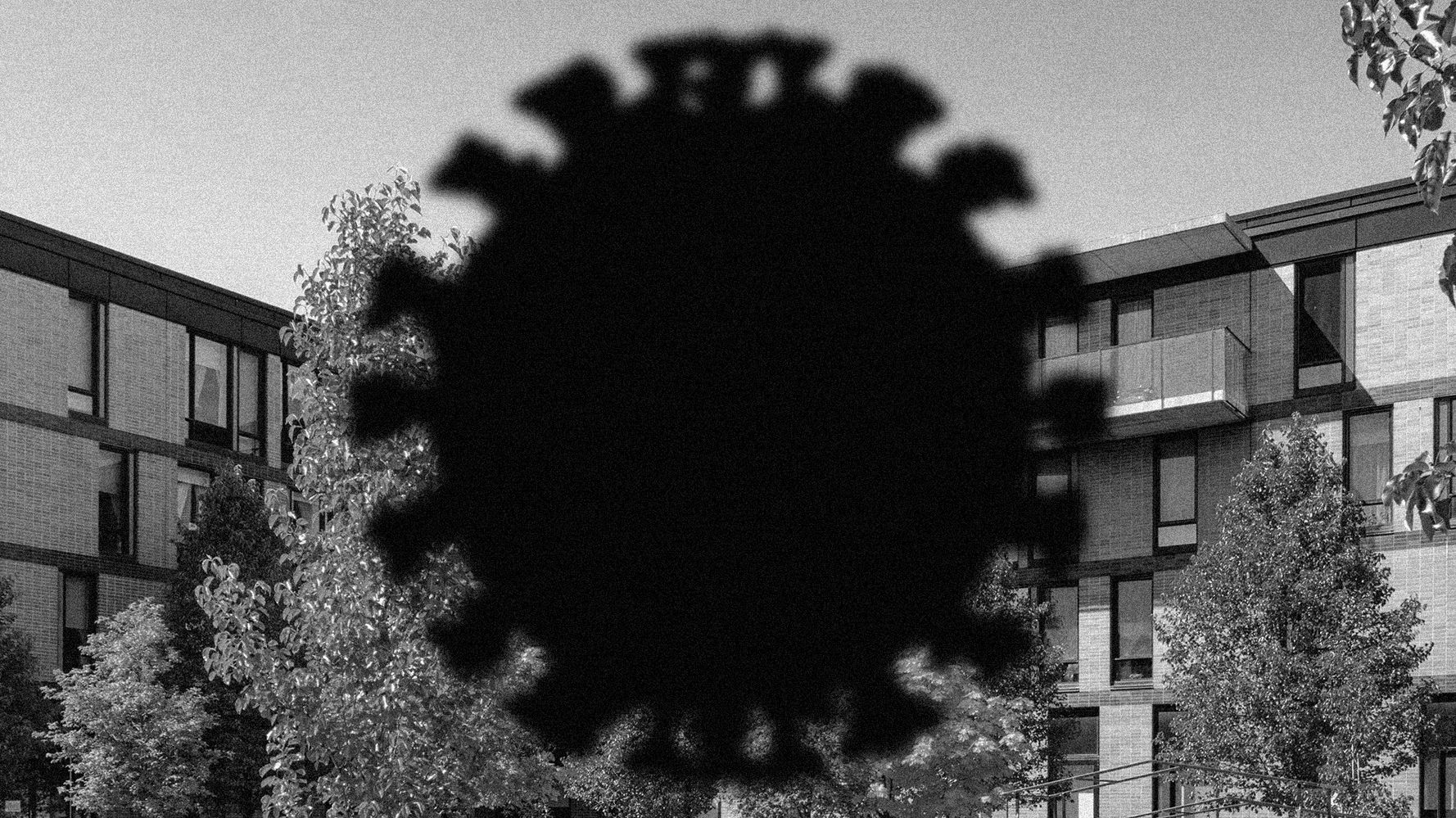 When Tony Chicotel walks his dog around downtown Berkeley, he passes a nursing home and an assisted living facility. The nursing home, in the middle of a pandemic that has claimed the lives of more than 163,000 long-term care residents and staff, is like a miracle: It suffered only a few, isolated cases of COVID-19, and no one has died.Â

The assisted living facility is another story. Inside, an outbreak that began around Thanksgiving has spread to nearly 60 residents and killed 14, making it one of the deadliest long-term care facilities in the Bay Area.Â

Chicotel, who works for the California Advocates for Nursing Home Reform, canâ€™t see inside to know why the outbreak is so bad. Neither, really, can anyone else.Â

â€œâ€˜Black holeâ€™ is not too dramatic of a way to put it,â€ said Mike Dark, a colleague of Chicotelâ€™s. â€œThe regulatory oversight is much more laissez-faire than hospitals and even nursing homes.â€

At the start of the pandemic, when Dark and Chicotel were fielding panicked phone calls from residents and their families about staff not wearing masks, they learned there was little they could do. Californiaâ€™s health department doesnâ€™t oversee assisted living â€” its social services department does â€” and so state rules on mask usage in health care facilities didnâ€™t apply. Several states, including populous ones like Ohio, donâ€™t have the ability to fine assisted living facilities that flout state rules. Nearly a dozen states arenâ€™t publicizing death and infection counts for assisted living at all, while others â€” Indiana is one â€” went months without making the death and infection rates public for specific facilities.

Do you or a family member live or work in an assisted living facility that is struggling with Covid-19? Get in touch: molly.redden@huffpost.com

No one truly knows. The CDC is not required to oversee COVID-19 mortality in those facilities, but did attempt to tally the assisted living death toll last October. Researchers counted 5,469 deaths among residents and 46 among staff by that time. That would mean assisted living facilities accounted for about 2.5% of nationwide COVID-19 deaths; on the same day as the tally, October 15, the nationwide death toll was at 216,025.

But that figure, in addition to being months out of date, is an undercount. The tally is missing data from 11 states and Washington, D.C., where deaths in assisted living arenâ€™t publicly disclosed, and assisted living operators are typically responsible for reporting their own numbers.Â

Last summer, Democratic Sens. Elizabeth Warren and Ed Markey of Massachusetts and Rep. Carolyn Maloney of New York introduced a bill that would require all states to collect data on COVID-19 deaths, cases and testing from assisted living facilities and alert local health officials and families of new cases.Â

The lawmakers had surveyed 11 of the countryâ€™s largest assisted living chains, which house 150,000 residents, and found that a quarter had recorded at least one case of COVID-19 as of May 31. A third of those facilities experienced wider outbreaks of 10 cases or more. The consequences for the spread of COVID were steep. One in 3 residents who contracted the virus died.Â

Warren, Markey and Maloney also slammed assisted living employers for workplace policies that put staff and residents in obvious danger. Six of the assisted living chains offer employees little to no paid sick leave. The policies were even stingier for part-time workers, which make up about 40% of the workforces of the largest assisted living operators.

You canâ€™t say to people, ‘You canâ€™t hold two jobs,’ but you certainly could create an environment where they wouldnâ€™t have to. Pay them more.
Cristina Flores, longtime elder care operator

â€œOften they need to have more than one job,â€ said Cristina Flores, who retired as a longtime operator of elder care facilities early last year and is now a legal consultant and university lecturer on gerontology. â€œTypically itâ€™s women and people of color.â€ Sick leave policies are inflexible, and the staff are exploitable.

Flores recently heard about a facility where the cook was COVID-19 positive and appears to have spread it to the residents; the cook is married to someone who also works as a cook in a yet another assisted living facility, and they both work two jobs. â€œYou canâ€™t say to people, â€˜You canâ€™t hold two jobs,â€™ but you certainly could create an environment where they wouldnâ€™t have to hold two jobs. For example, pay them more.â€

The bill,Â Assisted Living Facility Coronavirus Reporting Act, has not received a vote in either house. But states could make changes, too.

â€œThere are no guidelines or gold standards nor anything, really,â€ Flores said. â€œWe have to follow labor laws, but we donâ€™t, in assisted living, have regulations specific to the operations of the facility to keep people safe.â€

By contrast, as soon as a nursing home experiences an outbreak of a deadly communicable disease, there are strict federal regulations for how the staff must respond. Nursing homes must report to Medicare how many residents have contracted or died from COVID-19 and report shortages of personal protective equipment. The agency has a star-rating system for nursing homes that takes staffing levels and the spread of infection into account, and it places facilities that consistently flout basic safety standards in a federal monitoring program. The federal government can cut off the worst offenders from receiving Medicare and Medicaid payments â€” which would drive the average nursing home out of business.

As the drumbeat of COVID horror stories coming out of nursing homes proves, these rules alone arenâ€™t sufficient to keep nursing home staff and residents safe. But they do produce transparency: a picture of widespread suffering and a clear obligation to act.

The reason assisted living is much less regulated has to do with its origins. Assisted living facilities are for older and disabled adults who need help with daily tasks but donâ€™t need 24/7 nursing care. They were dreamed up as places for seniors to socialize, not convalesce. Theyâ€™re generally nicer than nursing homes â€” crucially, the family pays for the stay, not Medicare â€” but they also are less likely to have dedicated medical staff or medical protocols and less likely to have links to local hospitals and health officials. There are no across-the-board requirements for staff, whether thatâ€™s staffing levels or medical background.

There are large, corporatized assisted living chains which emphasize profit, and five- and six-bed facilities run out of single family homes, whose owners do the grunt work and donâ€™t have the resources to find PPE and arrange testing.

Itâ€™s a precarious arrangement in normal times; during a pandemic, the situation becomes combustible.Â

One facility, they literally could not get through the weekend to care for their residents â€” no masks, no face shields or gowns or gloves.
Morgan Katz, professor at Johns Hopkins University

Some research has detected COVID-19 spreading faster in assisted living facilities than in nursing homes, where residents are less physically able to get up and leave their beds or rooms. That is especially true in assisted living facilities providing memory care, where residents may not grasp social distancing rules or masking. Morgan Katz, a professor at Johns Hopkins University, monitored two memory care facilities at the beginning of the pandemic â€” in both facilities, COVID-19 spread from one person to 90% of residents in a matter of weeks.

Industry spokespeople say they are taking steps to stop the spread of COVID-19. Most facilities have suspended visitation, and some chains have given workers â€œhero payâ€ raises.Â

At the time of Katzâ€™ research, those facilities were so desperate for personal protective equipment that it fell to Katz to drive it over and drop it off. State and federal governments were prioritizing sending virtually all personal protective equipment and COVID-19 tests to hospitals and nursing homes, and assisted living facilities were getting severely shortchanged.

â€œOne facility, they literally could not get through the weekend to care for their residents â€” no masks, no face shields or gowns or gloves,â€ Katz said.Â

Many are fearful that something similar is happening as the pandemic response shifts to vaccines. In Contra Costa County, California, the major pharmacy chains initially presented the county with a vaccine rollout plan that prioritized nursing homes but not assisted living facilities.Â

â€œThe county said youâ€™re kidding me, this is not OK,â€ said Debbie Toth, the president and CEO of Choice in Aging, a seniors advocacy group.Â

Toth hopes that when the pandemic ends, the new links between assisted living facilities and public health systems will survive.