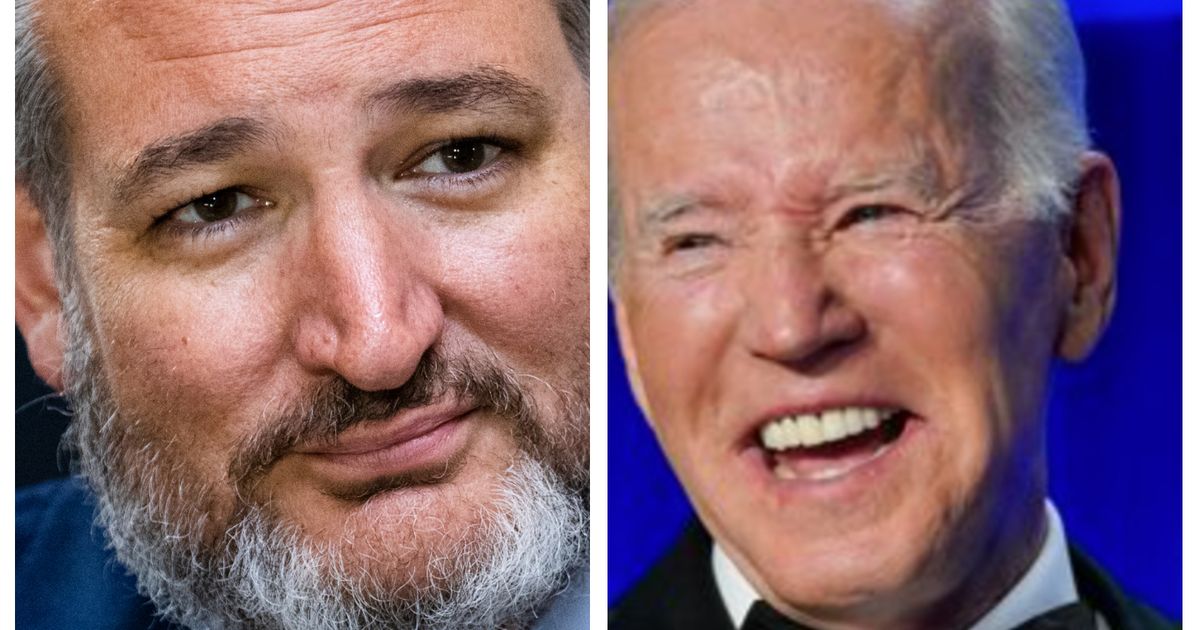 Donald Trump gave Ted Cruz the nickname of “Lyin’ Ted,” and it may be the only thing he did that President Joe Biden agrees with.

That’s based on the rebuke the White House Twitter page made in response to the smarmy Republican senator on Wednesday.

Last week, Cruz tweeted that the passage of a bill that would upgrade highway sections of the Ports-to-Plains corridor was a “great bipartisan victory.”

Although Cruz and Sen. Ben Ray Luján (D-N.M.) introduced a bipartisan amendment to an omnibus bill passed earlier this year that designated part of the Ports-to-Plains corridor as a future addition to the nation’s interstate highway system, Cruz voted against the bill that would have funded it, according to The Hill.

Still, he seemed quite willing to take credit for the project, such as during an interview he did with Lubbock ABC affiliate KAMC TV that he included in the tweet.

The Ports to Plains highway will run from Laredo all the way up to North Dakota and into Canada.

This project will bring jobs to Texas and millions of dollars to the state.

Cruz also took credit for the project in an official release, but in both cases, he left out one very important detail: He actually voted against the bill that funded the project he was praising.

The White House Twitter page was very happy to fill in that blank.

Ryan Chandler, the KAMC reporter who interviewed Cruz about the freeway, chimed in that he pressed the senator on why he didn’t vote for the bill and included a clip of that moment ― which Cruz inexplicably left off his earlier self-serving tweet.

Cruz tried to explain away the hypocrisy by claiming he supported the project, but not the bill that funded it.

“That happens frequently in the United States Senate … I vote against the giant mess of a bill, but at the same time, enact the legislative victory that’s focused on jobs in the state of Texas,” Cruz said, without irony.

Twitter users seemed quite amused at the clapback, which came a few weeks after the White House publicly called out Reps. Marjorie Taylor Greene (Ga.), Matt Gaetz (Fla.) and other Republican lawmakers who criticized student loan debt relief, even as they had loans forgiven from the government’s Paycheck Protection Program.

I love it. I don’t really like calling people out for honest mistakes we all make, but if someone continually behaves in bad faith pretty much 24/7…yes. Hold them accountable. https://t.co/pggGw7SCmT

A civics lesson for @tedcruz – when you vote “NO” on legislation it means… wait for it… you DO NOT SUPPORT the bill, therefore you should not take credit for something you didn’t vote for & support. Thx to the senate Dems who care more about TX priorities than their Senator.

HuffPost reached out to the senator for comment, but no one immediately responded.