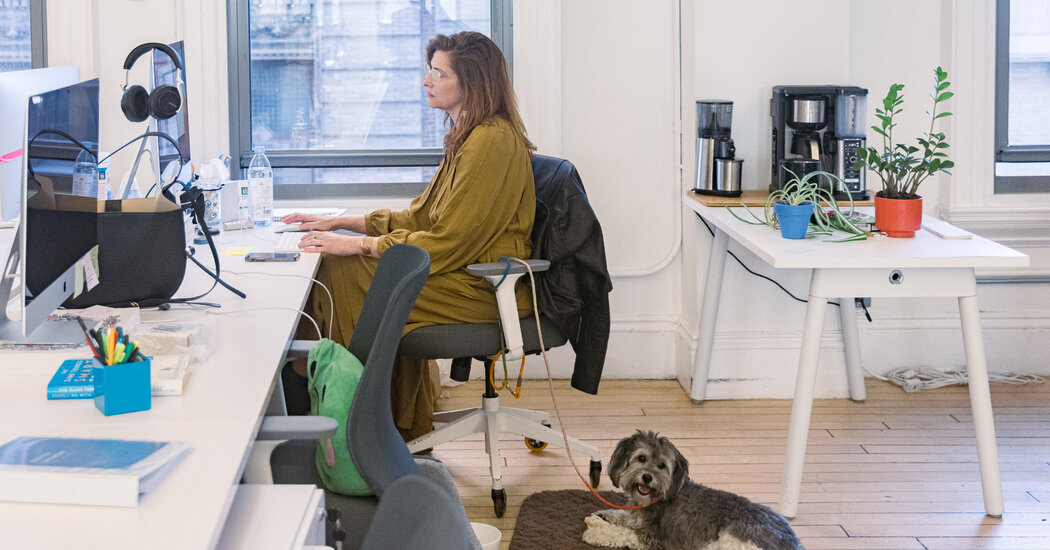 For months, the putt-putt course sat unused. The beanbag chairs lay empty. The kitchen whiteboard, above where the keg used to live, displayed in fading marker “Beers on Tap” from a happy hour in March 2020.

But on a recent weekday, over in the common area was a sign of life — fresh bagels.

As employees at the financial technology start-up CommonBond got Covid vaccines, and grew stir-crazy in their apartments, they started trickling back into the office.

“We call it Work From Work Wednesday,” said Keryn Koch, who runs human resources at the company, which has 15,000 square feet of sunlit SoHo real estate.

At one point, autumn had been billed across corporate America as the Great Office Reopening. The Delta variant intervened, and mandatory return-to-office plans turned optional. Still, many people chose to report back to their desks: The share of employed people who worked remotely at some point during the month because of Covid, which had peaked in May 2020 at 35 percent, dropped in October to 11 percent, the lowest point since the pandemic began, according to the Bureau of Labor Statistics.

A closer look at the New York work force, from a November survey of 188 major employers, showed that 8 percent of Manhattan office workers are back in the office full time, 54 percent are fully remote and everyone else — nearly 40 percent — is hybrid.

Few are finding it a smooth transition period. Some companies used their tentative R.T.O. dates as an unwitting excuse to avoid questions about how to balance the needs of their remote and in-person employees, according to Edward Sullivan, an executive coach.

That has resulted in a mushy middle ground: video calls where remote workers have trouble hearing, a sense that people at home are missing out on perks (teammates), while those in the office are, too (pajamas). And the stakes aren’t just who is getting talked over in meetings. It’s whether flexibility is sustainable, even with all the benefits it confers.

“We’re going to see a lot of companies get this wrong,” said Chris Herd, an entrepreneur and expert on hybrid work.

Recently Brett Hautop, head of workplace at LinkedIn, sat in a conference room listening to a pitch from a global vendor. The firm wanted to sell its services to LinkedIn to help facilitate effective hybrid work. But the people making that pitch had turned their back to the video camera, so the LinkedIn employees joining by videoconference couldn’t see them.

“As they’re talking about how hard it is for people who are remote to keep up with conversations, they’re covering the camera,” Mr. Hautop said, adding: “People on my team were pinging me saying, ‘I can’t believe they’re doing this.’ And I was apologizing, saying, ‘Hey, guys, I’m sorry this is happening, they’re apparently not aware.’”

Last summer, LinkedIn told its 16,000 employees worldwide that its return-to-office plan announced in October 2020 had been scrapped, and that individual departments would decide where their people could work, becoming one of more than 60 major companies that have promised some permanent form of flexibility.

Mr. Hautop and his team took stock of the difficulties bred by that approach. They upgraded audiovisual equipment in conference rooms and considered distributing ring lights to in-person workers at their desks so their faces wouldn’t be awkwardly lit on calls. They planned “on-site off-sites,” so employees could remember what it was they loved about the office.

“Hybrid is most definitely tougher than completely in person or completely remote,” Mr. Hautop said. “It takes a lot more forethought, and none of us, or anybody else at any company, has figured out exactly how it’s going to work.”

If hybrid is a challenge for even the people of LinkedIn — the gurus of connectivity, the maestros of professional networking — where’s the hope for everyone else?

Asana, which makes collaboration software, recently gathered its executives for a discussion planning for the office’s official reopening. Half the participants were at the San Francisco headquarters, and the other half joined by videoconference. The remote workers, including the company’s chief executive, started to lose patience as people in the room talked over one another and made side comments.

“We were joking that if we didn’t like what somebody was saying on the screen, we could just mute them,” said Anna Binder, the company’s head of people.

“We all had such a terrible experience that we made a decision at the end of that meeting that all executive meetings going forward will be in person,” she continued. “Or they will be fully remote. We’re not doing the in-between.”

Ms. Binder worries about which teammates are most likely to suffer from the headaches of hybrid. Many executives said employees with care-taking responsibilities were more likely to work remotely when given the option. A survey from the jobs platform FlexJobs found that 68 percent of women preferred their jobs to stay remote long term, compared with 57 percent of men. Another study, from Qualtrics and theBoardlist, found that 34 percent of men with children had received promotions while working remotely, compared with just 9 percent of women with children.

“If you give people full choice about what they do and where they work,” Ms. Binder said, “women are more likely to take advantage of that work-from-home flexibility. Which means they, in turn, are going to be less in the room where it happens.”

It’s not hard to imagine all of the ways remote workers might be undercut: muted in a heated discussion, shut out of lunchtime bonding. But Nicholas Bloom, a Stanford professor who has surveyed hundreds of hybrid companies, said that at many workplaces the in-person employees felt just as neglected.

“It’s the American-in-Europe rule,” Mr. Bloom said. “When an American is traveling abroad, you look around the room and everyone is speaking English for your benefit. If there’s one person working from home, everyone in the office dials into the meeting.”

That’s the case at Zillow, the real estate website currently facing a wave of losses and layoffs, where a quarter of people are hybrid workers and nearly two-thirds are working fully remote. The company’s “One Zoom All Zoom” rule stipulates that if even one person is participating in a meeting virtually, everyone in the office is required to join on separate laptops. Zillow went so far as to take audiovisual equipment off the conference room walls.

The Zoom rule is in keeping with Zillow’s broad attitude toward remote work, which has included an announcement that its headquarters moved from Seattle to the cloud.

“I go into the office every day,” said Meghan Reibstein, vice president for product management and flexible work, who moved to Asheville, N.C., during the pandemic. “It just happens to be in the attic of my house.”

But when the attic becomes the office, and the office becomes a site for weekly bagels and banter, executives are left to answer: What’s the point of paying rent? For many employers, luxe spaces occupied by just a handful of office stalwarts have come to stand as reminders of the real costs associated with the ambiguity of hybrid work.

Court Cunningham felt that sense of unease recently as he toured New York buildings to lease a new office for his online home-buying company, Orchard: If just 15 percent of his employees were working from the office, was the rent worth 2 percent of revenue? He went back and forth. Then he signed a new lease in October, making a bet on some future where people will want to be in the office.

“In two years this is either going to be a genius move where we locked in a long-term rate in the depths of Covid, or the world is going to go completely remote and we’re going to have this millstone hanging on us,” Mr. Cunningham said.

Meanwhile, the experts helping companies navigate this period are hopeful that the pains of hybrid work aren’t permanent. Or at least that they might be manageable: Some advise their clients to be explicit with their staff about whether to prioritize the needs of office workers or remote ones, especially when it comes to facilitating meetings.

“Back in Vietnam the prisoners of war who accepted that they had no idea when they would be saved were the ones who survived,” said Mr. Sullivan, chief executive of the coaching firm Velocity Group, reaching for a reference — what’s known as the Stockdale Paradox — far from the circumstances of the office water cooler. “The companies that accepted that this is going to be difficult and communicated that clearly to their teams, they’re going to thrive. There’s no more hoping for Christmas, hoping for Easter. Let’s just accept that this will be hard.”

And after acceptance comes decision-making. So Asana chose to label itself “office-centric hybrid,” with bosses articulating that at some point most people will be expected back at their desks. CommonBond calls itself “remote first,” with its chief executive farther from the Manhattan office than the junior workers who come in on Wednesdays. (“Our center of gravity is the Zoomisphere,” said David Klein, the C.E.O.) Both companies rejected the choose-your-own-adventure approach, where people have no sense of where their managers want them to be.

“Imagine people could choose whether they drive on the left side of the road or the right side,” said Mr. Bloom, the Stanford professor. “There’d be accidents all the time. You need coordination.” 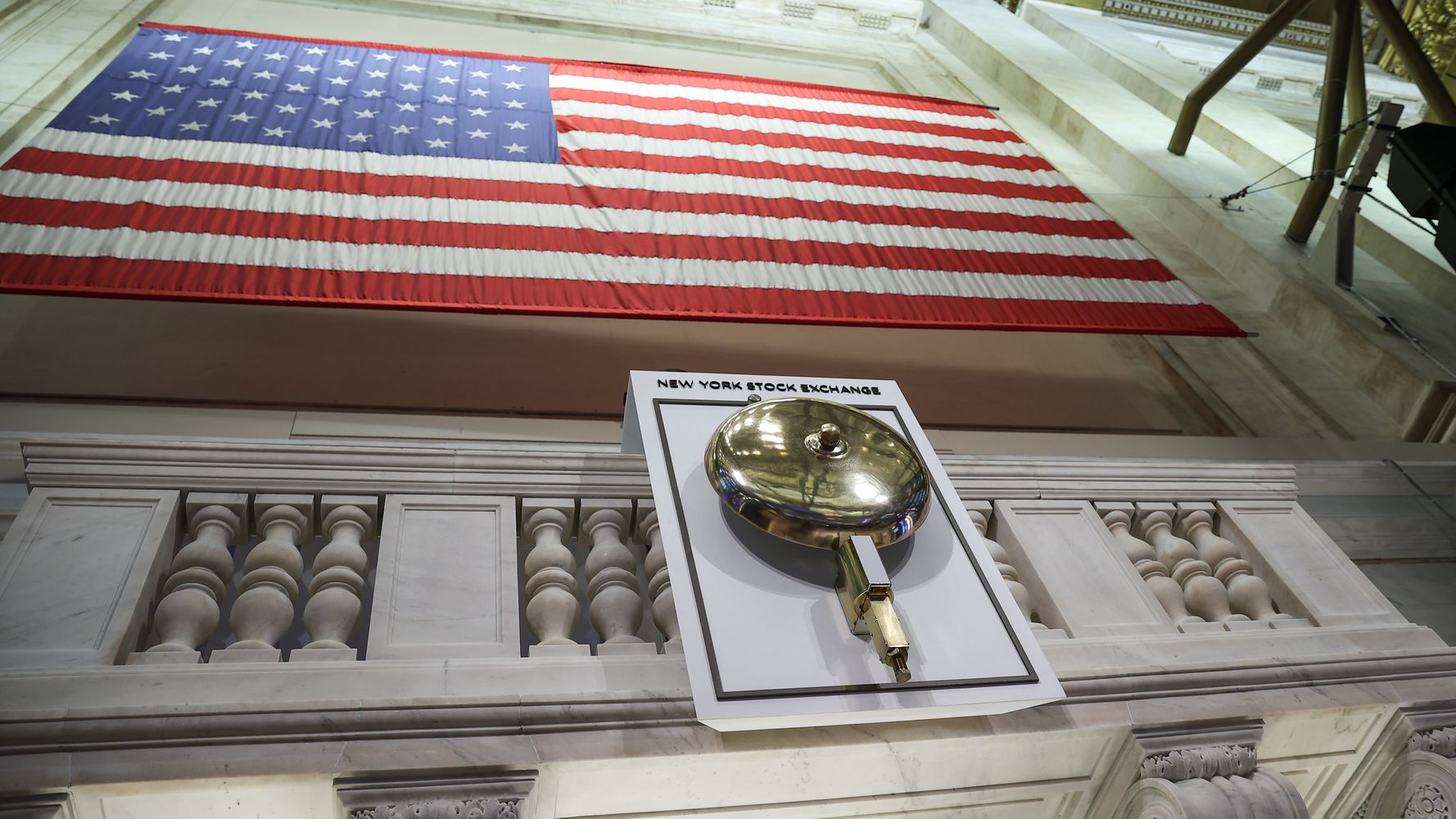