Their Minneapolis Restaurant Burned, but They Back the Protest 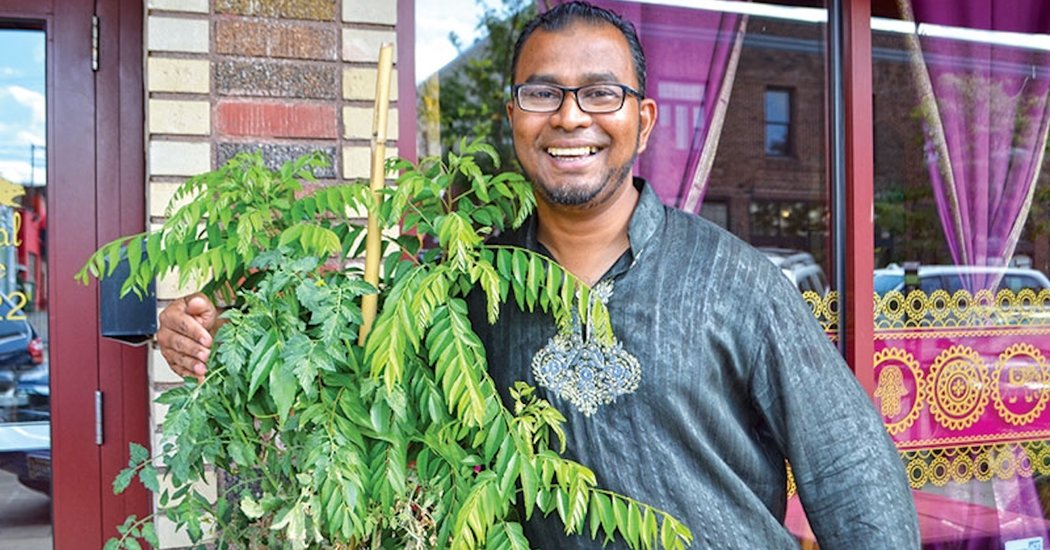 On Friday morning, as dawn broke through the smoke hanging over Minneapolis, the Gandhi Mahal Restaurant was severely damaged by fire. Hafsa Islam, whose father owns the Bangladeshi-Indian restaurant with members of his family, woke at 6 a.m. to hear the news.

But then she overheard her father, Ruhel Islam, speaking to a friend on the phone. â€œLet my building burn,â€ he said. â€œJustice needs to be served.â€

On Friday afternoon, after the fire stopped smoldering and the family came together, he repeated his support for the protests that had closed his restaurant. â€œWe can rebuild a building, but we cannot rebuild a human,â€ said Mr. Islam, 42. â€œThe community is still here, and we can work together to rebuild.â€

For days, the Islam family has watched the protests over the arrest and killing of George Floyd, the African-American man who died on Monday after a white police officer pinned him to the ground, a knee pressed against Mr. Floydâ€™s neck. The officer has been fired, and on Friday was arrested and charged with third-degree murder and manslaughter, the authorities said.

The restaurant is just a few doors away from the Third Precinct headquarters of the Minneapolis Police Department, which was set ablaze by protesters on Thursday night. Other buildings also burned, and fire eventually reached the restaurant.

Ms. Islam, who delivers food part time for Door Dash, said she had stopped her car at a red light on Monday as Mr. Floyd was arrested. She watched, horrified, from her car, she said. She learned only later that he had died.

â€œI understand why people did what they did,â€ she said of the demonstrators. â€œThey had tried with the peaceful protesting, and it hasnâ€™t been working.â€

Gandhi Mahal opened in 2008, during the Great Recession. Although Mr. Islam believes in nonviolent protest â€” he named his restaurant in honor of Mohandas K. Gandhi â€” he empathizes with the frustration of many Minneapolis residents.

â€œI am going to continuously promote peaceful ways and nonviolent movement,â€ he said. â€œBut our younger generation is angry, and thereâ€™s reason to be angry.â€

So as mounted police fired tear gas into the crowd on Tuesday, the Islam family opened a room in their spacious restaurant to medics, who set up a makeshift field hospital. Ms. Islam said she saw at least 200 people come in and out on both Tuesday and Wednesday night.

Some needed to catch their breath after inhaling tear gas, she said. One woman had been hit in the eye by a rubber bullet, damaging her vision. A rubber bullet tore open the back of another manâ€™s neck. When he fell unconscious, the medics laid him out on a table.

â€œWe were just trying to do what we could to help our community,â€ said Ms. Islam, who helped treat wounded protesters. â€œSure, we had our business. Sure, we were trying to keep our kitchen open. But more than anything, we were concerned for our people.â€

The tension in Mr. Islamâ€™s adopted city reminds him of his childhood in Bangladesh, when he lived through a dictatorship. Two of his fellow students were killed by the police, he said. â€œWe grew up in a traumatic police state, so I am familiar with this type of situation,â€ he said.

The restaurant has been a hub for interfaith efforts against climate change, and a related art collection was lost to the flames. In the basement, the family also cultivated a small aquaponics farm to supply the restaurant with fresh ingredients.

â€œNow probably, the whole basement is aquaponics with the water,â€ Mr. Islam said, laughing, joking about the sprinkler damage.

Both Tuesday and Wednesday night, before the medics had to relocate to a nearby church to protect their patients, Mr. Islam kept cooking. As wounds were bandaged and hands were held in the front room, he was in the kitchen, preparing daal, basmati rice and naan. Simple food, he said, but high in protein â€” just the thing to get his community through a long, dark night.