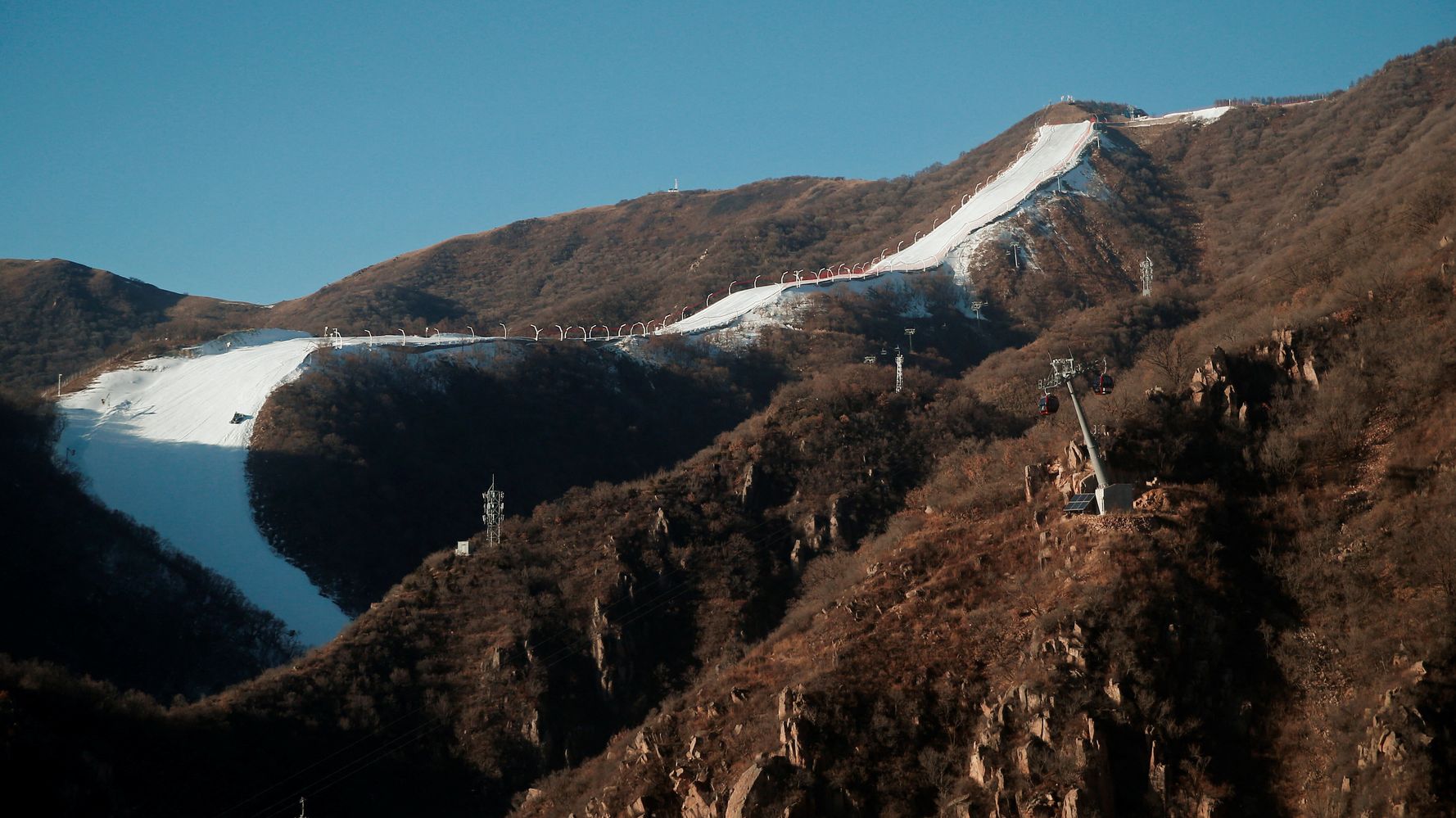 When athletes take to the slopes outside Beijing next week for the 2022 Winter Olympics, theyâ€™ll do so atop 100% man-made snow for the first time in the history of the games.

Nature hasnâ€™t graced the region with anything greater than trace amounts of the white stuff, nor was it expected to: Across the months of November, December and January, Beijing averages just 11 millimeters â€” about four-tenths of an inch â€” of precipitation.

Instead, snow guns and lances supplied by TechnoAlpin, an Italian snowmaking supplier, are running around the clock to coat venues in man-made powder.

A TechnoAlpin sales manager told Sports Illustrated that the company has 170 fan-powered guns and 30 fanless snow lances at Yanqing, the alpine skiing venue; 40 guns and 15 lances at the Zhangjiakou nordic center; 62 guns and 30 lances at the freestyle park; and seven lances running in downtown Beijing for the big air event.

All of that will require an estimated 49 million gallons of water, drawn from reservoirs in a region the International Olympic Committee acknowledges already â€œsuffers from severe water stress and … is becoming increasingly arid.â€

The water is chemically treated to resist melting, mixed with air and blasted aloft in freezing temperatures, ultimately falling to the ground as a denser, harder version of real snow.

Past Winter Olympics have struggled with less-than-ideal conditions as well, but never to this extent. A Bloomberg report found that 80% of the snow at the 2014 Games in Sochi, Russia, was man-made, and that 90% of the white stuff in Pyeongchang, South Korea, was fake. But both regions receive significantly more yearly precipitation than Beijing.

Absent urgent steps to reverse climate change, we should expect winter sports to look more like this in the future, according to a report published Wednesday by an environmental group called Sport Ecology Group at Loughborough University in England and Protect Our Winters.

Only 10 of the 21 venues used for the Winter Games since 1924 will have the â€œclimate suitabilityâ€ and snowfall levels necessary to host by 2050, the authors concluded.

Snowmaking technology can be a useful stopgap, but itâ€™s no substitute for the real thing, Peter Speight, a British freestyle champion and Winter Olympian, told the reportâ€™s authors.

â€œItâ€™s helpful for creating physical snow for people to use, but it uses large amounts of water and energy and does not help solve climate change,â€ Speight said. â€œWe need to solve climate change at the source (reduce greenhouse gas emissions), rather than rely on mitigation focused solutions.â€