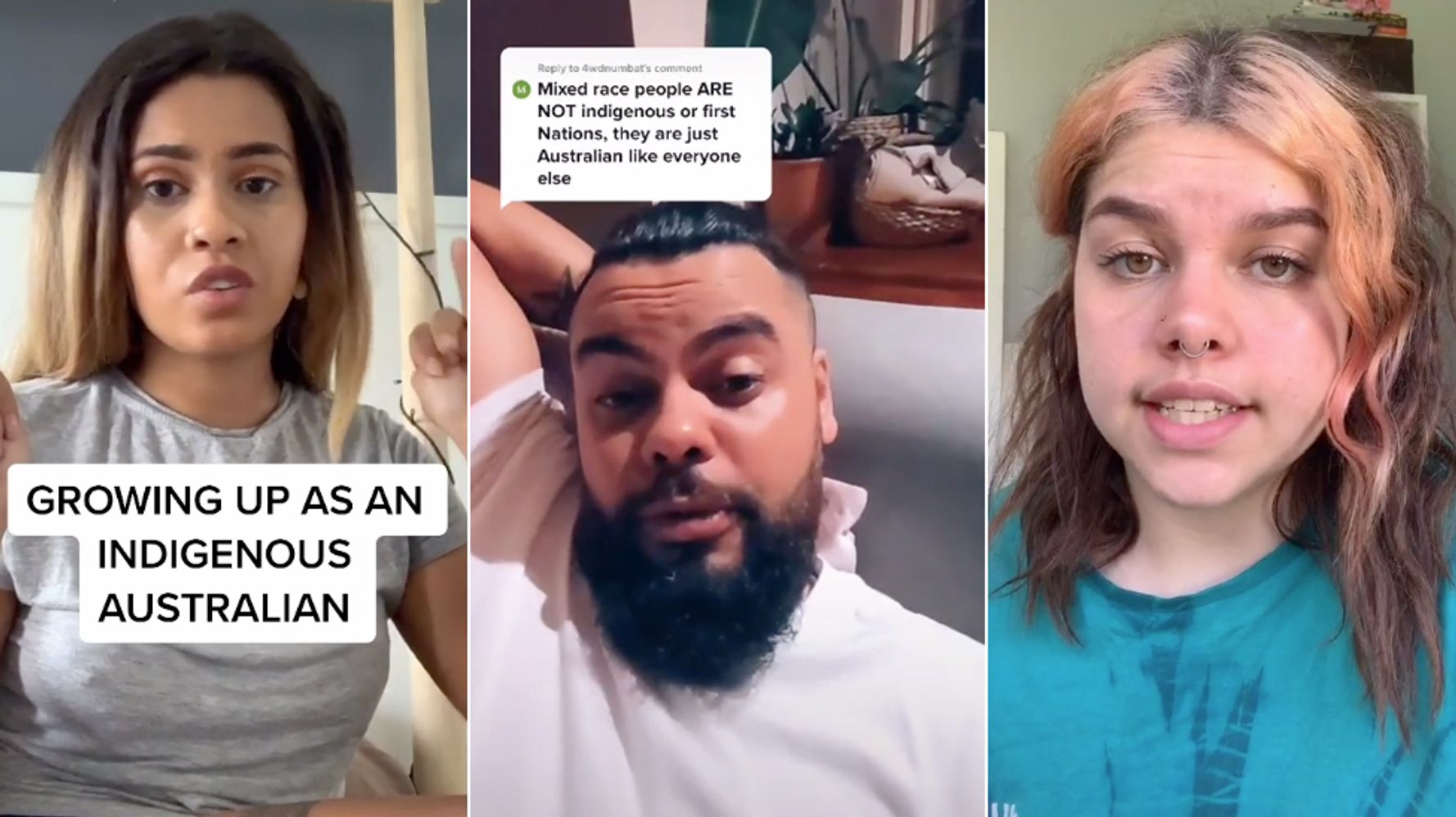 As the conversation continues around the Black Lives Matter movement and racism against First Nations people, many Indigenous Australians have summed up the discrimination Aboriginal and Torres Strait Islander people face through educational TikTok videos.

In a clip featuring text reading, â€œGrowing Up As An Indigenous Australianâ€, Brisbane-based makeup artist Sari-Ella Thaiday outlines stereotypes and assumptions First Nations people often hear about themselves by putting a finger down for each time sheâ€™d heard one.

Being accused of stealing, followed around in a store, assumed to be on Centrelink or donâ€™t have a job, and being told to â€œget over your peopleâ€™s murder, massacre, genocide, stolen land and stolen wagesâ€ are just some of those she mentions.

Meissa Mason, a proud law student and artist from Wiradjuri, Gomeroi and Awabakal countries, also speaks about white privilege and the assumptions around government â€œbenefitsâ€ provided to Aboriginal and Torres Strait people.

â€œThese Aboriginal â€˜benefitsâ€™ are not benefits. Theyâ€™re there for us to to catch up on disadvantages we have, which is equity if youâ€™ve never heard of it,â€ she says.

â€œBut not only that, did you know that a majority of the services available to us are also available to non-Aboriginal people as well?â€

She goes onto talk about people claiming only Indigenous Australians get free housing and healthcare, and free money.

Aboriginal man Andrew Lopez speaks about â€œthe governmentâ€™s plan when they had the White Australia Policy and the Stolen Generationsâ€.

He addresses another TikTok user who claimed, â€œMixed race people ARE NOT Indigenous or First Nations, they are just Australian like everyone elseâ€.

Andrew says it was the governmentâ€™s plan all along to instil these very thoughts and views.

Youth worker Paniora Nukunuku, who is of Maori and Cook Island decent, has also shared a series of clips demonstrating the disadvantages and systemic racism that Indigenous Australians face.

Using a shopping trip at a local Woolworths supermarket, he decided to explain â€œthe Black Lives matter problem in Australiaâ€.

â€œSo I have my culture, language, way of life,â€ he says, referring to different grocery items in his shopping trolley.

â€œIâ€™m just missing one thing,â€ he adds while picking up a packet of soup. â€œAbility to dance.â€

At that moment a white man approaches his trolley. â€œMate, Terra Nullius,â€ he says.

Instead Paniora is handed a basket with limited items, before a woman passing by says, â€œYou get everything for free from the governmentâ€.

In another video captioned, â€œppl benefit now bc of wat happened 200yrs+ agoâ€, Paniora shows the obstacles Indigenous Australians have faced as a result of colonialism.

How? He used two pool tables and the analogy is pure genius.

These are just a few of the many videos being shared online to educate and inform as part of this important discussion.

Some useful TikTok hashtags to find more of these clips easily include #Aboriginal, #Indigenous and #BlackLivesMatter.