“They are not scared”: Iranian women protest with harrowing banner 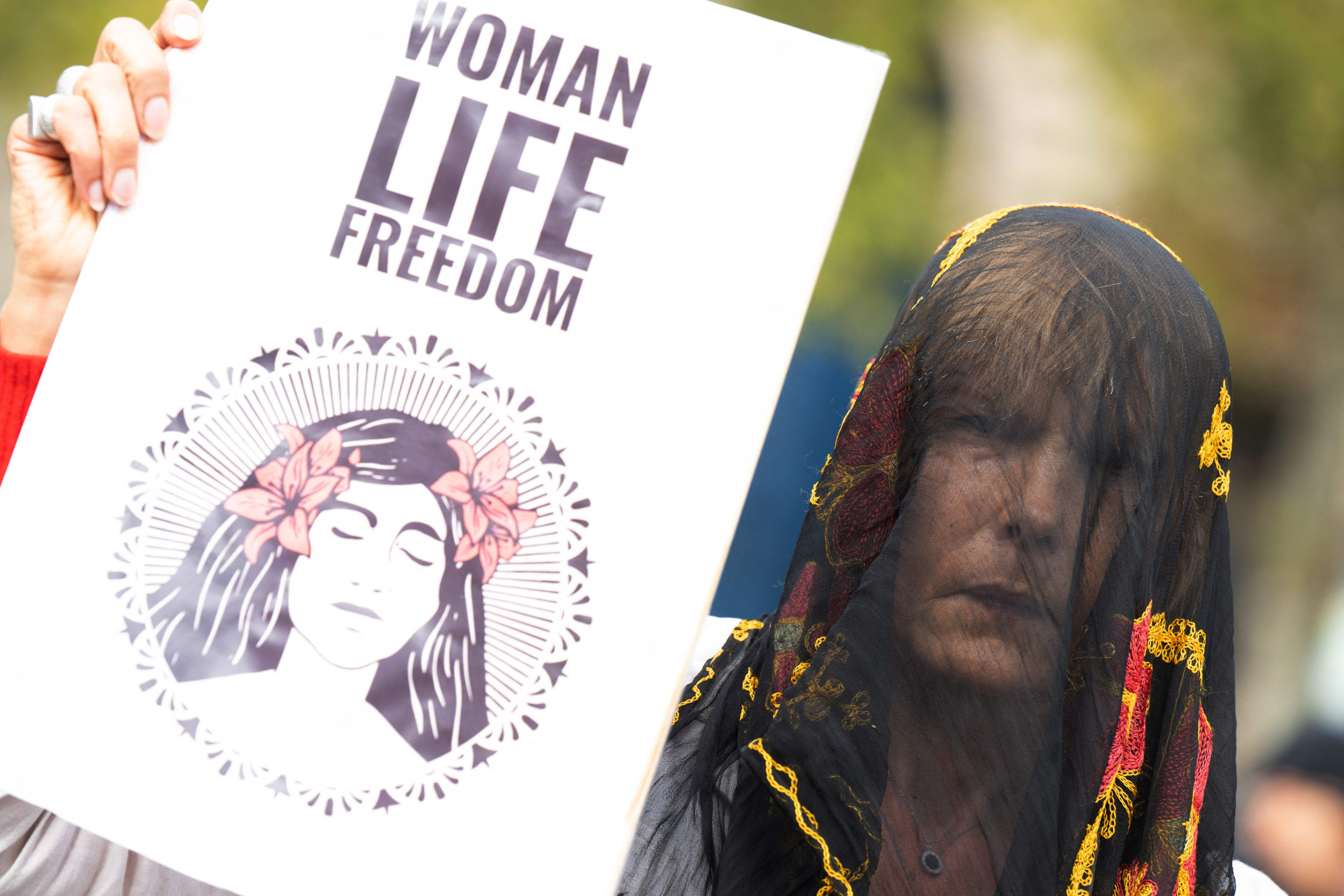 Three women waved their headscarves and broadcast a dire message in one of the latest videos to go viral from Iran.

The video circulated by 1500 Tasvir, a government watchdog, showed three protesters standing on a bridge over a busy street in Isfahan, Iran. They were clad in all black and wore masks up to their eyes. In unison, they unwrapped their headscarves and twirled them like triumphant flags in the air. One woman threw her other hand up in a peace sign.

“They are not scared,” declared one person who reposted the footage on Reddit.

Below the women hung a large banner with a graphic depicting Mahsa Amini, the 22-year-old woman who died after being detained and allegedly beaten by Iran’s morality police, who accused her of straying from the country’s strict Islamic dress code. Within hours of Amini’s funeral, Iranian women and men took to the streets to protest their clerical leadership and oppressive restrictions over their daily lives.

The banner hung by the three women blared their message to social media viewers across the globe. It read, “The next one is one of us.”

Negar Mottahedeh, a Duke University professor of Iranian history and feminist studies, told Newsweek that the warning was tragically realistic.

“It’s now been a pattern every time a video goes viral,” she said. “Every time something goes viral, they’re taken into custody and the next thing we know is that their dead bodies are being handed back to their families.”

Hadis Najafi, a 20-year-old woman, became a symbol of the protests after an image captured her facing officers with uncovered blond hair. Security forces killed her with six bullets to the chest.

The government crackdown on protests across Iran has been uncompromising. Amnesty International has reported at least 82 people killed, including children, while Iran Human Rights put the death toll at 133. On September 30, called “Bloody Friday” by many Iranians, security forces killed at least 66 people and injured hundreds of others with live ammunition, metal pellets and teargas.

“[Ayatollah Ruhollah] Khomeini, who was the undisputed leader of the [1979] Iranian Revolution, recorded his sermons on cassette tapes,” she said. “They would be played in mosques and on boom boxes that young men carried on sidewalks all over urban and rural areas. So that is absolutely a form of social media. I mean, talk about going viral.”

The leadership of women across the country’s bold demonstrations isn’t new either, said Mottahedeh.

“Women have been at the forefront of most of the uprisings and protests that I have studied since the 1840s,” she said. “What is unique this time is the incredible support that Iranian women are getting from women all over the world.”