‘They Just Kept Escalating The Use of Force’ 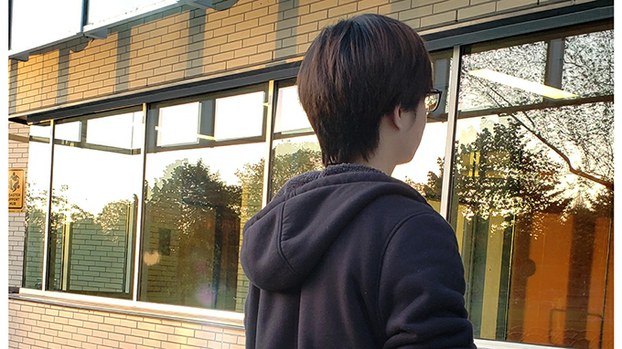 Hongkonger Wong Keung took part in major pro-democracy and anti-extradition protests in 2019, including the November siege of the Polytechnic University (Poly U), the Oct. 1 demonstrations, and many protests in Kowloon. Now seeking a new life in Canada with his wife and two small children, Wong tells RFA’s Mandarin Service what it was like to be the target of routine police violence on the front lines of the pro-democracy movement:

A lot of police officers would humiliate and curse out arrested protesters during the anti-extradition movement. When they got you back to the police station they would do everything they could to make it harder for us. For example, it was very hot in the police station and there was a long wait to go to the bathroom.

The food was terrible, and so was the attitude of the police officers. I had an injured hand at that time, which was bleeding, but they didn’t bandage it up for me, and they wouldn’t let me go to the hospital.

[The non-lethal weapons the police used] really hurt. Especially the water cannon. I felt that they just kept escalating the use of force. For example, they added some kind of irritant to the blue-dyed water cannon stream that made your skin feel like it was burning.

The strength of the active ingredients in the tear gas they were using clearly increased a lot. It felt like being on fire. The worst time was at the siege of Poly U, when I got drenched [by water cannon] so I was blue from head to foot. I washed myself for more than an hour, but I still had the feeling that my scalp was on fire. But the blue dye still runs in the [shower] water even after you wash for a long time. It’s really scary.

I was also getting followed more and more closely, maybe three or four days in any given week. I also had the sense that my phone calls were being monitored. I wanted to live in Hong Kong. I wanted to raise my kids there. I still had stuff I wanted to do there.

But I decided to emigrate because I couldn’t bear not being able to speak my mind freely. I had also seen a lot of people who had it far worse than me, who had sacrificed far more than I had, and I always felt that I should do something more, that I should stay in the fight.

Hong Kong’s prosperity and stability are going to gradually disappear. Everything that was good about it will disappear. This is going to be the darkest time, because the U.S. sanctions will lead to a lot of problems, so Hong Kong will go down the drain.