This Company Spent More Than $1 Million On Union-Busting Consultants 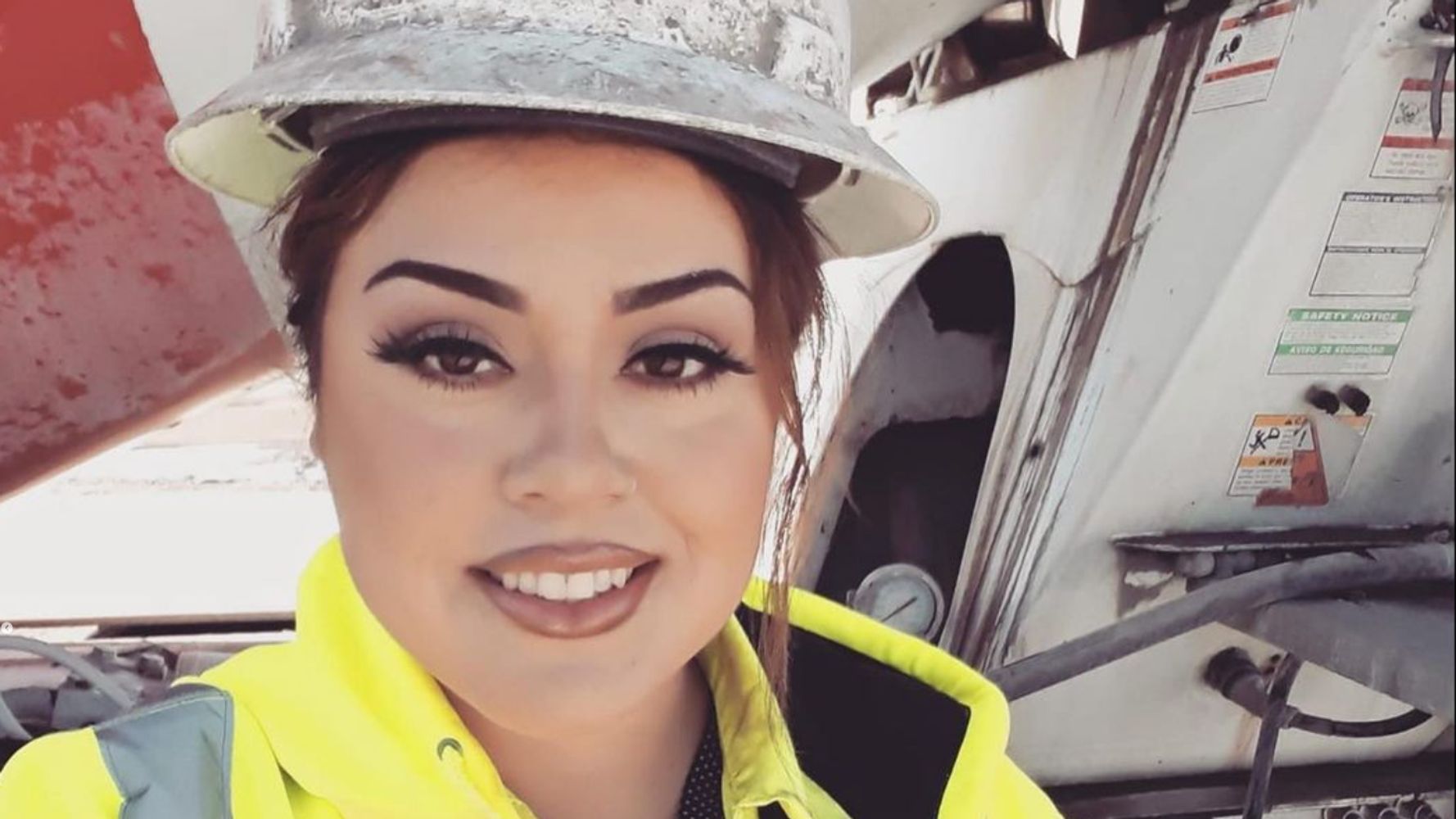 When Cemex truck drivers in Las Vegas and Southern California decided to join the Teamsters in 2018, the ready-mix concrete company did all it could to stop them. Cemex quickly hired a â€œunion avoidanceâ€ firm that it would pay more than $1 million to try to dissuade workers from organizing.

Cemex managed to narrowly defeat the union in a March 2019 election, but not without traipsing all over the law and illegally firing a female driver who had been organizing her co-workers, according to trial testimony. The anti-union campaign was so rife with threats that a judge at the National Labor Relations Board ruled last month that Cemex committed â€œextraordinary violationsâ€ right up until ballots were cast.

The case offers a window into how aggressively many companies respond when workers exercise their right to form a union â€” even at a place like Cemex, which already employs Teamsters members in other locations and has previously negotiated contracts with the union.

â€œIt was so traumatic for me,â€ said Diana Ornelas, 29, the driver who the judge found was wrongly suspended and then fired.

NLRB administrative law judge John T. Giannopoulos found many of the companyâ€™s witnesses not to be credible when they testified about what happened. He even determined that one of Cemexâ€™s anti-union consultants â€” who is supposed to understand the legal boundaries better than anyone onsite â€” violated the law by telling workers Cemex might simply close its ready-mix cement operation rather than deal with unionized drivers.

The judge ordered that Cemex reinstate Ornelas and give her back pay to compensate for the wages she lost. He also ordered that Cemex inform its workers around the country of its violations and their rights. Notably, the judge ruled that the Teamsters be given access to the job sites to talk to workers about unionizing ahead of another election, something unions are normally not entitled to.

Cemex said in a statement that it â€œdisagrees that the Teamsters were disadvantaged in any wayâ€ in the organizing campaign. The company noted that, despite the judgeâ€™s findings, several of the unionâ€™s claims were ultimately withdrawn or dismissed. It pointed to the results of the original election, which the Teamsters lost by just 13 votes, and claimed drivers donâ€™t want a union.

â€œCEMEX supports a fair process by which our employees will again have the opportunity to vote and make an informed decision regarding the Teamsters and union representation,â€ the company said.

The Cemex workers trying to unionize were truck drivers who work out of the companyâ€™s â€œbatch plants.â€ Drivers pick up the ready-mix concrete at the plants, add the appropriate amount of water as needed, and haul the slump to job sites in the truckâ€™s spinning drum. The concrete has to be delivered within 90 minutes to be poured. Ornelas described the job as stressful and dangerous due to the time factor, â€œan obstacle course every day.â€

It is normal practice for a company facing a union drive to hire consultants who can help them blunt the unionâ€™s support. In this case, Cemex brought in one of the best-known firms offering these services: the Oklahoma-based Labor Relations Institute, which subcontracted the work out to individual consultants based elsewhere.

What was unusual about the anti-union consulting work was how much money the company spent on it: more than $1.1 million in less than a year, according to Labor Department disclosure filings. A 2020 Economic Policy Institute analysis found that only a handful of companies have broken the $1 million mark on consultant spending in recent years.

But those figures disclosed to the Labor Department reflect only the fees paid to consultants who speak directly to workers, not the money companies spend on legal work meant to stifle union efforts. For those services, Cemex hired the firm Jackson Lewis, a high-priced management-side firm that helps clients â€œremain union free.â€

Testimony in the Cemex case indicated that the consultants held regular strategy sessions to determine how best to persuade drivers not to support the union. They also met individually with workers and hosted what are known as â€œcaptive audienceâ€ meetings, where workers are corralled into a room to watch PowerPoint presentations and hear the negative stuff that could happen if they unionize.

It was in one of these meetings that a consultant, Amed Santana, apparently said Cemex might choose to close its ready-mix operation that employs the drivers in response to the campaign. Cemex, which had revenue of $3.77 billion last quarter, could keep its other construction divisions in place, he allegedly said. Santana denied saying so at trial, but the administrative law judge didnâ€™t find him to be credible.

Santana didnâ€™t respond to a message HuffPost sent via LinkedIn, and Labor Relations Institute did not respond to an email asking about the judgeâ€™s findings.

Cemex managers committed the bulk of the violations during the campaign, however. On different occasions, workers were told not to speak to union organizers; invited to go work elsewhere if they wanted a union; asked why they werenâ€™t wearing â€œvote noâ€ paraphernalia ahead of the election; and warned their positions might be sent to another state if they organized.

The judge found in all those instances that Cemex supervisors ran afoul of the law.

The most serious charges involved the treatment of Ornelas, a bilingual worker who helped translate for other Spanish-speaking drivers and wasnâ€™t afraid to make her union support known. Ornelas said she was the only female driver at her facility at the time. â€œIâ€™m 5-10 and husky, so I made it,â€ she said with a laugh. Managers knew she was an activist because she wore a union sticker on her hard hat and openly spoke to organizers outside the plant.

â€œSupervisors and managers were closely watching Ornelas and forwarding any incident whatsoever to their superiors trying to find a misstep.â€

– From the judge’s ruling

Ornelas said she didnâ€™t become such a vocal union supporter until she saw the company going to such lengths to stop it.

â€œOnce I saw the resistance from them, I thought, â€˜Something is wrong here. Why are they pushing back so hard? Thereâ€™s something going on here,â€™â€ Ornelas explained.

Cemex offered different reasons for why the company suspended Ornelas, but the judge found that her union activities were the real reason. Ornelas was also one of six drivers reprimanded for taking work trucks rather than their personal cars to a different facility without permission. The other five drivers were suspended; only Ornelas was terminated.

â€œSupervisors and managers were closely watching Ornelas,â€ Giannopoulos wrote, â€œand forwarding any incident whatsoever to their superiors trying to find a misstep that would subject her to further discipline.â€

The violations continued right through the union vote, when Cemex hired guards to patrol the facilities â€” a move the Teamsters said was meant to intimidate workers. The company assigned the guards to patrol the plants ahead of the election, and stationed them at polling places on the day ballots were cast. The guards prevented some workers from showing up early to vote, and forbid them from entering the polling place in groups.

â€œClearly [Cemex] wanted the guards present at the facility as a show of force,â€ Giannopoulos wrote, deeming it an unfair labor practice.

Union supporters believe they would have won the election if not for Cemexâ€™s anti-union campaign. Giannopoulosâ€™ order would help level the playing field next time by guaranteeing that if company officials convened workers to make the case against a union, then Teamsters organizers would be afforded the same opportunity onsite. Such remedies, the judge wrote, were meant to â€œdissipate as much as possible the lingering atmosphere of fearâ€ Cemex created.

The Teamsters have not yet filed for another election to represent the Cemex workers in Southern California and Las Vegas. Given the violations that occurred during the first campaign, the union may explore other tactics to pressure the company. Last Thursday, union members held a picket outside Cemexâ€™s Los Angeles facility.

Cemex said it plans to challenge the administrative law judgeâ€™s findings, meaning a legal case could stretch on for months or years at the NLRB. The company does not have to rehire Ornelas until it has exhausted those options.

After she was fired, the Teamsters hired Ornelas as a paid organizer. She told the judge when she testified at trial that she didnâ€™t want to return to Cemex even if she was offered her old job back, due to the harassment sheâ€™d experienced. But now that all of the findings have come out, Ornelas said her feelings have changed; she plans to clock in again if the judgeâ€™s ruling stands.

What made her change her mind?

â€œThe fact that they really donâ€™t want me to go back,â€ she said.