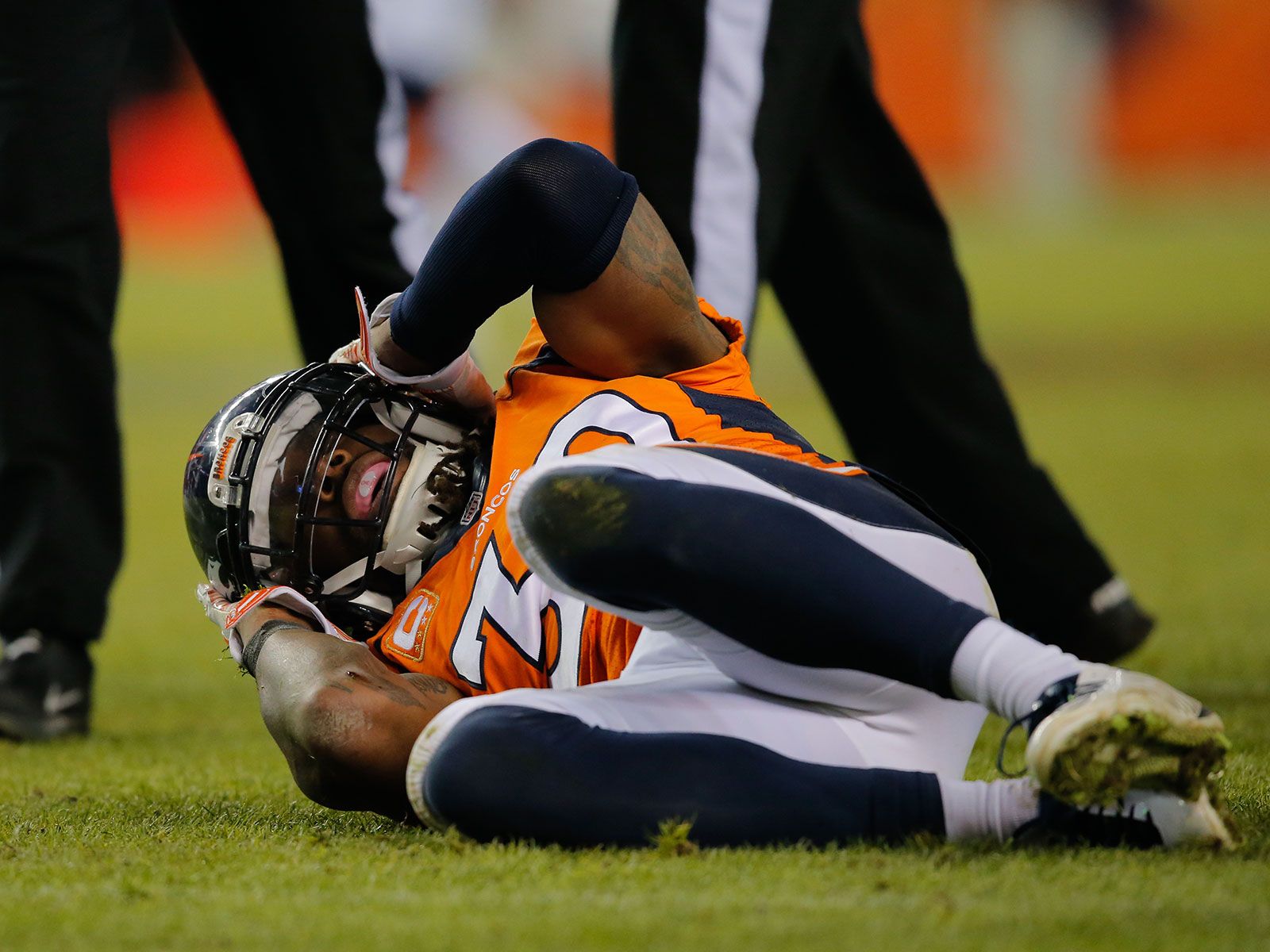 Imagine you fall down the stairs in your house and bang your head. Or perhaps you hit your noggin during a car accident. Or maybe you are football player who has just taken yet another blow to the head. You are diagnosed with a mild or a severe concussion, and you end up in a hospital and even an ICU.

Eventually your injury heals weeks later, or so it seems, because your CT scans look clear, and you go on with your life. But in a few years, strange things start to happen. Bright lights and loud noises begin to bother you. You have trouble sleeping. You canâ€™t concentrate, canâ€™t keep up with your daily routine and your work performance plummets. Thatâ€™s because deep within your brain, in the areas where the imaging technology canâ€™t see, that old injury never healed. Instead, it became a chronic inflammatory process that will eventually damage your brain tissues, explains a study published this month in Science.

According to a 2018 study in the Journal of Neurosurgery, about 69 million individuals around the world suffer from traumatic brain injury every year. Geoffrey T. Manley, a trauma neurosurgeon at San Francisco General Hospital and professor of neurosurgery at the University of California San Francisco who wasnâ€™t involved in the study, sees patients every week who seem to recover, only to suffer from debilitating symptoms later that develop as a consequence of the initial injury. Over time, this slow-brewing process can trigger cognitive impairments, sleep disturbances from abnormal neuron firing and even epileptic spikesâ€”short â€œelectrical explosions” that donâ€™t happen in healthy people. Manley says this process is very prominent in brain injury patients and is severely disabling. The inability to have a normal, healthy sleep is particularly detrimental. â€œSleep disorders affect all aspects of your life,â€ he says.

Neuroscientists had known for years that brain injuries can linger, but the underlying molecular mechanisms werenâ€™t fully clear. They donâ€™t have any therapies to stop these secondary injuries from occurring. â€œI have no treatment for traumatic brain injury other than symptomatic relief, or medication for seizures once patients develop them,â€ Manley says. However, epilepsy drugs often have such profound side effects that people donâ€™t want to take them. â€œSo we are really, really desperate for anything,â€ he says.

Now, the new study sheds some light into the brain areas where CT scans canâ€™t see and where the inflammatory process takes hold. Led by Jeanne Paz, who studies neurological diseases at Gladstone Institutes, the study identifies that a specific molecule, named C1q, is present in certain brain areas at unusually high levels for months after the initial trauma. The study also describes the teamâ€™s effortsâ€”so far only done in miceâ€”to show that a drug prevents the inflammation from setting in.

Most brain traumas affect the cerebral cortex, which sits right underneath the skull, absorbing the impact. But Pazâ€™s team found that the ill effects can propagate to the thalamusâ€”a small area located near the brainâ€™s center responsible for processing sensory input. The constant communication between the thalamus and the cerebral cortex is what enables us to make intelligent decisionsâ€”the thalamus processes the input and the cortex decides what to do. For example, if youâ€™re talking on the phone and your toddler suddenly lets out a loud scream, you know you must stop the conversation and attend to the child. The thalamus processes the sounds from the conversation and the toddler, the cortex decides whatâ€™s important.

As part of the study, scientists examined human brain tissues obtained from autopsies of patients who ultimately died from their head trauma. The team found that the C1q molecules were present in the diseased patientsâ€™ thalamus for over a week after they were originally hurt. â€œWe were surprised to see such high levels of this molecule in the brain region that wasnâ€™t even affected by the initial injury,â€ says Paz. â€œOur hypothesis isâ€”itâ€™s because the thalamus is very closely connected to the cortex and the two constantly talk to each other.â€ This constant talk and coordination generates a certain rhythmic activity in the brain that is important for attention, consciousness and sleep. So when the cerebral cortex is hurt, the communication between the two is disrupted, and some neurons within the thalamus die. As a result, the brainâ€™s cellular cleanup crew shows up.

Called microglia, these cleanup cells remove damaged neurons and fight infections. To do this, they release the C1q molecules, which, overall, play a very important role in brain health. C1q trims synapsesâ€”the points of junction between neuronsâ€”to avoid having too many of the connectors. C1q promotes brain development and helps humans forget memories, which is necessary for storing new memories. When things go as normal, C1q trims synapses as it should. When injuries happen and neurons die, C1q helps clean them, but instead of stopping, it continues to trim what it shouldnâ€™t trim anymore. â€œSo C1q can be both good and bad,â€ Paz says.

Normally, in the adult personâ€™s thalamus, no C1q is present, she says. Researchers believe that in some cases, the microglia cells just keep releasing the molecule within the thalamus, making the process chronic. â€œWe wanted to know what makes the process chronic and how we can interrupt it,â€ Paz says. So her team tried treating brain-injured mice with a potential therapeutic, shortly after the trauma and before long-term symptoms appear.

Paz worked with collaborators at Annexon Biosciences, a pharmaceutical company that is developing and testing an antibody therapeutic that can block the activity of the C1q molecule. The antibody was initially designed to treat Guillain-BarrÃ© Syndrome, which is also linked to the aberrant activity of overzealous C1q. Paz wanted to see if the drug would have beneficial effects in brain injury cases in mice.

The team treated brain-injured mice with antibody cocktails within 24 hours after injury and then did twice-weekly treatments for three weeks. That brought down the amount of the C1q molecule and prevented chronic inflammation and the loss of neurons in the crittersâ€™ thalamus. It also prevented the development of the epileptic spikes and restored their sleep. But when the researchers studied how mice genetically engineered to not have the C1q molecule dealt with trauma, their initial brain injury was much worseâ€”they suffered much greater neuronal death in the cerebral cortex, where the blow struck. So ultimately, the C1q indeed lived up to its â€œgood and badâ€ reputation.

The C1q molecule shouldnâ€™t be blocked at the time of injury, because it seems to protect the brain and prevent cell death, Paz explains. But blocking the C1q shortly after the initial injury may reduce inflammation.

Manley describes the study as an important milestone in the brain trauma treatment paradigm. â€œIt demonstrated that after the initial injury to the cortex, there is the secondary injury to the thalamusâ€”you can see pathology evolving,â€ says Manley. But whatâ€™s really promising, he adds, is that an antibody drug can help remediate that secondary injury. Antibodies are drugs that do exactly what their name suggestsâ€”they work against the bodyâ€™s proteins or molecules that have somehow gone rogue and are now causing harm rather than performing normal functions. Designed to bind to rogue molecules and disable them, antibodies have revolutionized how medics treat many diseasesâ€”neurological, autoimmune, cancer and most recently, Covid-19.

So far the C1q antibody has been tried only in mice, which means it is still at least a few years away from arriving to the brain trauma wards. The therapeutic would have to be tested in human trials and approved by the FDA first. But this is an important step in right direction, Manley says, because the currently available meds canâ€™t prevent the injury from progressing. â€œSo when I see a paper that not only explains the mechanism that generates the pathology I see in my patients every day, but says that here is a monoclonal antibody that apparently suppresses this pathology, I find it very exciting,â€ Manley says. â€œWe need better ways to treat people.â€