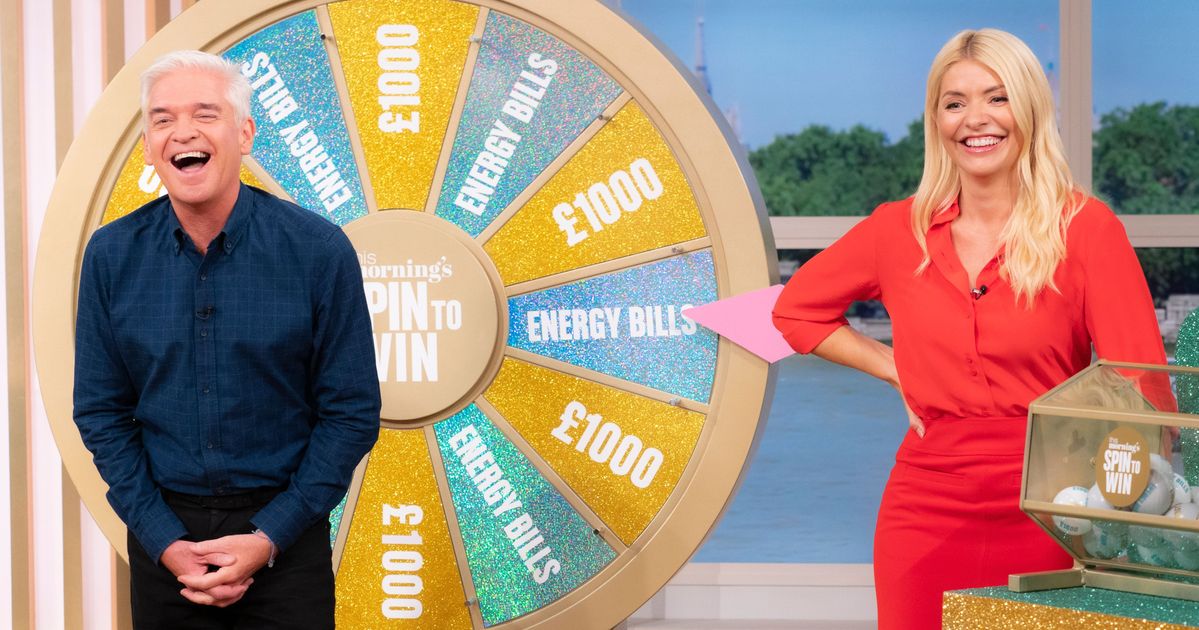 This Morning has sparked hundreds of complaints to Ofcom over a controversial tweak to the show’s Spin To Win game which aired earlier this month.

Following Phillip Schofield and Holly Willoughby’s return from their annual summer break, it was revealed that the daily game of chance, which usually offers cash or holidays as prizes, had been adapted to include a new reward of having the player’s energy bills paid for the next four months.

The move was met with a backlash from viewers at the time, many of whom branded it “dystopian” and compared it to a scene from the Netflix series Black Mirror.

Initially, This Morning doubled down on the prize, by adding household bills into the mix the following day, with Phillip commenting: “Wonder how much of that they can complain about online?”

The “bills” prize was then scrapped completely, but apparently not before sparking a total of 379 complaints to Ofcom, as reported by The Sun on Wednesday.

As is standard procedure, the TV watchdog will assess these complaints before deciding whether to take the matter further.

More recently, Phil and Holly found themselves at the centre of controversy again, when they were accused of “queue-jumping” during their visit to see the Queen lying in state last week.

The presenters have insisted that this was not the case, with Holly stating during Tuesday’s show: “Like hundreds of accredited broadcasters and journalists, we were given official permission to access the hall. It was strictly for the purpose of reporting on the event for millions of people in the UK who haven’t been able to visit Westminster in person.

“The rules were that we would be quickly escorted around the edges to a platform at the back. In contrast, those paying respects walked along a carpeted area beside the coffin and were given time to pause.

“None of the broadcasters and journalists there took anyone’s place in the queue, and no-one filed past the Queen. We, of course, respected those rules. However we realise that it may have looked like something else and therefore totally understand the reaction. Please know that we would never jump a queue.”

This Morning airs every weekday from 10am.