This Seabird Species Dives Deeper When the Water is Clearer 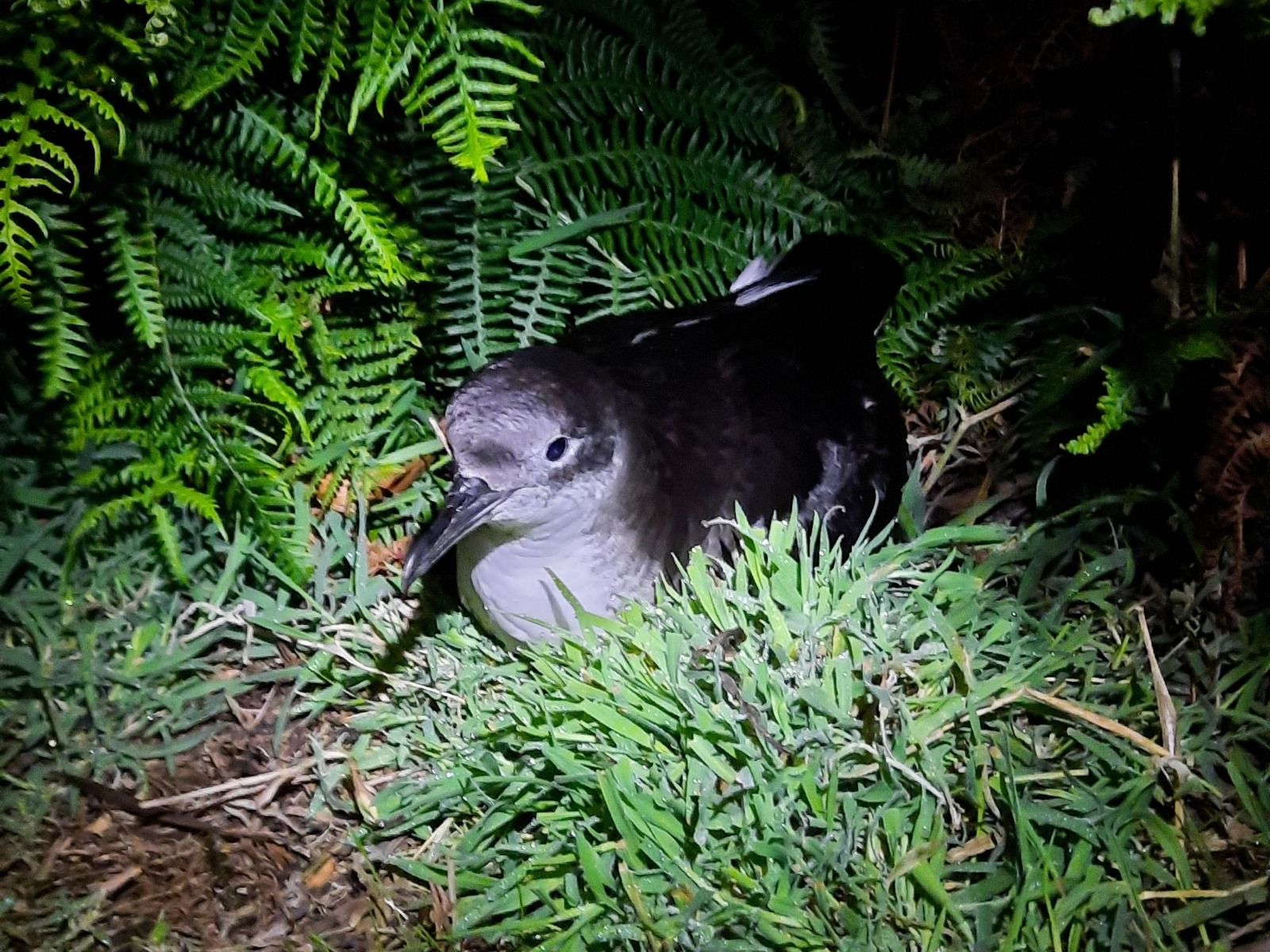 On a small island off the coast of Ireland, a team of scientists spent last summer scooping up pretty black and white seabirds from their underground burrows so they could attach miniscule trackers to their backs. Using saltwater-resistant tape, the researchers affixed the tiny tracking devices to the feathers of Manx shearwaters, which are known for their graceful flights just above the surface of the ocean. By the end of the summer, the recovered trackers would give the scientists insight into these impressive flights, as well as the birds’ dives deep under the water.

The goal of the study, which was published today in Proceedings of the Royal Society B, was to understand how underwater visibility affects seabirds’ ability to forage for fish and other prey. Human activities causing climate change, coastal erosion and marine pollution are making it harder to see underwater. In particular, altered wave patterns due to climate change have stirred up ocean-floor sediments, reducing the clarity of the water. But all of these factors that make the water cloudier could be making it increasingly difficult for marine animals like seabirds to find and catch their food. Yet this issue has received relatively little attention from conservation biologists. “I really wanted to try and do this topic some justice because it’s something that’s kind of flown under the radar,” says Jamie Darby, a marine ecologist at University College Cork and lead author of the study.

Darby and his colleagues analyzed the diving patterns of Manx shearwaters along with local environmental conditions like cloud cover and water clarity. They found that the birds dove deeper when sunlight could penetrate further underwater, suggesting that visibility is key to their ability to dive for food. Darby says this finding is important because it means that seabirds, many of which already face threats like entanglement in fishing gear, could have an additional hurdle to overcome as the planet warms and parts of the ocean become cloudier.

To find out whether Manx shearwaters are less capable of diving for fish when their underwater visibility is compromised, Darby and colleagues first needed to know where, when and how deep the birds were diving, which is where the trackers came in handy. These specialized devices took GPS coordinates every five minutes, and they also recorded the birds’ vertical movements below the surface. “When the bird is underwater, they’ll record depth every two seconds, so that allows us to get some really nice fine-scale dive data,” says Darby.

To figure out when visibility got better and worse throughout the summer, the researchers needed to collect environmental data. Using publicly available databases, they amassed a range of relevant information about weather patterns and ocean conditions. This included the cloud cover, the angle of the sun above the horizon, the clarity of the seawater and the depth of the ocean at all geographic locations and time points covered by the trackers.

After recatching the tagged shearwaters as they returned to their island burrows, the researchers carefully removed the trackers. They then downloaded the bird movement data and combined it with the environmental data to see how diving behavior related to visibility. Although they only tracked 36 individual shearwaters, they managed to record over 5000 different dives, providing a huge dataset to work with.

But without measuring the actual amount of food caught by the birds, researchers couldn’t be sure if, and to what extent, the seabirds’ diet is negatively impacted by poor underwater visibility. Benjamin Van Doren, an ecologist at the Cornell Lab of Ornithology who was not involved in this study, suggests that future research look into exactly how visibility affects the birds’ feeding success, energy use and ultimately, survival. But he adds that this study clearly shows that light plays an integral role in the shearwaters’ diving behavior.

While this research focused on Manx shearwaters, the relationship it revealed between foraging and visibility-related factors like cloud cover and water clarity are likely to apply to other marine animals as well. “I think anything that is visually dependent and dives will probably experience some effect of water turbidity,” says Darby. Many animals could find themselves struggling to find food as human activities continue to make the oceans murkier, he says.

Reduced underwater visibility may also make it harder for marine animals to spot and avoid potential threats, such as boats and fishing nets. A previous study showed that seals get tangled in fishing nets more often when the water is less clear. And based on the results of the shearwater study, Darby thinks the same could be true for seabirds as well. But adding lights or high-contrast colors to these nets could make them easier to see underwater and reduce the likelihood that birds will dive into them.

According to Melissa Price, a wildlife biologist at the University of Hawai‘i at Mānoa who was not involved in this study, seabirds face a wide range of threats due to human activities on both land and water. “They live in both worlds, right? They have a portion of their life history that depends on land and a portion of their life history that depends on the ocean,” she says. Price explains that everything from overfishing to coastal development can add up to put these birds in danger. A 2012 study showed that more than a quarter of the world’s 346 seabird species were threatened, and almost half were suspected of having declining populations. Now it seems that poor underwater visibility may also be contributing to these declines. As Price says, “It’s another source of impact for seabirds, which are already being hammered by so many other things.”