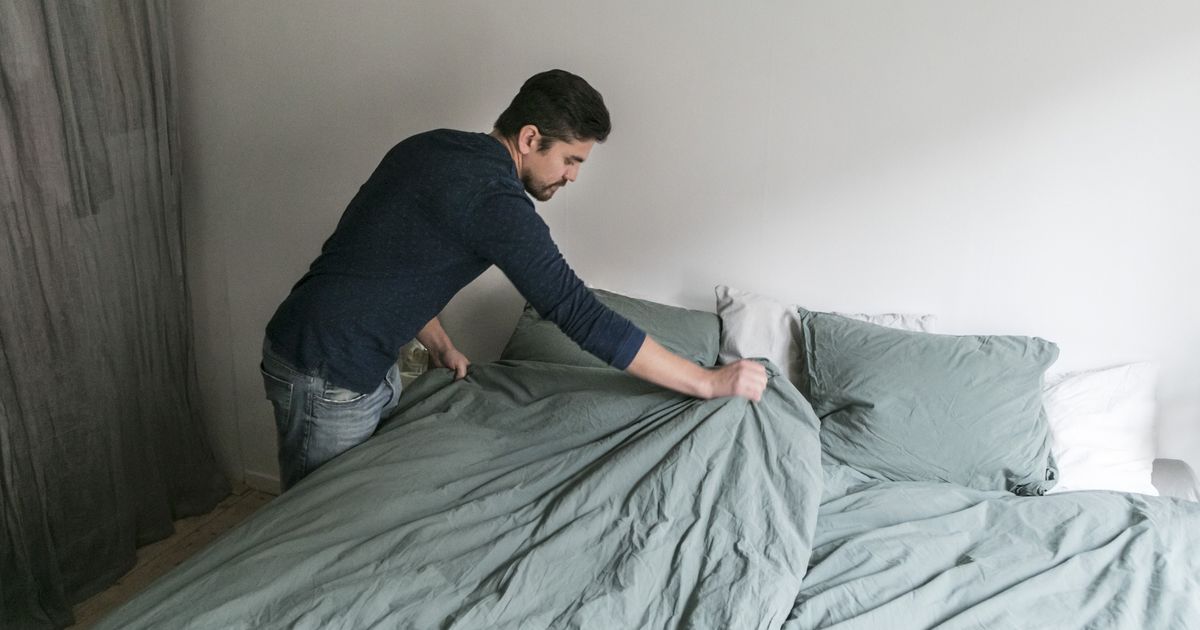 When you share a bed with a partner, if one of you is having trouble sleeping, it’s likely both of you will wake up feeling groggy.

It’s virtually impossible to get some decent shut-eye if your other half is tossing and turning in the night, but a Swedish influencer may have delivered a solution.

In a video that’s been viewed more than one million times, Cecilia Blomdahl explains that whenever she shares content relating to her bed online, people are fascinated.

So, what makes her bed so special?

It has two duvets – and according to Blomdahl, it’s pretty common to have your own solo duvet in Sweden.

In the video, Blomdahl talks through her bed-making process, including air-drying her sheets in the cool breeze outside. She uses one fitted sheet before adding two snuggly single duvets next to each other. If you still want the bed to look like one unified double, you can then place a double throw or sheet on top.

“I think the way we do our beds is pretty common in Europe, but it’s completely different to America,” she says.

The comments are full of people from other Scandinavian countries joking that there’s no other way to make a bed, but it’s certainly not a common practice in the UK.

“We recently got two duvets and it’s been the best choice for the longevity of our marriage,” one person commented.

Another added: “A 10/10 bed setup! I would not survive sharing both the bed and the duvet. I’m cringing inside at the thought.”

Not only would the method stop the constant tugging of the covers, you’d also never have to have a debate about which tog duvet to buy again.

Sorry Brits, it looks like we’ve been going it wrong.