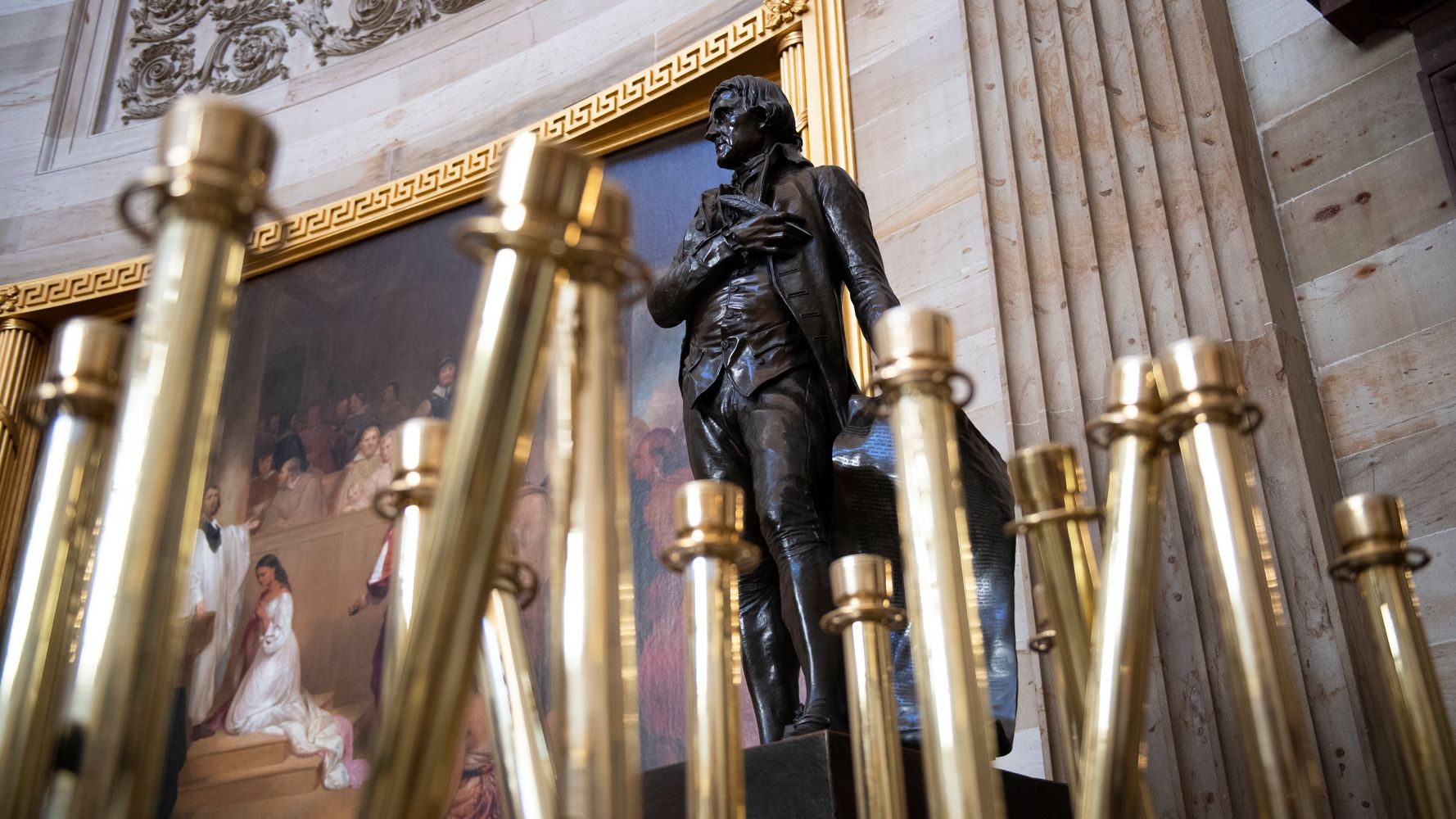 Shannon Lanier, a ninth-generation direct descendant of President Thomas Jefferson, believes that statues of the Founding Father would be better off in museums.

Lanier, who works as a journalist and is related to Jefferson through the third presidentâ€™s relationship with enslaved woman Sally Hemings, penned his thoughts in a Newsweek editorial, arguing that Jefferson was â€œa participant in the institution of slaveryâ€”perhaps the most notorious one among the Founding Fathers, not least because of the jarring contrast between what he practiced and what he preached.â€

In the piece, Lanier emphasized that while he respected Jeffersonâ€™s accomplishments, including drafting the Declaration of Independence and fulfilling the Louisiana Purchase, the man still â€œowned more than 600 people against their will, knew it was wrong, but never let them go.â€

Lanier also added that statues of slaveowners like Jefferson have been left untouched largely toÂ â€œremind people of color of their â€˜degradedâ€™ place in society.â€

â€œPublic statues and monuments like the ones of Thomas Jefferson, Robert E. Lee, and Christopher Columbus … are for many people symbols of hate, racism and slavery; and when we honor and celebrate them in public arenas, we inadvertently give them and their actions validity and power,â€ Lanier wrote.

â€œA statue alone only provides content, but a museum setting would allow it to have context. It is imperative that we remember our history, that we donâ€™t erase our complicated past, but preserve and learn from it while understanding where those figures fit into the fabric of our country. In the sentiment of Thomas Jefferson, we have to grow and change with our times.â€

Lanierâ€™s editorial comes amid repeated calls throughout the U.S. to remove public monuments connected to slavery and the Confederacy. On Sunday, a statue of Jefferson was defaced and pulled down outside a school named after him in Portland, Oregon, after an evening of protests.Â

Other odes to Jefferson in public areas include the University of Virginiaâ€™s statue â€”Â defaced in 2018Â â€” as well as the statue of Jefferson in the U.S. Capitol Rotunda in Washington, D.C., the entire Jefferson Memorial, and countless other smaller monuments throughout the country.

On Thursday, members of the New York City Council wrote a letter to Mayor Bill de Blasio urging the removalÂ of a Thomas Jefferson statue in City Hall.

â€œThe statue of Thomas Jefferson in the City Council Chambers is inappropriate and serves as a constant reminder of the injustices that have plagued communities of color since the inception of our country,â€ reads the letter, signed by Speaker Corey Johnson and four other members of the council. â€œJefferson is Americaâ€™s most noted slave holder … and a scholar who maintained that Blacks were inferior to whites.â€

During his lifetime, Jefferson â€œmade some legislative attempts against slavery and at times bemoaned its existence, [but] he also profited directly from the institution of slavery and wrote that he suspected Black people to be inferior to white people,â€ according to the Thomas Jefferson Foundation.Â

The paternity of Hemingsâ€™ six children, previouslyÂ the subject of debate by historians, is now considered a â€œsettled historical matterâ€ by the Thomas Jefferson Foundation. Prior to the 2018 opening of a curated section of Monticello estate dedicated to Hemings, the foundation issued a statement citing a â€œconsiderable body of evidence stretching from 1802 to 1873 (and beyond) [describing] Thomas Jefferson as the father of Sally Hemingsâ€™s children.â€