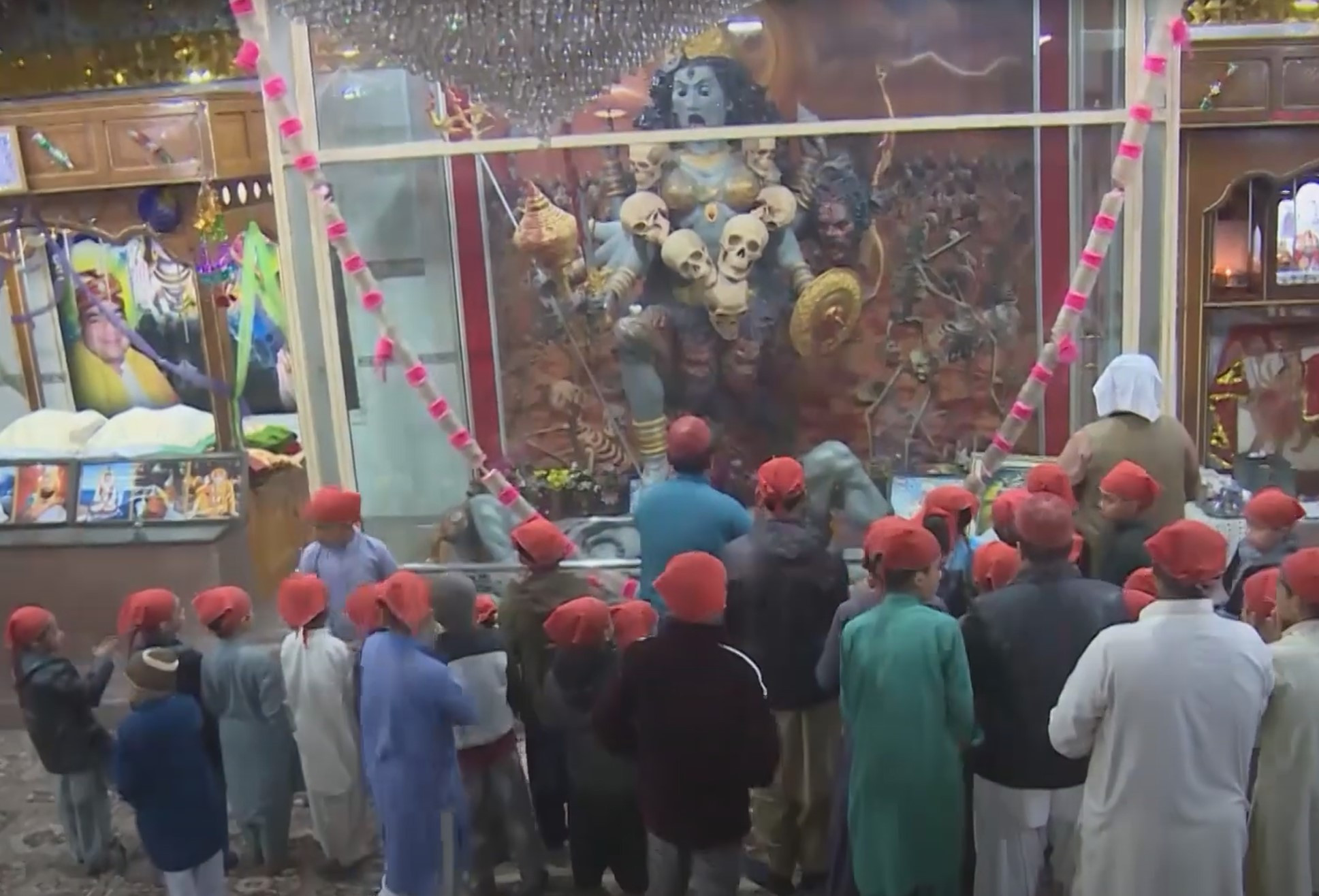 
The three-day annual festival of the Hindu community at the Kali Mata Mandir, the historical temple of Hindus located in Kalat, began with traditional and religious fervor on Tuesday.

Hindu community from across the country reached Kalat in large numbers to participate in the annual festival.

The Hindu community also organized special prayers for the prosperity of the country.

Special food stalls have also been set up and free food is being distributed among the participants of the religious gathering.

Mana Mall, a local leader of the Hindu community, said that the main purpose of the festival was to bind and unite the people with love, peace, affection, and brotherhood.

Expressing his satisfaction over relations of Muslims with Hindus in Pakistan, he said that other countries of the world should learn lessons from Pakistan where there is no discrimination on the basis of religion and where minorities are enjoying all facilities as being availed by their Muslim brothers.

He further said that “Pakistan is our country and we have all kinds of religious freedom. We are very happy to participate in the annual historic festival.”

Law enforcement agencies have made effective security arrangements at all entrance and exit points for the festival.

The second-largest Kali Mata statue in Asia is placed at the temple and because of that, the Hindu community from India also frequently visits the mandir in large numbers.