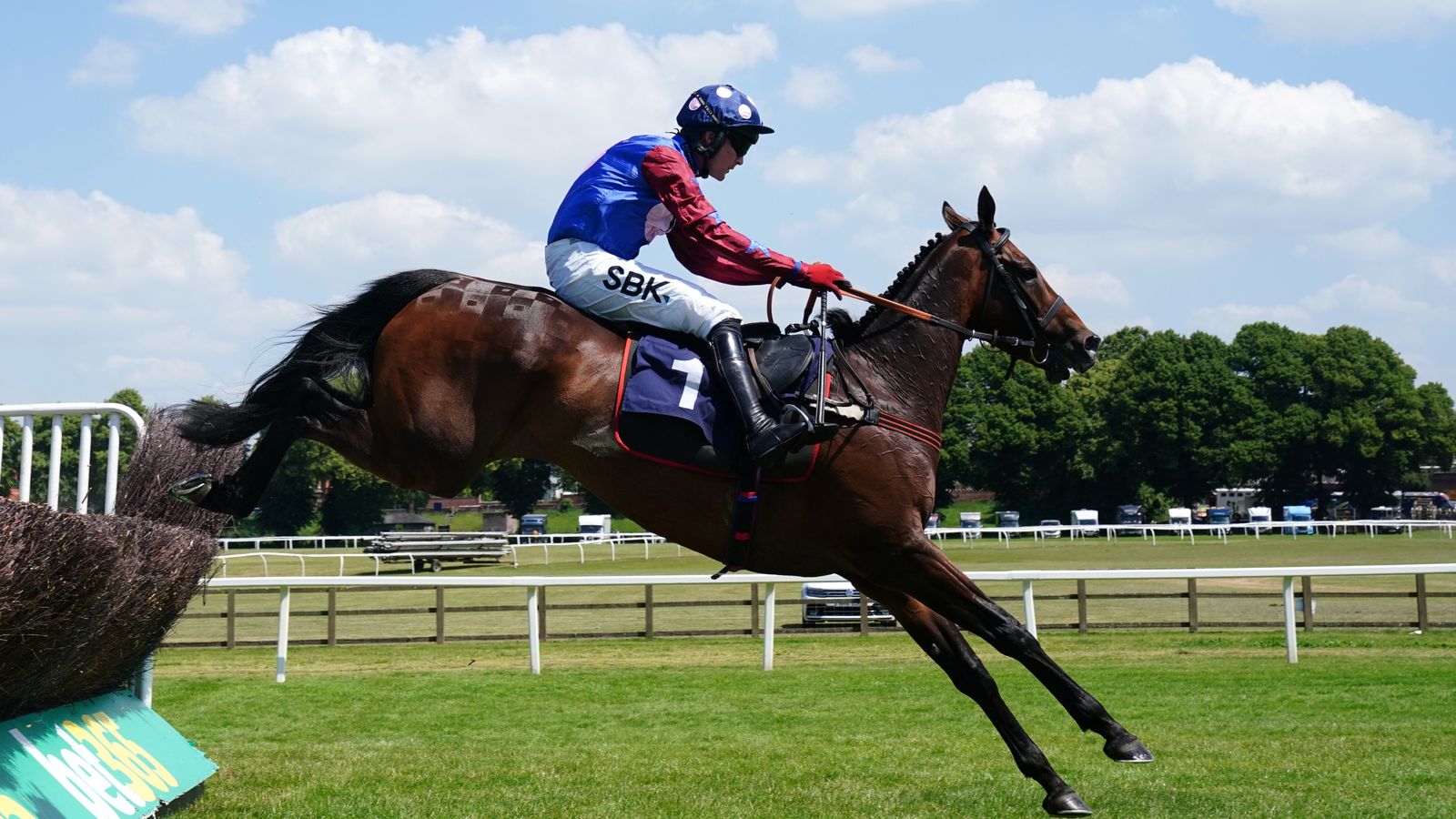 A trio of meetings on a jam-packed Monday of action, with two top chasers in Hang In There and Hell Red going head-to-head at Newton Abbot, live on Sky Sports Racing.

2.53 Newton Abbot – Hang In There bids to continue winning run

Hang In There returns to the scene of his sole defeat over fences on his chase debut, taking on two rivals in the Pertemps Network Novices’ Chase (2:53).

While 70-rated Oborne Lady looks to be no match on paper, Paul Nicholls sends Hell Red who is an intriguing opponent, having won four of his five chases although is rated 12lbs below the likely market leader.

Emma Lavelle and Tom Bellamy again team up with this favourite, and will surely be looking at bigger prizes in the next month or two if they get the job done here.

The Follow Vickers.Bet On Facebook Handicap (4:20) features several horses who know each other well from recent starts, including David Evans’ Dora Penny who drops back into Class 4 level.

She rattled off a four-timer earlier this season and is now back at a level she has won in previously, while Bibulous was second behind that runner last month.

Ed De Giles also drops Treacherous in grade and could be one to consider, with exciting apprentice Harry Davies taking off a valuable 3lb.

Albany Stakes third Ivory Madonna will surely not get a better chance to get off the mark in the Go Racing With Vickers.Bet Maiden Fillies’ Stakes (6:00) at Newcastle.

Richard Spencer’s two-year-old has been beaten once in a maiden, but has since ran two more solid races at Group Three level and takes a huge drop in class here with P J McDonald in the saddle.

Debutant Lady Marie for the David Simcock team could provide the chief opposition, with Jamie Spencer taking that ride.