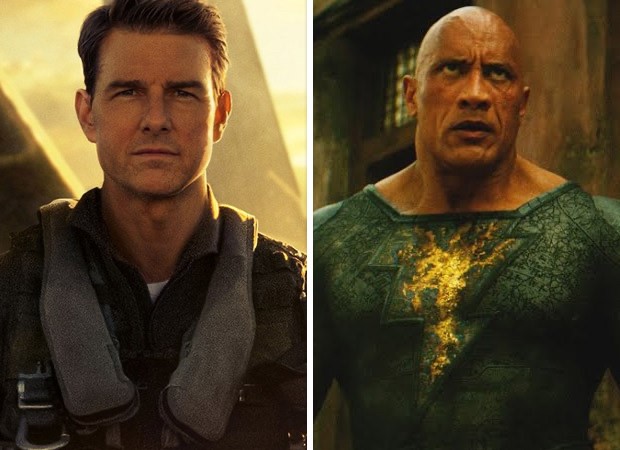 Tom Cruise, who is freshly coming of his action flick outing Top Gun: Maverick, made a whopping $100 million (Rs. 799 crores), which is significantly more than other high-profile celebrities putting him miles ahead the rest of the pack.

According to Variety, through Maverick, which is still flying high at nearly $1.2 billion at the global box office, sources estimate that Cruise will net $100 million or more from ticket sales, his salary and his eventual cut of home entertainment rentals and streaming revenue.

As per the report, while Tom Cruise leads the list with a $100 million payday for Maverick, Apple will reportedly pay Leonardo DiCaprio $30 million to reteam with Martin Scorsese on the historical drama Killers of the Flower Moon, and $30 million to Brad Pitt for currently untitled Formula One drama from Top Gun: Maverick director Joseph Kosinski.

Meanwhile, $35 million has been shelled out for Will Smith for appearing in the escaped-slave thriller Emancipation.

Joaquin Phoenix earned himself a major salary hike for Joker 2. The Oscar-winner will make $20 million for the sequel to the 2019 film, for which he was paid $4.5 million. Jason Momoa will earn $15 million for the Aquaman sequel and Ryan Gosling is making $12.5 million for Barbie, the same as his co-star Margot Robbie.

Notably, Millie Bobby Brown is making a $10 million upfront salary for starring in the sequel of Enola Holmes, alongside Henry Cavill, making her the highest-paid actor under 20. The 18-year-old actress is reportedly making more than the Hollywood A-lister Robert Downey Jr. who is getting $4 million for Christopher Nolan’s Oppenheimer.

This is likely because Downey has a comparatively smaller supporting role in the ensemble, and is making the same amount as his co-stars Matt Damon and Emily Blunt.