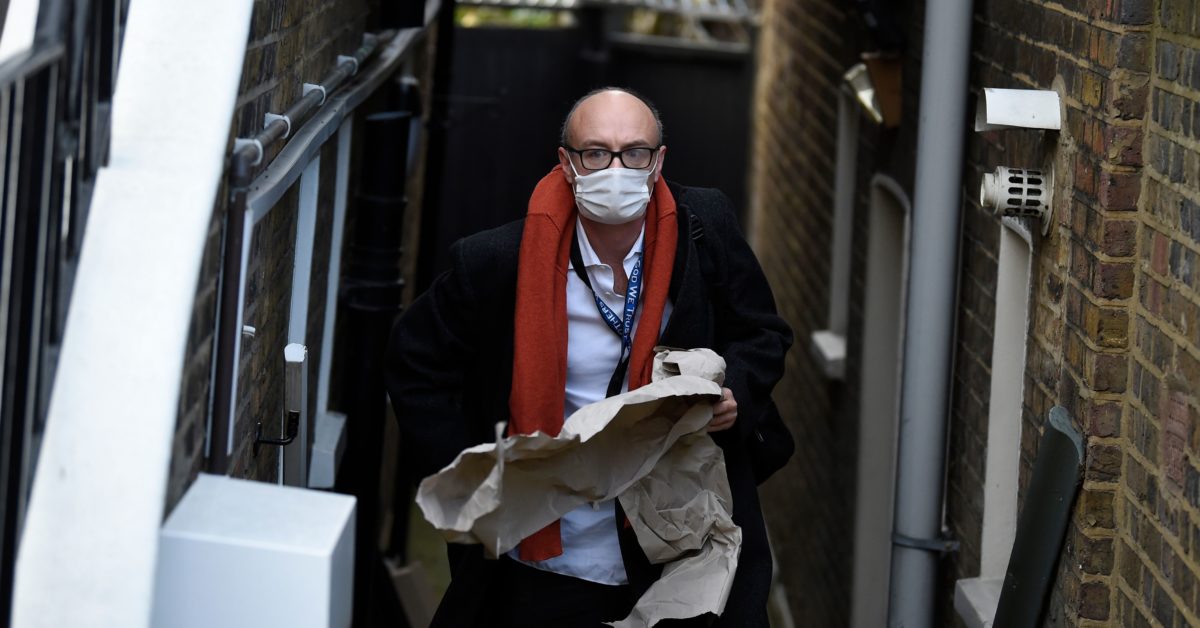 LONDON â€” Boris Johnsonâ€™s former top adviser Dominic Cummings was given a pay raise of at least Â£40,000 this year before he was forced out of No. 10, newly released government documents reveal.

The raise was disclosed in the footnotes of the governmentâ€™s annual report on special advisers, the temporary civil servants appointed to provide political advice to ministers, and confirmed by an official.

A public power struggle over the role of the prime ministerâ€™s chief of staff last month led to Cummingsâ€™ departure from Downing Street, alongside his ally Lee Cain.

Cummings and Cain â€” who worked together in the Vote Leave campaign during the 2016 Brexit referendum â€” were the highest-paid advisers listed in the report, alongside the now-acting Chief of Staff Eddie Lister, Policy Unit Head Munira Mirza and incoming Chief of Staff Dan Rosenfield.

Cummingsâ€™ pay raise came in a year where he sparked fury by appearing to break lockdown rules by traveling more than 400 kilometers from London to Durham in April. Johnson backed him at the time, telling journalists his then-top aide â€œacted responsibly and legally, and with integrity.â€

â€œBoris Johnson defended Dominic Cummings when he broke lockdown rules â€” then awarded him a Â£50,000 pay rise. Yet heâ€™s freezing pay for key workers and refusing to give our care workers a pay rise to the living wage,â€ the opposition frontbencher said.