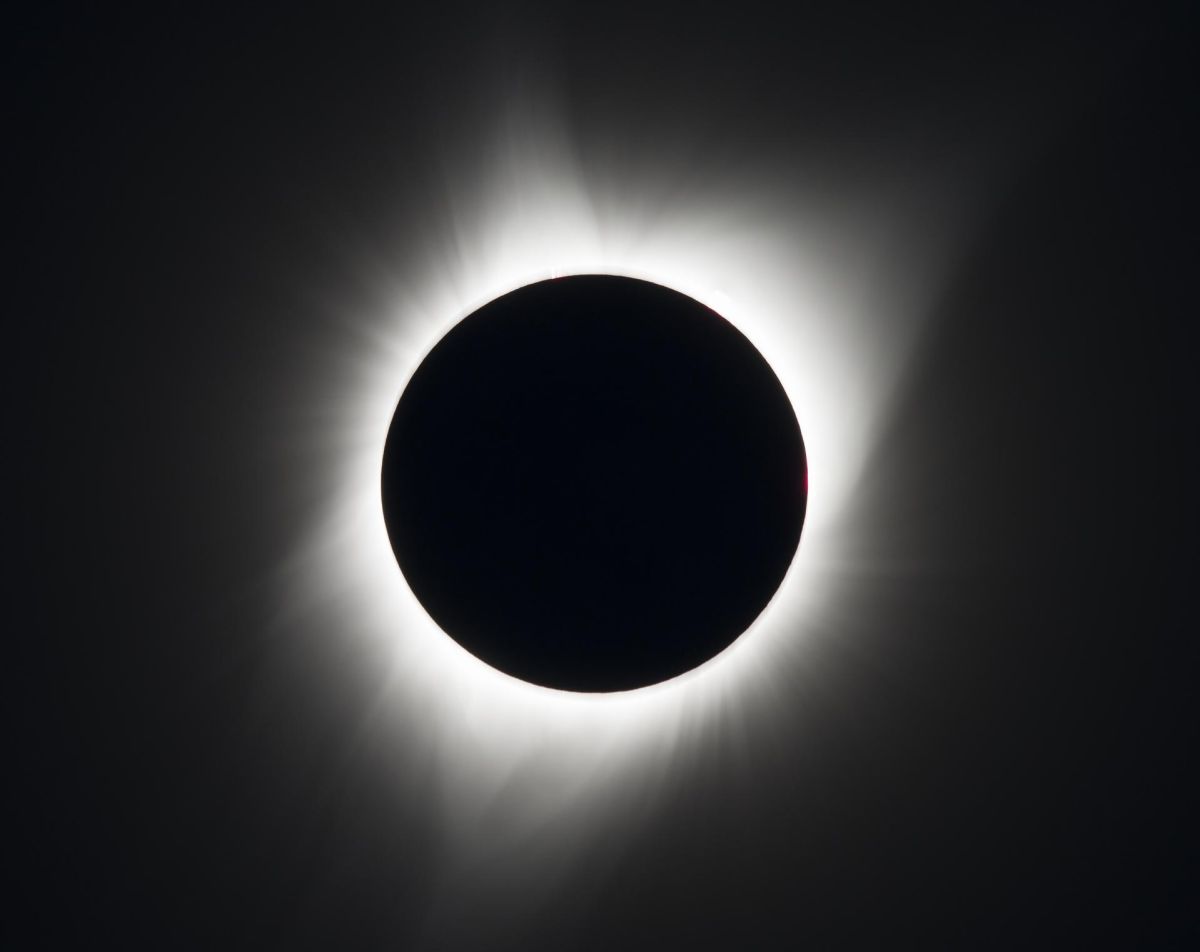 The only total solar eclipse of the year takes place on Saturday (Dec. 4), and if you live in the far south of the world you may be able to catch a glimpse. Alternatively, there might be a livestream available if the Antarctic weather holds.

Solar eclipses happen when the new moon passes in front of the face of the sun, from Earth’s perspective. (Never look at the sun directly with your eyes; instead, follow the safety guide we have later in this article to help you.)

A total solar eclipse â€” like the one that crossed the U.S. onÂ Aug. 21, 2017Â â€” happens when the moon is close enough in its orbit of Earth to block 100% of the solar disk. If an observer is in the narrow path of totality, during the eclipse peak they will see a 360-degree sunset and the fiery outer layer of the sun, known as theÂ corona.Â

Related: Amazing solar eclipse pictures from around the world

The best visibility for this eclipse is from Antarctica and surrounding waters, although some partial phases are visible in regions such as Australia, New Zealand, Argentina and South Africa.

After 2021 eclipse concludes, we’ll have to wait almost 18 months until the next total solar eclipse on April 20, 2023. That will pass over a far more populated region that includes south and east Asia, according to NASA’s eclipse site.

Here are some tips to help you get the most out of the Dec. 4 eclipse.

What time is the solar eclipse and how long is it?

Like most solar eclipses, the event will be relatively brief. The moon has a very small shadow and we are lucky that at times it is just big enough to cover the entire face of the sun, from Earth’s perspective.Â

Totality will last just 1 minute and 54 seconds at most, according to Sky & Telescope; this is highly dependent on where you are standing within the path of totality. Â The partial phase of the eclipse will last about an hour, though.

Total solar eclipses happen thanks to a happy coincidence, because the sun’s diameter is 400 times greater than the moon â€” but our moon also happens to orbit 400 times closer to Earth than the sun. When the orbital paths of the moon and the sun intersect perfectly every 18 months or so, you get a total solar eclipse.

Totality occurs in regions where the darker shadow of the moon, known as the umbra, sweeps across the surface. Eclipse chasers describe totality as a unique experience where you see the sun’s disk fall to a crescent, while the moon’s shadow overtakes the region.

The sun’s superheated corona layer will peek out around the moon while the sun is completely covered. The total phase of the Dec. 4, 2021 eclipse will last less than two minutes, but at rare times the alignment is fortunate enough to give skywatchers 7.5 minutes of totality.

Where is the 2021 solar eclipse visible?

Because the moon’s shadow is narrow, only a small band of humanity will see the total solar eclipse of Dec. 4. This eclipse will also pass over a particularly isolated part of the world, which is the Antarctic peninsula.

The eclipse’s path takes in the southernmost tip of South America’s cone, which has very little land available on which to stand. So Antarctica and the watery regions surrounding it are the best area to catch a view, although there will be at least a partial eclipse available in nearby regions.

The southernmost regions within Australia, New Zealand, Argentina and South Africa will see a small shadow of the lunar disk moving over the sun, according to anÂ interactive mapÂ from Time and Date.

Remember that this is the southern summer and Antarctica is usually in perpetual sunlight. After the eclipse, places such as Emperor Point won’t see twilight again until the middle of February 2022, according to thisÂ sun graphÂ from Time and Date.Â

Viewing tips for the solar eclipse

WARNING:Â Looking directly at the sun can lead to blindness and other forms of permanent eye damage if you aren’t wearing proper eye protection.Â

ToÂ safely observe the sun or watch an eclipse, use special protective eyewear or certified eclipse glasses. Do not use basic sunglasses, even if they have UV protection, as that is not enough to keep your eyes safe. The safest way to observe an eclipse is indirectly, usingÂ a pinhole cameraÂ that you can make easily at home.Â

Astrophotographers must use special solar filters on their equipment, even during phases of near-totality. If you must document one of these events with a camera, a simple, wide-angle snap should be enough, even on your smartphone.

NASA warns that you should be very careful during solar eclipses. “If you are in the path of a total solar eclipse, you can take off your solar viewing or eclipse glasses only when the moon is completely blocking the sun,” NASA advises, adding, “to learn when you can safely remove your glasses, seeÂ this page.”

Editor’s Note:Â If you snap an amazing solar eclipse photo and would like to share it with Space.com’s readers, send your photo(s), comments, and your name and location toÂ spacephotos@space.com.