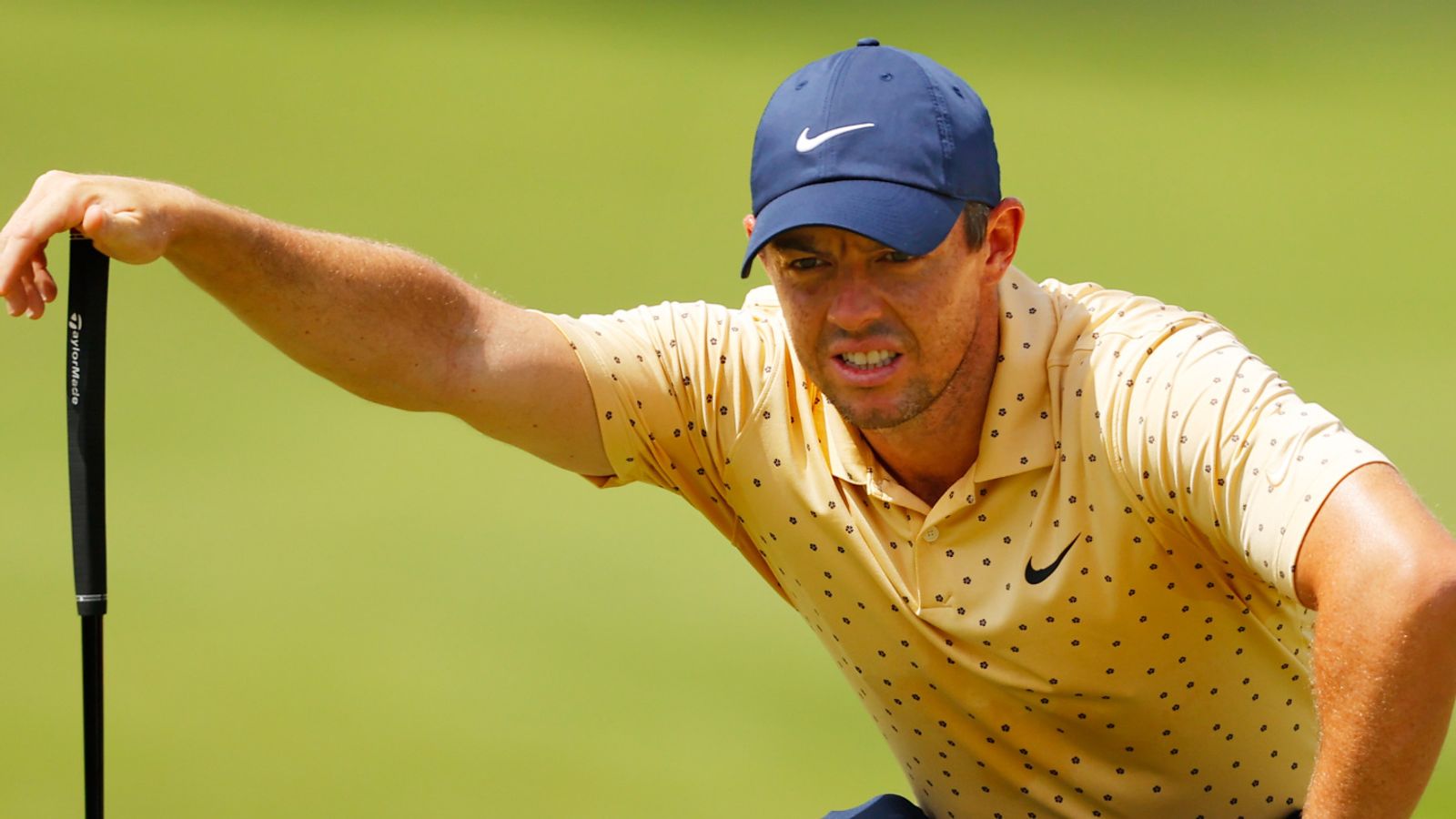 Rory McIlroy was happy to defy his “low expectations” ahead of the Tour Championship after he celebrated his first round as a father with an eight-birdie 64.

McIlroy was “emotinally drained” when he finally got to Atlanta on Thursday, just three days after he and wife Erica welcomed their first daughter, and the world No 4 managed to get in nine holes of practice on the eve of the PGA Tour’s season finale.

Despite his mind wandering back to events like baby feeding times, McIlroy played some of his best golf since the coronavirus shutdown as he made up three shots on FedExCup leader Dustin Johnson having started the tournament seven behind.

McIlroy had a mixed front nine with three birdies over the first six holes, although dropped shots at the third and eighth kept him to one under at the turn, but he got back on track with a 20-foot putt for birdie at the 11th which he emulated on the 13th green.

The defending champion converted two solid wedge approaches to 16 and 17, and a nice bunker escape to six feet at the last set up his third consecutive birdie to finish of an excellent day’s work, McIlroy closing on nine under par.

“Even though I’ve had success here, I was coming in with no expectations,” said McIlroy, who has not had a top-10 finish in eight starts since golf resumed after the coronavirus shutdown. “I didn’t touch a club for four days in between tournaments.

“Golf was the furthest thing from my mind earlier this week, and sometimes that’s a good thing just to decompress and get away from it, So I’m obviously happy to have the start that I did.

“It just shows you golf is such a mental game, and if you come in with low expectations, that’s always how I’ve played well. Whether I don’t feel like my game is in a good place or I’m not the favourite coming into a tournament, all that stuff, I feel like that’s when I usually play my best and I can play with a bit of freedom, and that’s what I did today.

“I’ve seen signs of my game that’s getting a little better over the last couple weeks. I played okay last week in Chicago, and I played well today. I played really well, that’s as good as I have in a long time, and that was very encouraging.

“For the most part I hit a lot of good iron shots, good wedge shots again. That’s been something in my game that’s been pretty good over the last few weeks, even though the results haven’t been there.