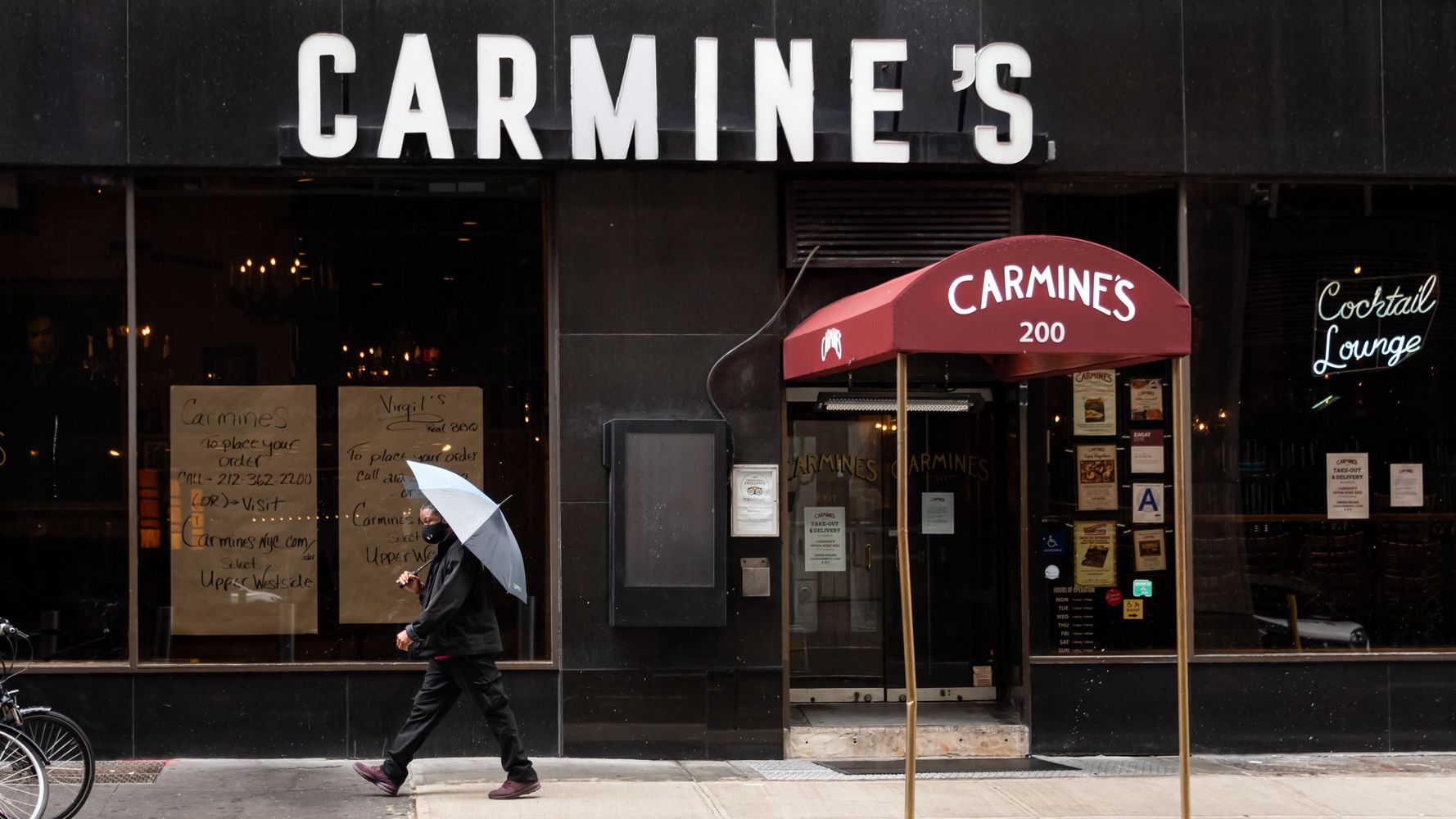 Three women from TexasÂ were charged with assaulting a host at a New York City restaurant Thursday evening after she asked for proof of COVID vaccination, as the city now requires for indoor dining.

The 24-year-old host at Carmineâ€™s, an Italian restaurant on Manhattanâ€™s Upper West Side, was struck multiple times with closed fists, resulting in bruises and scratches on her face, chest, and arm, and a broken necklace, police said.

Cellphone video shows the tourists nearly knocking over the host stand as the worker tried to back away. The assailants responded by grabbing at her neck and chest, the video shows.

The women, aged 49, 44, and 21, all residents of the Houston area, were charged with assault and criminal mischief.

Carmineâ€™s on the UWS says a hostess was assaulted after asking a group for proof of Covid vaccine to eat inside. â€œItâ€™s a shocking and tragic situation when one of our valued employees is assaulted for doing their job – as required by city policies…â€ @NBCNewYork after football. pic.twitter.com/xrqZoNm74R

â€œThis turned into a mess. And from there, itâ€™s inexcusable, itâ€™s ridiculous,â€ Banks said, noting that he has no problem with the vaccine mandate.

Manhattan Borough President Gale Brewer called the assault â€œcompletely unacceptableâ€ on social media, adding: â€œThereâ€™s no place for this kind of violence to be perpetrated against our essential workers.â€