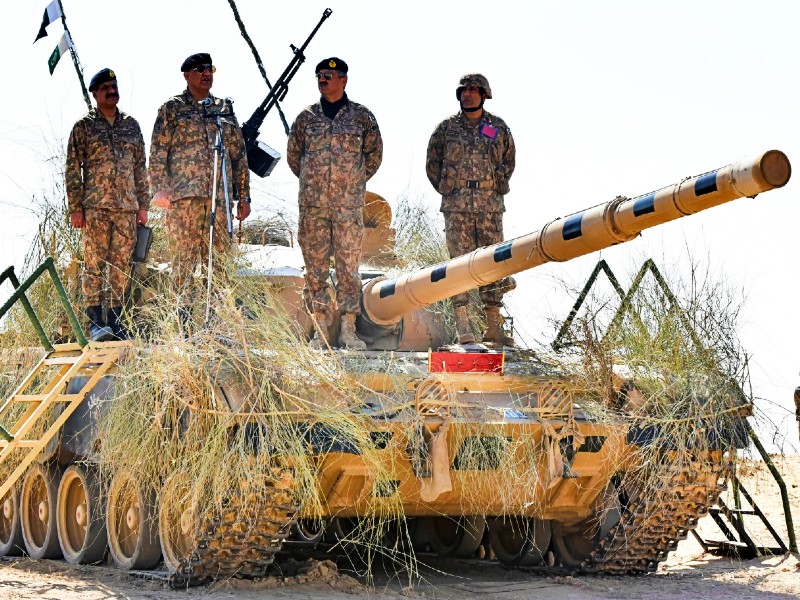 Chief of Army Staff (COAS) General Qamar Javed Bajwa has said that excellent training and commitment enhance the operational capability for an effective response to all threats and challenges, according to Inter Services Public Relations (ISPR).

The military’s media in a statement said that General Qamar expressed these views during a visit to field training area in the Cholistan Desert on Friday.

The COAS was briefed about conduct modalities of a two-week long Corps level exercise â€œZarb-e-Hadeedâ€ aimed at enhancing operational preparedness of formations by creating synergy among infantry, mechanised forces, combat aviation, surveillance platforms, army air defence and artillery while operating within the defensive operation cycle of a corps.

Read more: We must remain vigilant to respond to any misadventure: Gen Qamar

â€œThe troops and units participating in the exercise displayed a great degree of professionalism and synergy while conducting offensive and defensive manoeuvres in different phases of the exercise,” the ISPR added.

Appreciating the dedication and professionalism of the participating troops, the COAS expressed complete satisfaction over combat readiness and training standards of Bahawalpur Corps.

“Excellent training and commitment enhance the operational capability for an effective response to all threats and challenges,” General Qamar emphasized while addressing the troops.

Later, the army visited logistic installations of Bahawalpur Corps and lauded the engineering skills and maintenance standards achieved at the facility.

Earlier, the COAS was received by Corps Commander Lieutenant General Khalid Zia on his arrival at the exercise area.