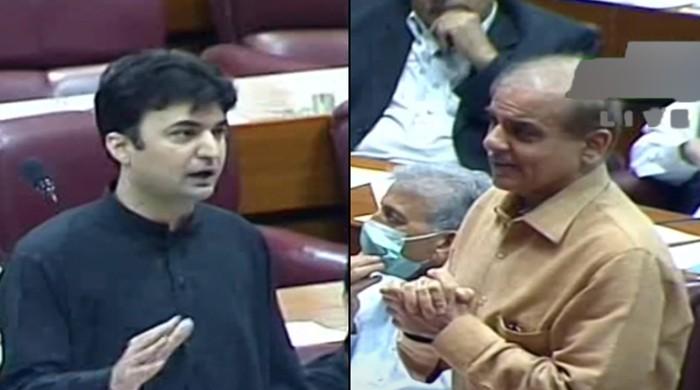 ISLAMABAD: The treasury and opposition benches on Monday exchanged heated words over the motorway rape case, with Leader of the Opposition in the National Assembly Shehbaz Sharif accusing the government of appointing incompetent officials which led to a surge in crimes.

“When the entire nation was grief-stricken, the government was involved in discussing under whose jurisdiction the motorway falls,” he said.

“The entire world has never witnessed such a shameful incident before where a police officer was questioning as to why the woman [who was raped] was taking a particular route and not another,” said Shehbaz, referring to CCPO Lahore Umar Sheikh’s comments that sparked anger and condemnation from various quarters.

Shehbaz criticised the government, saying that it had stood by the CCPO Lahore despite his controversial statement against the rape victim. He criticised PM Imran for “playing politics” on Zainab’s rape-and-murder case two years ago but remaining silent on the motorway case.

“It is the style of this prime minister that he remains silent whenever the nation feels unsafe,” he said, wondering why the premier had not spoken yet on the tragedy.

The PML-N president demanded to know why police officials were not deployed on the motorway when the IG Punjab had written to the government in July and asked for more security there.

“Just like this government has completely failed on every front since the past two-and-a-half years, its failure in upholding the law and order is written on the wall,” he said.

Shehbaz mentioned that the motorway was made during former prime minister Nawaz Sharif’s tenure, adding that the “entire credit” goes to the PML-N and its team for building the road.

Before concluding his speech, Shehbaz again criticised the prime minister for not actively speaking out against the rape incident.

“The prime minister does not care. He is sitting on top [only worrying about] how the government can back the opposition into a corner,” he said.

He demanded why the government had appointed a ‘notorious’ police officer to the post of CCPO Lahore.

‘I admit, I am responsible’

Federal Minister for Communications and Federal Minister for Postal Services, Murad Saeed, responded to Shehbaz’s comments by saying that it was disappointing to see how the debate was focused on who had built the motorway instead of providing relief to the rape victim.

“Opposition parties are demanding that Murad Saeed resign over the motorway rape case. The other debate that is focusing on who made the DNA lab where the tests are being conducted,” he said, expressing disappointment at the opposition for not addressing broader issues with regard to women’s safety.

He accused the opposition of not focusing on the debate to make the country’s streets safer for women and not debating on how to deter such crimes in the future. Saeed said that the opposition was more focused on blaming the government over petty issues.Â