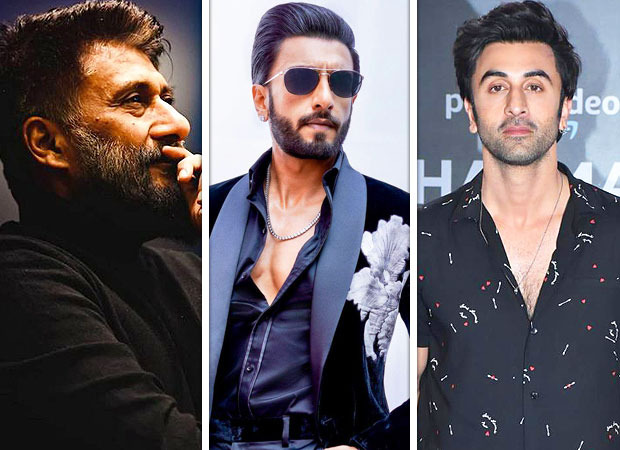 Each day a lot of things happen in the world of Bollywood. From new film announcements to celebrities being spotted with their rumoured partners, to of course social engagements, Bollywood News, and celebrations. Rounding up the rather active day in a comprehensive way, Bollywood Hungama brings to you a specialized way to catch up on the latest Bollywood news. So, from The Kashmir Files director Vivek Agnihotri denying signing a film with Kangana Ranaut, to Ranveer Singh receiving a UAE Gold Visa, to Ranbir Kapoor talking about his late father Rishi Kapoor, and Diana Penty being signed opposite Shahid Kapoor, here are todayâ€™s latest top trending entertainment and Bollywood news.

Vivek Agnihotri denies signing a film with Kangana Ranaut; says, â€œMy films donâ€™t need stars. They need actorsâ€
Vivek Agnihotri is currently the most sought-after filmmaker in India. A-listers may be shy of publicly acknowledging his stupendous success with The Kashmir Files. But secretly many of them now want to work with him. One story doing the rounds is that Kangana Ranaut and Vivek Agnihotri will be working together when in truth there is no such project in the pipeline. Vivek is currently going around the country and the globe promoting The Kashmir Files, after which The Delhi Files which is complete, will be released. He has not even started to think of what he would like to make thereafter. Speaking generally about working with stars Vivek Agnihotri in an interview with me this weekend said, â€œMy films donâ€™t need stars. They need actors.â€ Continue reading for More.

Yas Island brand ambassador Ranveer Singh and his family receive UAE Golden Visas
Following the announcement of Ranveer Singh as the brand ambassador of Yas Island Abu Dhabi, one of the worldâ€™s leading leisure and entertainment destinations, the Bollywood icon and his family have been awarded UAE Golden Visas by the Abu Dhabi Department of Culture & Tourism. Mohamed Abdalla Al Zaabi, CEO of Miral, handed Ranveer the prestigious 10-year residence visa at the Islandâ€™s Yas Marina Circuit HQ in the presence of Abdulaziz Al Dosari, Chief Support Services, and Badreyya Al Mazrooei, Head of Government & Travel Services from TwoFour54. With the aim of inviting travellers from India to experience a vacation like no other, Yas Island recently launched the viral marketing campaign, â€˜Yas Hai Khaasâ€™ with Bollywoodâ€™s most boundary-pushing star, Ranveer Singh in a mesmerizing video showcasing an electrifying journey of the destinationâ€™s plethora of attractions, diversity of offerings and the warm Yas Island welcome. Read More.

Ranbir Kapoor reveals dad Rishi Kapoor was anxious during cancer treatment about working again: â€˜Iâ€™ve label of a patient, will people give me work?â€™
Ranbir Kapoor has been quite busy with his work schedule but ensuring that his father Rishi Kapoor‘s last film Sharmaji Namkeen receives all the buzz and more. The actor has been attending promotions and special screenings. In one of his first interviews in years, Ranbir Kapoor spoke about how the makers of the film planned to work on VFX after his father’s death but it was too expensive technology. He also said that the sentiment that the son to complete the project was beautiful but they needed someone of Paresh Rawal’s caliber in order to take forward Rishi Kapoor’s character’s story in the film. Continue Reading.

Diana Penty to star opposite Shahid Kapoor in Ali Abbas Zafarâ€™s next
Itâ€™s raining film announcements and releases this year, and the movie lovers are having the time of our life! Recently, filmmaker Ali Abbas Zafar announced the wrap of his yet-to-be-titled film with Shahid Kapoor through an Instagram post, leaving fans super excited for his next action drama. See details Here.

Varun Dhawan and Janhvi Kapoor pair up for the first time for Nitesh Tiwariâ€™s Bawaal, set to release on April 7, 2023
Post their successful innings with Chhichhore (which bagged Best Hindi Feature Film National Award), Sajid Nadiadwala and filmmaker Nitesh Tiwari announce their new project- Bawaal, featuring Varun Dhawan & Janhvi Kapoor, to release on 7th April, 2023. The award winning producer-director duo are collaborating forces yet again for Bawaal, which will see Varun and Janhvi sharing screen space opposite each other for the first time. Continue Reading.