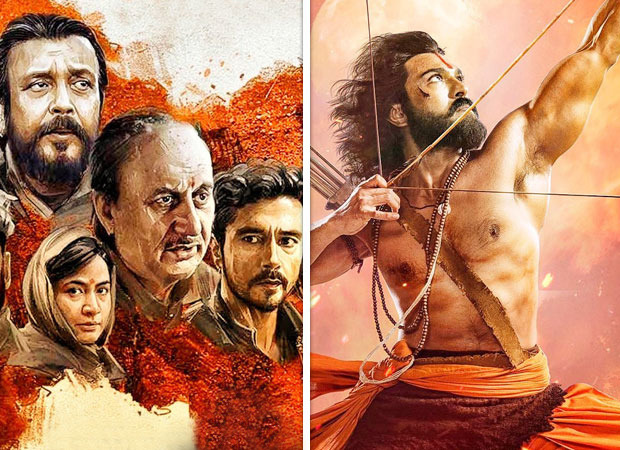 Over past two years the box office window has been a ghost town thanks to the covid pandemic either shutting down theatres, or filmmakers opting to release their ventures on OTT platforms. But now, with the lockdown being lifted and threatres reopening we see a plethora of films hitting the big screen. From last yearâ€™s release Sooryavanshi to the latest film in the form of the Alia Bhatt starrer Gangubai Kathiawadi, the audience have been patronising new releases. If that wasnâ€™t all, even regional films, viz. Pushpa â€“ The Rise have found acceptance among the audience. In this compendium,Â Bollywood Hungama takes a look at some of the latest and most rending box office reports this week, from Vivek Agnihotriâ€™s The Kashmir Files crossing Rs. 300 cr at the Worldwide Box Office, to Ram Charan â€“ Jr. NTRâ€™s RRR surpassing The Batman, to the SS Rajamouli film entering the Rs. 100 crore Club, here are this weekâ€™s top trending and latest box office updates.

The Kashmir Files Box Office: Vivek Agnihotri directorial crosses the Rs. 300 cr mark at worldwide box office; collects Rs. 303.27 cr in 19 Days
The Vivek Agnihotri directorial featuring Anupam Kher, The Kashmir Files, was released a while back. After opening on a modest note, the business of the film witnessed exponential growth in collections over its opening weekend and the first week in theatres. If that wasnâ€™t enough, with positive critic reviews and strong audience word of mouth, the makers of the film who had opted for a limited release across 650 screens, increased the total number of screens to 2000 to accommodate audience demand. Now, after a run of 19 days, The Kashmir Files has managed to hold its own at the box office despite releases in the form of Bachchhan Paandey and RRR has managed to cross the Rs. 300 cr mark at the worldwide box office. Read More.

RRR Worldwide Box Office: Film beats The Batman to occupy the no. 1 spot globally; collects nearly Rs. 480 cr. in opening weekend
The SS Rajamouli directed film RRR was released last week on Friday. Starring, Ram Charan, Jr. NTR, Alia Bhatt, and Ajay Devgn the film has been raking in the moolah at the domestic and international box office alike. In fact, RRR which has been one of the most talked-about and keenly anticipated releases of recent times opened with a bang with positive reviews from the critics and audience. If that wasnâ€™t enough, the film also features one of the widest releases in both markets post the pandemic. Now, after a stellar opening weekend, RRR has emerged as a leader at the worldwide box office, even managing to surpass the business of the Hollywood release The Batman. See details Here.

The Kashmir Files Box Office: Files beats Bajrangi Bhaijaan & Bahubali; ranks as the 9th all-time highest 3rd Tuesday grosser
The Vivek Agnihotri directed film The Kashmir Files that released over two weeks ago is still going strong. After a stellar opening weekend and first week, the business of the film saw yet another spurt in collections on its second weekend. Following this, despite new releases hitting screens the collections of The Kashmir Files has been rock steady. Now in its third week, the business of the film has begun to show signs of slowing down. Click here for More.