Trouble At Topshop: 6 Things You Didn’t Necessarily Know About The Fallen Fashion Giant 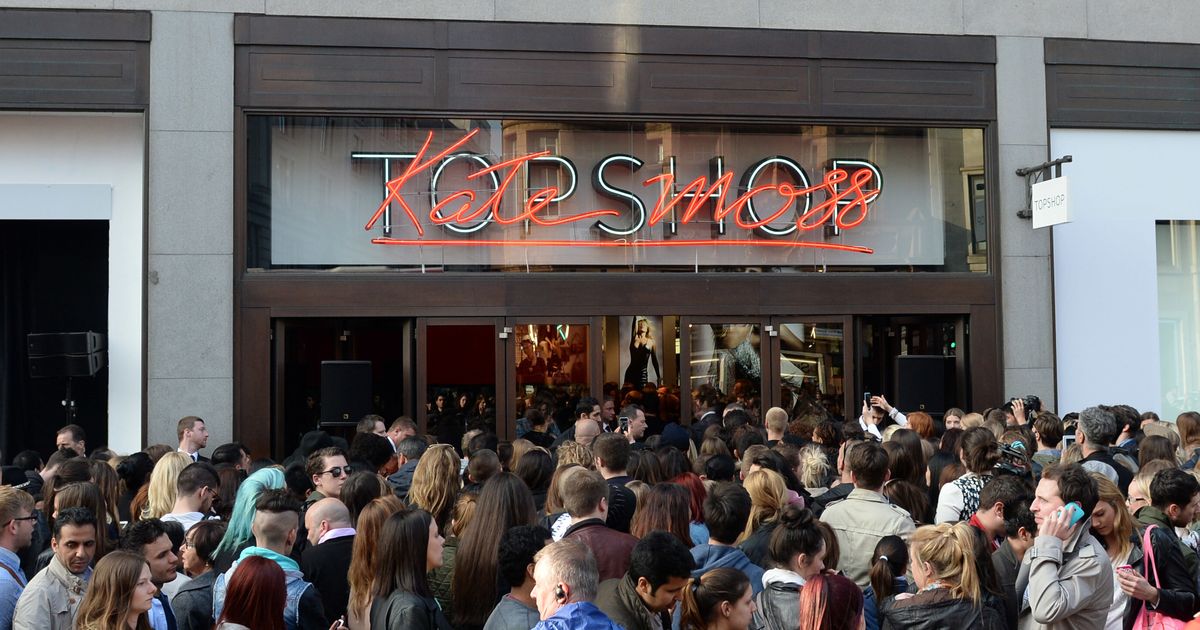 Hard to believe it’s been two years since Topshop closed its doors on the high street, but we’re still trying to understand what happened to one of the most iconic brands in British fashion history.

For a generation of women, Topshop was the place to shop, a position sealed by the likes of Kate Moss, Beyoncé, Cara Delevingne, Adwoa Aboah and Gigi Hadid, who all worked with the brand.

It was bought up by Asos in February 2021, where it now sells online, but it’s nothing on the heyday of its flagship stores, including its 100,000 sq ft Oxford Circus mecca in London.

Now, a BBC documentary, Trouble at Topshop, tells the story of its rise and fall – shedding new light on what happened behind the scenes.

“This is a story of a group of women who led a fashion revolution. And it’s the story of a man who’s retail empire would make him king of the high street,” we’re told.

“When their world’s collided, there would be a battle for the soul of Topshop.”

The two-part series details Topshop’s biggest controversies – from questions over Green’s tax record to his treatment of employees – all of which have been well documented, though make for fascinating viewing. But along the way, we also learn some lesson-known facts about the brand we worshipped as teens.

Think you knew Topshop? Here are a few snippets from the doc that surprised us.

You probably associate Topshop with the noughties, but the brand (originally Top Shop) was actually founded in Sheffield in 1964 as a ‘youth store’. And by the 80s, when Jane Shepherdson joined the brand as an assistant buyer, it was a “dated retailer for teens”.

“When I took the job at Top Shop I thought: ’Well, this is a bit embarrassing, because it’s Top Shop. It’s a bit naff!” she says in the show.

Burton and Dorothy Perkins were the “cash cows” of the retail group at the time, and Shepherdson recalls: “We didn’t get a huge amount of attention at the time, we were left to get on with it really.”

But thanks to her smart eye, Shepherdson started repositioning Topshop in the market and increasing profits – long before Phillip Green came along.

Phillip Green may be the household name, but a team of women led by Shepherdson (who became brand director in 2007), Caren Downie (buying director 1998-2008) and Jenny Garcia (head of buying 2011-2019) created the Topshop look adored by millions.

Until Shepherdson took over, the clothes and marketing were created for the male gaze, says Downie. But she shook up the market by prioritising looks women wanted to buy with their own money – for themselves, not for their husbands.

“Because we were all women and we knew what we wanted to wear – and we knew how it should feel and how it would make us feel – we were able to kind of drive it forward in a completely different way,” Downie says.

Shepherdson would sign off all collections, with outfit options shared in front of a panel – “it was quite Anna Wintour-ish and reminiscent of Vogue,” says Garcia.

But in 2002, Phillip Green’s acquisition meant a shakeup of the business, which was controversial from the off.

“When we heard we were being bought out, there was a whole [sigh] around the office, and a feeling of: ‘Really? What on earth is that going to be like?’” recalls Garcia.

A shoutout for Radio Top Shop

Green’s methods may have been controversial, but he did know how to increase profits – in the early days, at least. And as the brand grew, so did the popularity of its flagship store on London’s Oxford Street. If you visited it in its heyday, you’ll probably remember the DJs positioned by the front door.

But did you know that long before the in-store parties, the brand had its own radio station? Radio Top Shop, which became Fashion FM, launched in 1982 before it eventually closed down. It played in Topshop stores, even launching the career of BBC Radio 1′s Chris Moyles.

The flagship store also did a turn as a gig venue, with wannabe pop acts performing live next to the clothes.

Topshop wasn’t quite as quintessentially British as you’d think

Topshop marketed itself as the home of Brit-cool fashion, with London very much at its centre. But Garcia reveals the team travelled all around the world to find inspiration for their collections, taking “thousands and thousands of photos” of people on the “fringes” of the fashion scene in streets, clubs, shops, markets – you name it.

Although we associate the brand with British youth culture, it’s actually one of the few British fashion houses that’s broken America. And at its height, Topshop had stores in 40 countries worldwide.

It brought the high street to London Fashion Week

In 2005, Topshop took to the catwalk at London fashion week – something no other high street brand had done. If you were a tween or teen at the time, this game-changing show may have evaded your attention, but it almost definitely influenced the clothes you bought over the next five years.

Topshop was suddenly associated with models – catapulting its reputation to a whole new level – and within months, Phillip Green’s empire was estimated by the Sunday Times rich list to be worth £3bn.

Kate Moss launched her first collection for Topshop in 2007 and within its first week, it made around £3m. But it almost didn’t happen. In the documentary, we learn that Green met Moss by chance at a party.

″[It was] by pure luck that I found her, it wasn’t a plan,” he says in interview footage from 2013. “It was just one of those instinctive moments. She said ‘why don’t we do some business?’ and I said ‘well, come and see me.’”

The collection may have been a hit with customers, but papers at the time claimed it contributed towards Shepherdson’s resignation. In the documentary, she says the collection with Moss was a good idea – but hints at tensions mounting behind the scenes regarding how business decisions were made.

You’ll have to watch the documentary for the full details, but what’s clear is without Shepherdson at the helm, Topshop was never the same again.