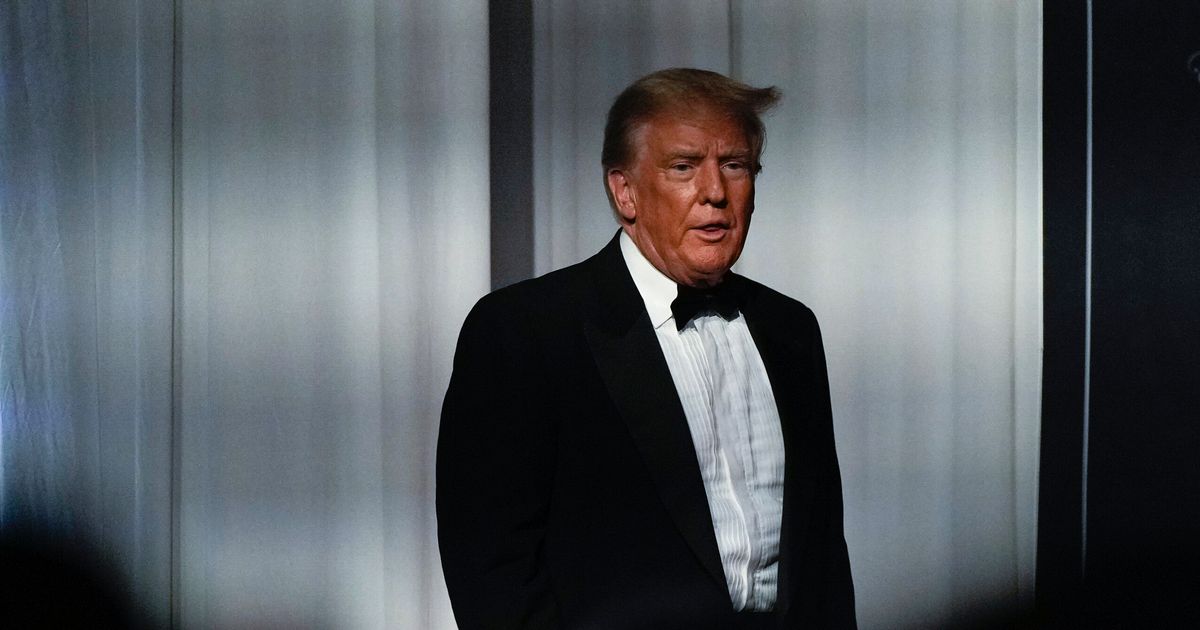 LAS VEGAS (AP) — Republicans considering a run for the White House are courting anxious donors and activists in Las Vegas this weekend, as the GOP’s early 2024 class warns that former President Donald Trump is “a loser” and encourages the party to embrace new leadership.

Trump will be one of the few Republican prospects not in attendance for the Republican Jewish Coalition’s annual leadership meeting, which organizers suggest marks the unofficial beginning of the 2024 presidential primary campaign season.

The gathering, which began Friday, comes just days after Trump became the first candidate to formally launch a 2024 campaign. His allies initially hoped his early announcement might ward off serious primary challenges, but that’s not likely after his loyalists lost midterm contests last week in battleground states from Arizona to Pennsylvania. His political standing within the GOP, already weakening, plummeted further.

“Maybe there’s a little blood in the water and the sharks are circling,” said Maryland Gov. Larry Hogan, a Republican presidential prospect himself who has long been a Trump critic.

Last week’s midterm results, Hogan said, have given more Republican leaders the confidence to voice similar concerns. “I don’t think we’ve ever gotten to this point before.”

Attorney General Merrick Garland on Friday named a special counsel to oversee the Justice Department’s investigation into the presence of classified documents at Trump’s Florida estate as well as key aspects of a separate probe involving the Jan. 6, 2021, insurrection and efforts to undo the 2020 election.

Still, there’s plenty of praise for the former president.

“There’s no question that what President Trump accomplished over his four years in terms of strengthening the the U.S.-Israel relationship was unparalleled. He was the most pro-Israel president ever,” said Matt Brooks, the Republican Jewish Coalition’s executive director.

However, that may not be enough to win over the coalition’s leading donors this time, Brooks continued.

“For a lot of people who are attending this conference, this is about the future,” he said. “And for some of them, President Trump may be their answer. For others, they’re interested in what others have to say.”

With a sprawling fundraising operation featuring small-dollar contributions, Trump does not need major donors to reach for the GOP nomination a third time. But unwillingness by big-money Republicans to commit to him — at least, for now — could signal a much broader shift in a party that has been defined almost wholly by its allegiance to Trump for the past six years.

Virginia Gov. Glenn Youngkin, another potential 2024 contender, canceled his appearance after a Sunday shooting at the University of Virginia that left three dead.

House Republican leader Kevin McCarthy, who could become the House speaker when Republicans take over in January, is also scheduled.

Ahead of his Friday night address, Pompeo mocked one of Trump’s slogans: “We were told we’d get tired of winning. But I’m tired of losing.”

“In my view, he’s now a loser. He’s an electoral loser,” said Christie, another 2024 prospect attending the Las Vegas meeting. “You look at a general electorate, I don’t think there’s a Democrat he can beat because he’s now toxic to suburban voters on a personal level, and he’s earned it.”

The annual event is playing out at the Las Vegas Strip’s Venetian Hotel in a nod to the Republican Jewish Coalition’s longtime benefactor, Sheldon Adelson, a billionaire casino magnate who died last year. His wife Miriam Adelson remains a fundraising force within the GOP, though her level of giving in the recent midterm election, which exceeded $20 million, was somewhat scaled back.

The 76-year-old Israeli-born Miriam Adelson “is staying neutral” in the GOP’s 2024 presidential primary, according to the family’s longtime political gatekeeper Andy Abboud.

But that hasn’t stopped ambitious Republicans from courting her.

The Adelsons donated $172.7 million during the 2020 presidential campaign, according to the Center for Responsive Politics, which set a new record for donations in a single election and was more than three times the next biggest donor in either party. Over the past decade, they have donated nearly a half billion dollars to Republican candidates and causes.

And while the Adelsons were prominent Trump supporters in the past, Miriam Adelson is unwilling to commit to him as the next presidential primary season gets underway.

She is not alone among major donors and party leaders.

Ronald Lauder, the president of the World Jewish Congress and heir to the Estee Lauder cosmetics fortune, backed Trump’s previous campaigns but has no plans to support him in 2024, according to a Lauder spokesman. The spokesman did not explain why or whether Lauder favors another potential candidate.

Longtime Trump backer Stephen A. Schwarzman, chairman and CEO of the Blackstone Group investment firm, told Axios this week that he would back someone from a “new generation” of Republicans. Kenneth C. Griffin, the hedge-fund billionaire, is already openly backing DeSantis.

In an interview this week, Pence slapped at Trump and his loyalists by noting that midterm Republican candidates who “were focused on the past, particularly those that were trying to relitigate the last election, did not do as well.”

More than any other position or policy, Trump has been consumed by perpetuating lies about his 2020 loss since leaving office. He endorsed dozens of candidates in 2022 based largely on whether they embraced his baseless claims. Many of them lost last week.

“I think we will have better choices in 2024,” Pence told The Associated Press. “And I’m very confident that Republican primary voters will choose wisely.”