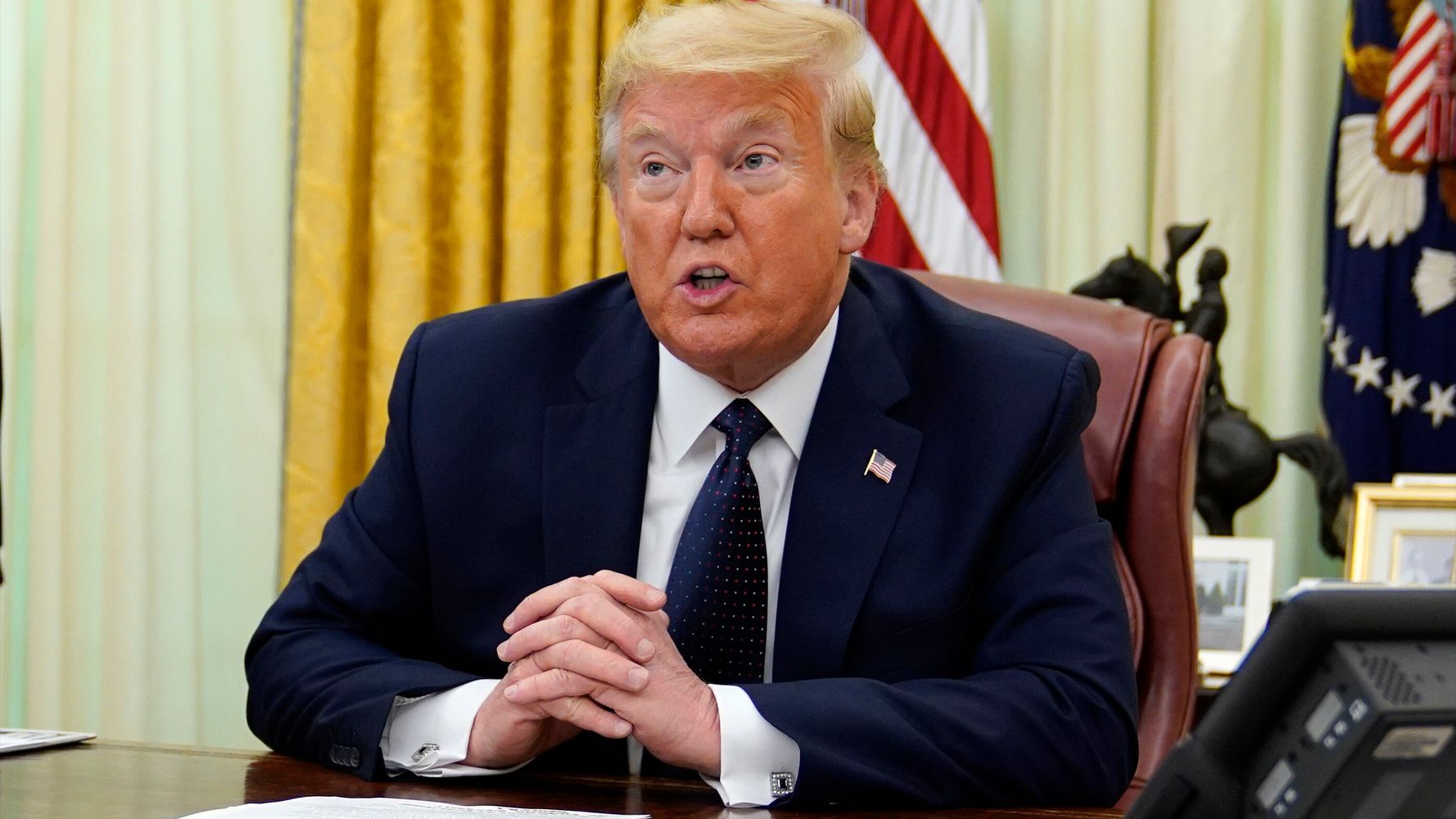 Speaking at the White House signing of a new executive order on social media, the president once again went off on mail-in ballots, repeatedly claiming the process is rife with â€œfraud and abuseâ€ â€” even though there is no evidence of that.Â

An executive order signed by Democratic Gov. Gavin Newsom earlier this month requires the state to mail a ballot to every registered voterÂ in California before the Nov. 3 election. As in other states seeking to expand mail-in voting for the 2020 election, the move came amid public health concerns over in-person voting further spreading the coronavirus.Â

After a reporter pushed back on the presidentâ€™s remarks, Trump piled on more fallacies:

â€œOh really? So when [Newsom] sends out 28 million ballots in all the mailboxes, and kids go and they raid the mailboxes, and they hand them to people that are signing the ballots down the end of the street, which is happening. They grab the ballots,â€ Trump said, without evidence. â€œYou donâ€™t think that happens? Thereâ€™s ballot harvesting.â€Â

â€œYou donâ€™t think they rip them out of mailboxes? Itâ€™s all the time, you read about it, you can read about it. Take a look,â€ the president added.Â

There have been no reports that children stealing ballots out of mailboxes has been a problem for mail-in voting. As for â€œballot harvesting,â€ itâ€™s worth noting that the president himself used the process when he used an intermediary to vote by mail as an absentee in Floridaâ€™s March primary.Â

The White House didnâ€™t immediately respond to a request for comment.Â Â

President Trump: “Anybody in California that breathingÂ gets a ballot.”

This isnâ€™t the first time Trump has gone after California specifically to make false claims about supposed widespread voter fraud. During the 2016 presidential election and again ahead of the 2018 midterm election, Trump claimed that millions of people voted illegally in California â€” but the president has failed to substantiate these allegations with any evidence,Â even though he empaneled a national commission in 2017-2018 to investigate his voter fraud claims.

Democratic lawmakers have been pushing to expand vote-by-mail ahead of the November general election, seeking to include funding for statesÂ to do so in coronavirus relief packages. But Republican leaders have resisted.Â

Trump has repeatedly suggested that Republicans would lose out if the electorate were expanded through the use of mail-in ballots, saying on â€œFox & Friendsâ€ last month that if Democratic proposals on voting went through, â€œyouâ€™d never have a Republican elected in this country again.â€Â

On Thursday, Trump repeated such remarks: â€œThereâ€™s tremendous controversy on mail-in voting. And I can say this â€” the Republican Party cannot let it happen.â€