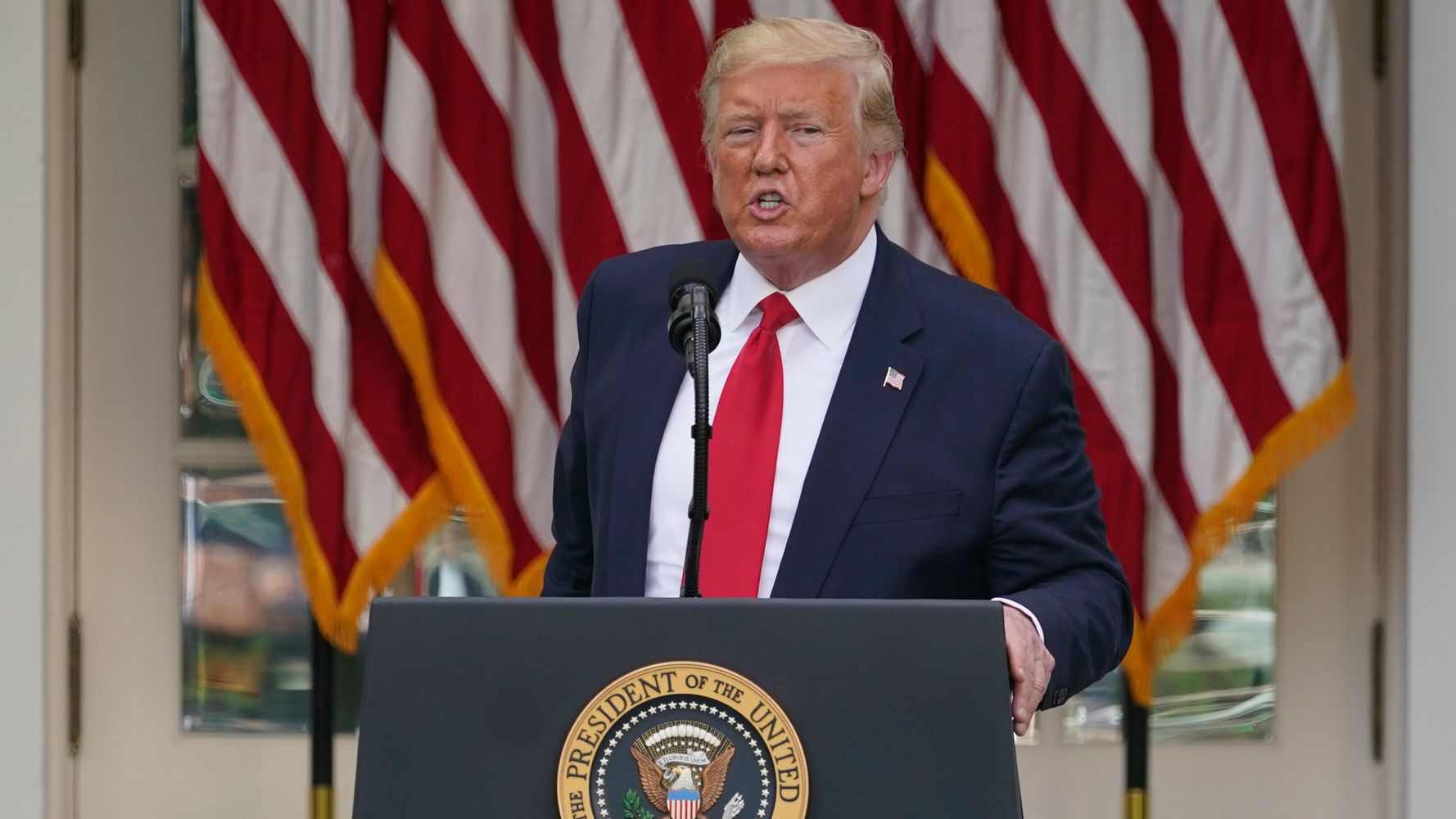 WASHINGTON (AP) â€” President Donald Trump is preparing to sign an executive order Thursday aimed at curbing liability protections for social media companies, two days after he lashed out at Twitter for applying fact checks to two of his tweets.

Trump had threatened social media companies with new regulation or even shuttering, lambasting the new policy he believed interfered with his political messaging.

But he alone canâ€™t do that.

His proposed order would direct executive branch agencies including the Federal Communications Commission and the Federal Trade Commission to study whether they can place new rules on the companies â€” though experts expressed doubts much could be done without an act of Congress.

A similar executive order was previously considered by the administration but shelved over concerns it couldnâ€™t pass legal muster and that it violated conservative principles on deregulation and free speech.

Two administration officials outlined the draft order on the condition of anonymity because it was still being finalized Thursday morning. But a draft was circulating on Twitter â€” where else?

â€œThis will be a Big Day for Social Media and FAIRNESS!â€ Trump tweeted.

Trump on Wednesday claimed tech giants â€œsilence conservative voices.â€ â€œWe will strongly regulate, or close them down, before we can ever allow this to happen.â€

Trump and his campaign reacted after Twitter added a warning phrase to two Trump tweets that called mail-in ballots â€œfraudulentâ€ and predicted â€œmail boxes will be robbed.â€ Under the tweets, thereâ€™s now a link reading â€œGet the facts about mail-in ballotsâ€ that guides users to a page with fact checks and news stories about Trumpâ€™s unsubstantiated claims.

Trump accused Twitter of interfering in the 2020 presidential electionâ€ and declared â€œas president, I will not allow this to happen.â€ His campaign manager, Brad Parscale, said Twitterâ€™s â€œclear political biasâ€ had led the campaign to pull â€œall our advertising from Twitter months ago.â€ In fact, Twitter has banned political advertising since last November.

Dorsey added: â€œThis does not make us an â€˜arbiter of truth.â€™ Our intention is to connect the dots of conflicting statements and show the information in dispute so people can judge for themselves.â€

â€œI just believe strongly that Facebook shouldnâ€™t be the arbiter of truth of everything that people say online,â€ he said.

Twitterâ€™s decision to mark Trumpâ€™s tweets regarding mail-in balloting came as the president was sparking another social media firestorm, continuing to stoke a debunked conspiracy theory suggesting MSNBC host Joe Scarborough killed a congressional office staffer. Prominent Republicans, including Rep. Liz Cheney and Sen. Mitt Romney, have criticized him over that attack, which hasnâ€™t been marked with a fact check by the social media company.

Trump and his allies have long accused the tech giants in liberal-leaning Silicon Valley of targeting conservatives on social media by fact-checking them or removing their posts. The presidentâ€™s critics, meanwhile, have scolded the platforms for allowing him to put forth false or misleading information that could confuse voters.

Some Trump allies have questioned whether platforms like Twitter and Facebook should continue to enjoy liability protections as â€œplatformsâ€ under federal law or be treated more like publishers, which can face lawsuits over content. The executive order was expected to make that argument.

The order was also expected to try to hold back federal advertising dollars from Twitter and other social media companies that â€œviolate free speech principles.â€

Meanwhile, the companies are gearing up to combat misinformation around the November elections. Twitter and Facebook have begun rolling out dozens of new rules to avoid a repeat of the false postings about the candidates and the voting process that marred the 2016 election.

The coronavirus pandemic has further escalated the platformsâ€™ response, leading them to take actions against politicians â€” a move theyâ€™ve long resisted â€” who make misleading claims about the virus.

Last month, Twitter began a â€œGet the Factsâ€ label to direct social media users to news articles from trusted outlets next to tweets containing misleading or disputed information about the virus. Company leaders said the new labels could be applied to anyone on Twitter and they were considering using them on other topics.

The Democratic National Committee said Trumpâ€™s vote-by-mail tweets should have been removed, not just flagged, for violating the companyâ€™s rules on posting false voting information.

â€œAfter taking too long to act, Twitter once again came up short out of fear of upsetting Trump,â€ the party said in a statement.