Trump Says ‘Nobody Briefed Or Told Me’ About Russian Bounties To Kill U.S. Soldiers 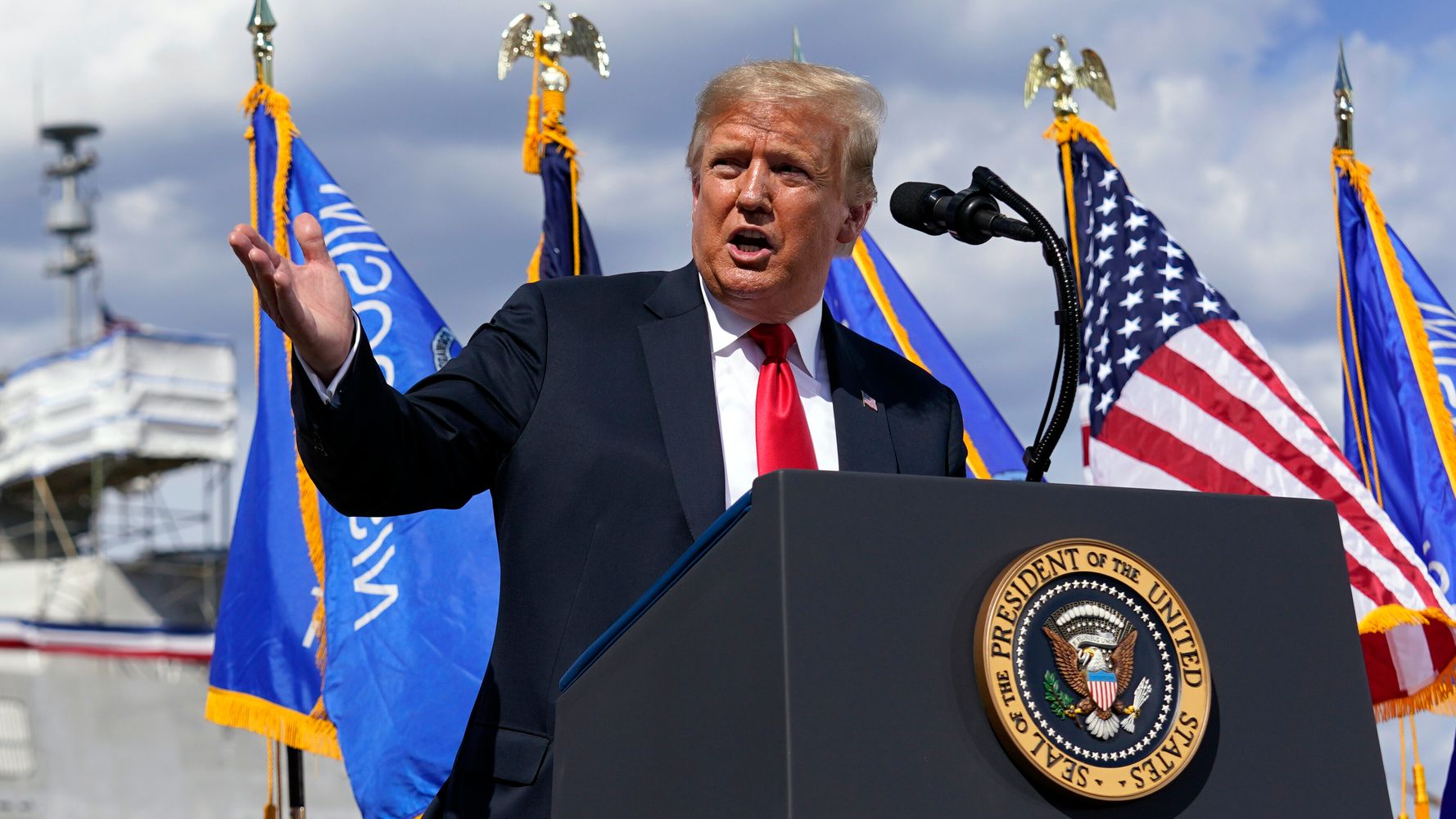 President Donald Trump on Sunday denied that U.S. intelligence officials had briefed him about an alleged plot by Russian operatives to pay Taliban-linked militants in Afghanistan to kill American troops.

â€œNobody briefed me or told me, [Vice President] Pence, or Chief of Staff Mark Meadows about the so-called attacks on our troops in Afghanistan by Russians,â€ Trump tweeted.

The president accused The New York Times of using a fake â€œanonymous sourceâ€ to report the alleged briefing. In fact, the Times report cited multiple officials who spoke on the condition of anonymity. Itâ€™s not uncommon for news outlets to grant anonymity to sources who arenâ€™t authorized to speak publicly about information that may be newsworthy.

â€œEverybody is denying it & there have not been many attacks on us,â€ Trump tweeted. He added of the Times report: â€œWho is their â€˜sourceâ€™?â€

The Fake News @ nytimes must reveal its â€œanonymousâ€ source. Bet they canâ€™t do it, this â€œpersonâ€ probably does not even exist! https://t.co/pdg4AjybOG

The Times was the first to report on the alleged Russian operation. It was later confirmed by several outlets, including The Washington Post, The Wall Street Journal and ABC News.Â

All of these outlets reported that Russian intelligence officers offered bounties to Afghan militants to kill soldiers serving with coalition forces in Afghanistan, including U.S. and British troops.

As of Sunday, the Times was the only outlet to report that Trump was personally briefed on the matter. The Times also reported that the National Security Council was made aware of the plot in late March.

The White House has not yet taken any action against the Russian government in response to the reported plot, according to the Times. The reports sparked renewed accusations from Trump critics who say the president doesnâ€™t take enough action against the Kremlin.

Twenty-four Americans were killed in combat in Afghanistan between early 2019 and early 2020, reported the Times. Itâ€™s unclear whether any of the bounties Russian operatives may have paid to Afghan militants resulted in the deaths of any American soldiers.

White House Press Secretary Kayleigh McEnany said in a statement Saturday that neither Trump nor Pence were briefed on the matter.

â€œThe United States receives thousands of intelligence reports a day, and they are subject to strict scrutiny,â€ McEnany said. She added that her statementÂ â€œdoes not speak to the merit of the alleged intelligence but to the inaccuracy of the New York Times story erroneously suggesting that President Trump was briefed on this matter.â€

Director of National Intelligence John Ratcliffe also denied that Trump and Pence were made aware of the alleged operation. Former Acting Director National Intelligence Richard Grenell, who served in that position when Trump was allegedly briefed, said Saturday that he had â€œnever heardâ€ of it.

â€œNo one would be fine with this if it were true,â€ Grenell tweeted in response to someone asking whether he was â€œfineâ€ with the alleged Russian bounties.

In their statements,Â Trump, McEnany and Ratcliffe did not confirm or deny reports that Russian agents offered to pay Afghan militants to kill U.S. soldiers.Â The Kremlin has denied the existence of any such operation.

Presumptive Democratic presidential nominee Joe Biden on Saturday slammed Trump for failing to â€œsanction and impose any kind of consequences on Russia for this egregious violation of international law.â€ He called the White Houseâ€™s inaction a â€œbetrayal of the most sacred duty we bear as a nation â€” to protect and equip our troops when we send them into harmâ€™s way.â€

Instead of condemning the alleged Russian bounties, Trump on Sunday ranted about Bidenâ€™s statement.

â€œFunny to see Corrupt Joe Biden reading a statement on Russia, which was obviously written by his handlers,â€ the president tweeted. â€œRussia ate his lunch and Obamaâ€™s lunch during their time in office, so badly that Obama wanted them out of the then-G-8.â€

Funny to see Corrupt Joe Biden reading a statement on Russia, which was obviously written by his handlers. Russia ate his and Obamaâ€™s lunch during their time in office, so badly that Obama wanted them out of the then G-8. U.S. was weak on everything, but especially Russia!

Rep. Liz Cheney (R-Wyo.), the third-ranking Republican in the House, called on the White House to answer questions about the alleged Russian bounties, including who knew about the plot and when, and what has been done to hold Russian President Vladimir Putin accountable.

â€œWhy werenâ€™t the president or vice president briefed?â€ she tweeted.