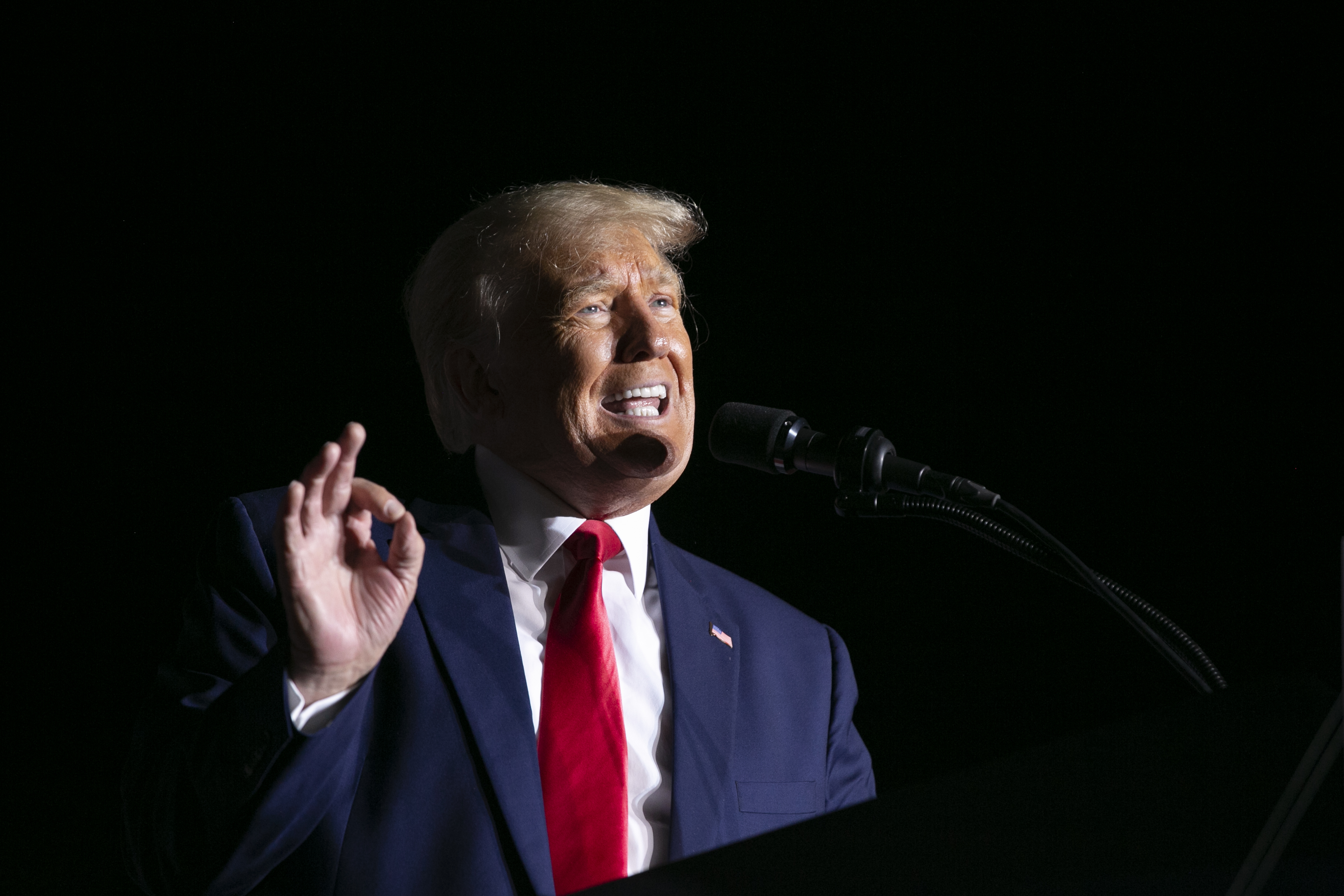 Former President Donald Trump is raging against an upcoming book about him by New York Times reporter Maggie Haberman, while insisting that he knows “many people” who were blocked from writing “good” books about him.

Trump said in a Truth Social post on Friday that publishers were “not interested” in publishing books about him unless they were “bad.” The post came after the former president lashed out at Haberman’s book Confidence Man: The Making of Donald Trump and the Breaking of America, which is set to be published next week.

Trump also suggested that some of his associates had wanted to write flattering books about him that later took a negative turn after they “sold out to the Enemy,” although he did not provide any details on the identities of the authors.

“I know many people that wanted to write a really good book about me, but their publishers wouldn’t let them,” Trump wrote. “They were not interested in any way, shape, or form unless they were willing to say bad things. Some took a pass, and some sold out to the Enemy.”

Trump said in a Truth Social post earlier in the day that Haberman’s upcoming book contains claims that are “pure fiction.”

“Here we go again!” wrote Trump. “Another Fake book is out, this one, supposedly very boring and stale, by self appointed head case, Failing (unfunded liability!) New York Times writer, Maggie Hagerman. In it she tells many made up stories, with zero fact checking or confirmation by anyone who would know, like me.”

“In one case she lies about me wanting to fire my daughter, Ivanka, and Jared,” he added. “WRONG, pure fiction. Never even crossed my mind. Just have to fight trouble making creeps like Maggie, and all the rest!”

Haberman responded to Trump’s post by sharing to Twitter a photo that appears to show the former president’s handwritten responses to questions she had asked him.

The response to a question about Trump allegedly asking his former chief of staff John Kelly to “move his daughter and son-in-law out of the White House” described the claim as a “false story,” while adding that “Kelly was too dumb to properly handle such an event if true, which it was not.”

While Trump suggested that publishers are unwilling to publish any books that contain positive remarks about him, a large number of books that praise the former president have already been published.

Pro-Trump titles from prominent conservatives include Understanding Trump by former GOP Speaker of the House Newt Gingrich, which includes a forward by Trump’s son Eric Trump.

Turning Point USA founder Charlie Kirk wrote the bestseller The MAGA Doctrine: The Only Ideas That Will Win the Future, while the former president endorsed another bestseller by his ex-national security adviser General Keith Kellogg, War by Other Means: A General in the Trump White House.

A book authored by Trump’s former Pentagon chief of staff Kash Patel and published earlier this year, The Plot Against the King, casts him as the victor in a battle between “King Donald” and the evil “Hillary Queenton.”

Patel’s book is one of several pro-Trump children’s books that have been published, with other titles including The Kids Guide to President Trump and Donald Drains the Swamp, which is part of a Donald the Caveman series of books.

Several books that praise Trump on a religious basis have also been published, including The Trump Prophecies: The Astonishing True Story of the Man Who Saw Tomorrow…and What He Says Is Coming Next and President Trump’s Pro-Christian Accomplishments.

Some books even claim that the former president is the second coming of Jesus Christ, such as President Donald J. Trump, The Son of Man – The Christ and Donald J. Trump: The Second Coming of Christ.

A considerable number of negative books on Trump in addition to Haberman’s upcoming book have also been published, including some penned by former members of his staff, former close confidantes or family members like his niece Mary Trump.