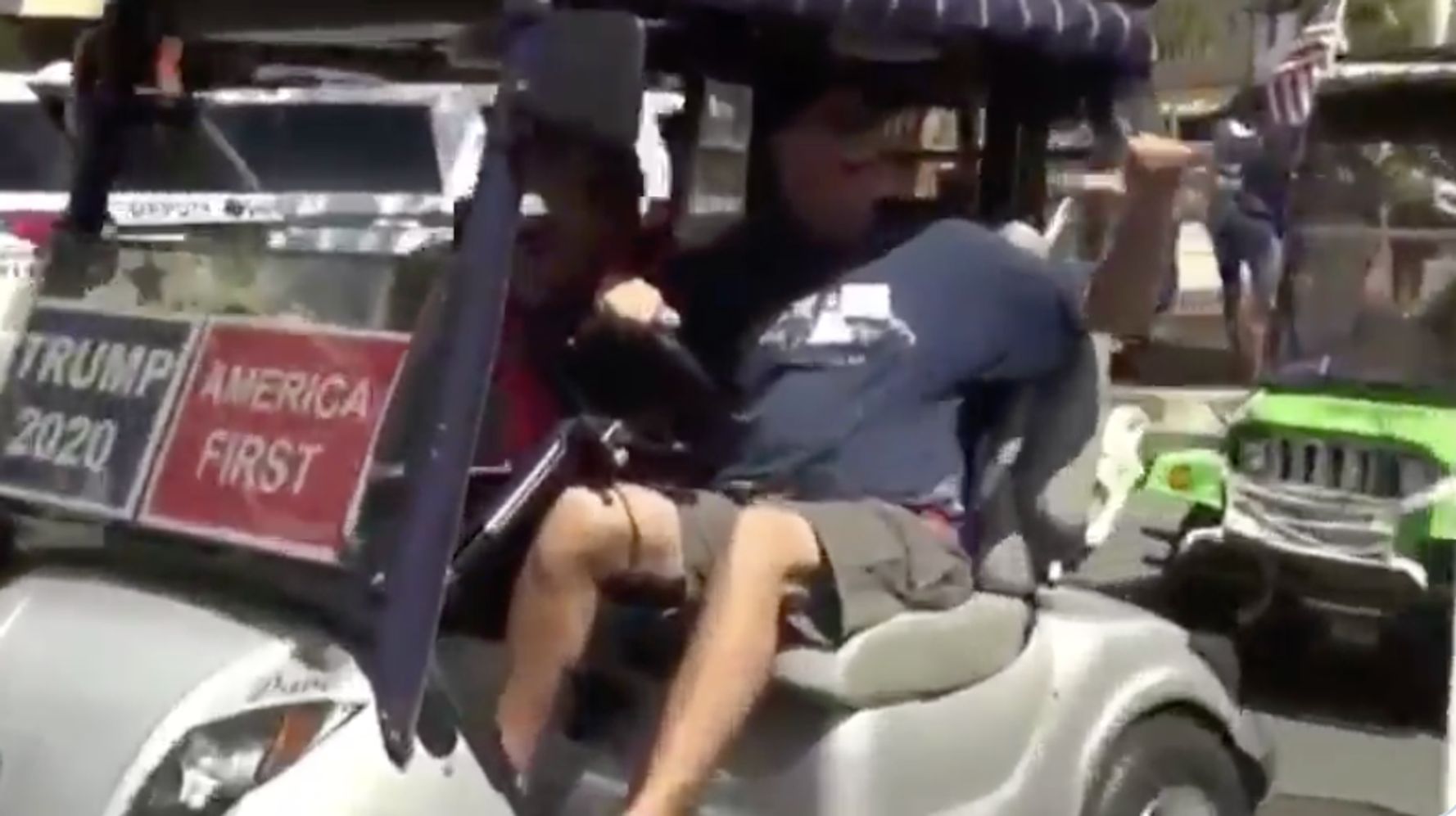 President Donald Trump on Sunday shared a video that appeared to show one of his supporters yelling â€œwhite powerâ€ at a group of people protesting the president at a retirement community in Florida.

The video, apparently first shared Saturday on Twitter by user @davenewworld_2, captures a series of testy exchanges between Trump supporters and protesters in The Villages, Florida.

Trump, in a retweet that shared the video to his more than 82 million followers, thanked the â€œgreat peopleâ€ of The Villages.

â€œThe Radical Left Do Nothing Democrats will Fall in the Fall,â€ he tweeted.

Thank you to the great people of The Villages. The Radical Left Do Nothing Democrats will Fall in the Fall. Corrupt Joe is shot. See you soon!!! https://t.co/4Gg1iGOhyG

Neither the White House nor The Villages immediately responded to requests for comment.

â€œAn older white man yelling â€˜white powerâ€™ at another white man in a homogeneous community from a golf cart as he drives on to catch (his tee time? Matlock reruns?) is the perfect metaphor for all that Trump, and his enablers stand for,â€ tweeted Rep. Sean Casten (D-Ill.).

Some Twitter users drew comparisons between Trumpâ€™s decision to tweet the video of the man shouting â€œwhite powerâ€ and his long history of making racist comments and defending white supremacists.

These magazine covers got it right back in 2017. pic.twitter.com/9MlmcbXQKI

In 2017, Trump prompted bipartisan backlash for claiming there were â€œvery fine people on both sidesâ€ of a deadly white supremacist rally in Charlottesville, Virginia. A year earlier, when former Ku Klux Klan leader David Duke endorsed him for president, Trump initially claimed that he hadnâ€™t heard of Duke and refused to disavow his support. He eventuallyÂ condemned Duke a few days later.

The president said right-wing protesters who gathered to oppose stay-at-home orders during the coronavirus pandemic were â€œgreat people,â€ though some were carrying Nazi flags and nooses.