Trump Should ‘Stand Aside,’ Doesn’t Have What It Takes, William Barr Says In Interview 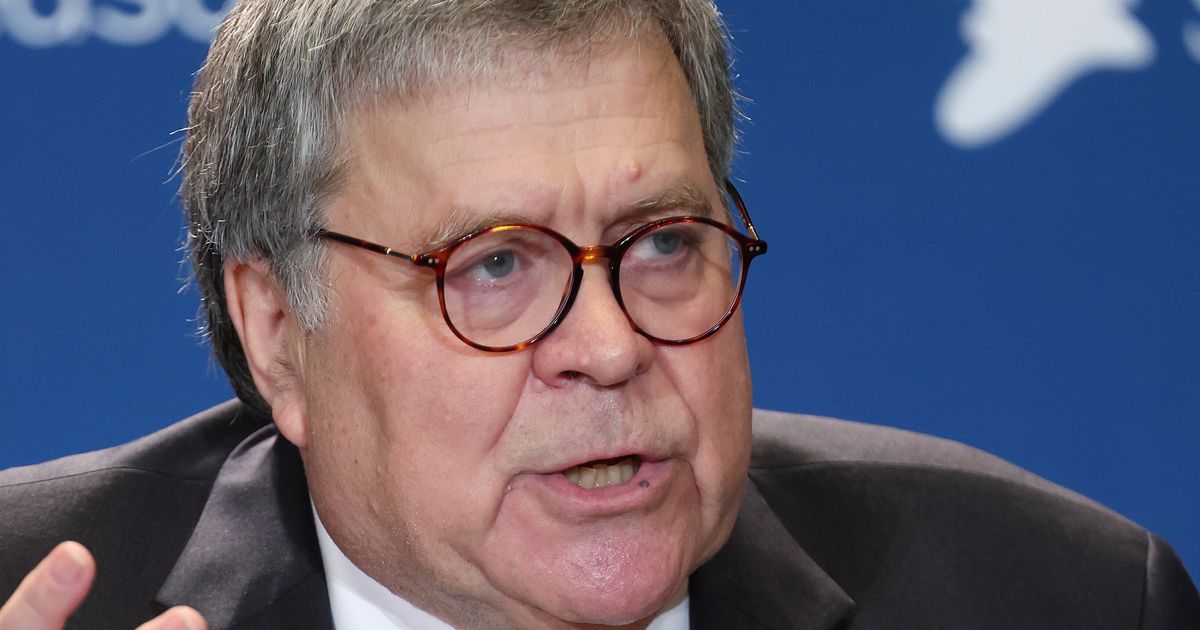 Former U.S. Attorney General William Barr said in an interview that aired Friday on PBS that his former boss, Donald Trump, should “stand aside” and forego his campaign for another presidential term because he doesn’t have what it takes.

Barr also said it appeared “increasingly more likely” that the Department of Justice will indict Trump for the hoard of classified documents from the White House that the FBI found stashed at his Mar-a-Lago resort in Florida. And the Justice Department “probably” has what it needs for “legitimately indicting” him, Barr added.

As for another run at the presidency, Trump “failed” the first time, Barr told news host Margaret Hoover in the interview on “Firing Line.”

“So he’s had his chance,” Barr said. “He obviously does not have the qualities necessary to unite the party, which is the first step on the road back, and he should stand aside.”

Bill Barr on Trump: “He failed. He didn’t do what the country hoped – that he would rise to the occasion and rise to the office, and he didn’t do that. He’s had his chance. He obviously doesn’t have the qualities necessary. He should stand aside.” pic.twitter.com/u15SlwwAuF

Barr also flatly stated that he thinks the Department of Justice “probably” has the “basis for legitimately indicting” Trump for the classified documents he was holding at Mar-a-Lago. The charges could be serious, he warned.

“If the Department of Justice can show that these were very sensitive documents, which I think they probably were, and also show that the president consciously was involved in misleading the department, deceiving the government and playing games after he had received the subpoena for the documents, those are serious charges,” Barr said.

Barr also said it was important for the Justice Department to prosecute anyone — including a former president — if they broke the law. But he added that it has to be weighed against the damage done to the office.

Trump appointed Barr to succeed Jeff Sessions in 2019 before special counsel Robert Mueller released the report on his investigation into Russian collusion in Trump’s 2016 campaign. Before the report was made public, Barr downplayed its findings.

Barr’s interview was filmed before Attorney General Merrick Garland announced Friday the appointment of a special counsel to take over investigations of the former president.

Trump has not yet responded to the Barr interview. But he has called the appointment of a special counsel “the worst politicization of justice in our country.”

Critics said it took Barr far too long to announce to the public that Trump didn’t have what it takes to be president. He was a longtime fervent backer of Trump.

Barr claims the relationship between the men began to seriously fray in late 2020 during Trump’s reelection campaign. Barr has recounted in his memoir, “One Damn Thing After Another,” that he warned Trump that he was alienating voters.

Barr said the former president would have been reelected by “moderating even a little of his pettiness,” he wrote in the book, which was published in March. He urged the GOP to move away from Trump and his “erratic personal behavior” ahead of the 2024 election season.

Barr said Trump grew “detached from reality” after losing reelection. He resigned about a month later, on Dec. 23, 2020, and has since testified that Trump tried to pressure him into lying that there had been widespread election fraud.