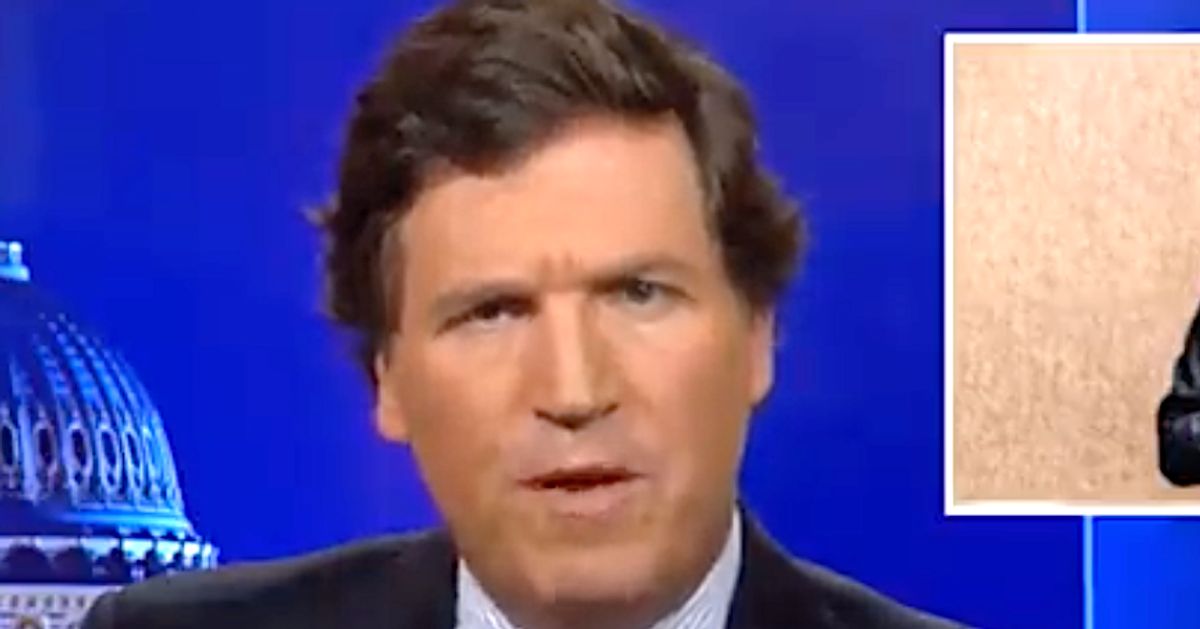 Tucker Carlson on Thursday questioned the three-and-a-half-year prison sentence handed to UCLA student Christian Secor after he stormed the Capitol on Jan. 6, 2021, with a mob of Donald Trump followers and sat in Mike Pence’s chair. The Fox News host later wanted to know what the former vice president thought about that. (Watch the video at the bottom.)

Carlson noted that Secor, who was suspended from UCLA, will spend “far more time” behind bars than two attorneys who fire-bombed a police car in Brooklyn during a Black Lives Matter protest in 2020. Carlson played fast and loose with the facts in his argument. More on that later.

First off, the convicted attorneys didn’t attempt to attack police officers at all ― they threw a Molotov cocktail into an empty police vehicle. (Their potential sentence was later reduced from 10 years to a recommended 18 months to two years. The actual sentencing is expected in November.)

Carlson’s description of Secor’s actions was a tad generous. Secor, who carried the flag of a far-right movement, “joined other rioters in pushing against doors and overpowering three police officers, according to a court filing that accompanied his guilty plea,” The Associated Press wrote. (He pleaded guilty to obstruction of an official proceeding.)

The Trump-nominated judge who sentenced him, Trevor McFadden, said Secor’s actions were “about as blatant and obstructive as any [he’d] seen from that day that didn’t include actual violence,” NPR reported.

Secor’s attorneys presented letters to suggest he was remorseful, but McFadden said, “I’m not sure I’ve really seen that from you, sir,” according to NPR.

Prosecutors also argued that Secor, who was not found to be armed that day, had raised red flags about his intentions through purchases of firearms and tactical gear. (He showed off his AR-15 in a video, NPR noted.)

“Secor’s history of adhering to extremist ideology and easy access to weapons, including firearms, warrants serious consideration when fashioning an appropriate sentence,” Paschall wrote, per AP.

Yeah, just a dude who sat in a chair, Tucker.

The far-right host then called out Pence, who was targeted in “hang Mike Pence” cheers from the rioters, for not responding to his request for comment.