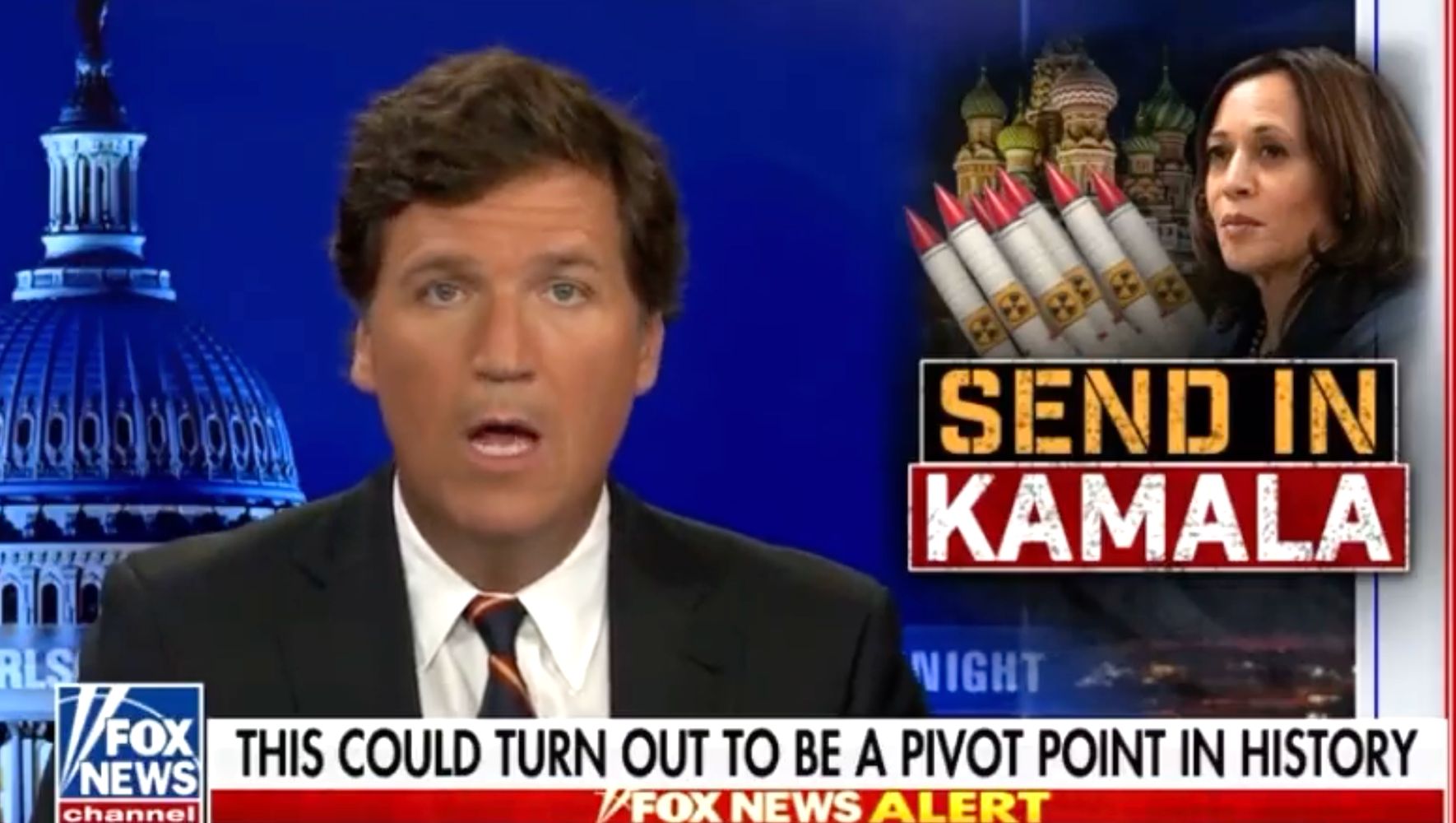 As he continues to search for a scapegoat in his bungled commentary on the situation between Russia and Ukraine, Fox News host Tucker Carlson is now blaming the U.S. for the war Russian President Vladimir Putin unleashed on his neighbor.

â€œMessage: Up yours, Vladimir Putin, go ahead and invade Ukraine,â€ Carlson continued. â€œAnd, of course, Vladimir Putin did that just days later. So the invasion was no surprise to the Biden administration. They knew that would happen. That was the point of the exercise.

â€œWe watched all this happen, we missed it. How? Honestly because it was insane and therefore very hard to take seriously. Why in the world would the United States intentionally seek war with Russia? How could we possibly benefit from that war? We still donâ€™t know the answer to that question.â€

As Russian aggression escalated in February, Biden warned repeatedly and publicly that a Russian invasion of Ukraine was likely imminent and said the U.S. would respond â€œswiftly and decisivelyâ€ to any attack.

Itâ€™s not clear how Carlson â€œmissed it.â€ At the time of those warnings, he was still defending Putin and parroting Kremlin talking points.

Take a minute to listen. @TuckerCarlson is actually accusing America of starting this war. Not Putin. Not Russia. But America. Itâ€™s our fault. Heâ€™s blaming America for launching this war. Tucker channels todayâ€™s GOP. And todayâ€™s GOP is the new â€œblame Americaâ€ party. https://t.co/GkE061DSdj

The absurd take comes after frantic backtracking on Carlsonâ€™s part in the wake of Russiaâ€™s brutal invasion of Ukraine.

Several excerpts from his show have been translated to serve as propaganda on Russian state-sponsored TV, including one in which he argued that â€œUkraine is not a democracyâ€ but â€œa client state of the Biden administration.â€

Since Putin launched Russiaâ€™s offensive on the country, Carlson has admitted he was wrong and complained that he was falsely accused of rooting for Russia.

But instead of taking ownership of the mistake, he professes to have been taken by surprise by the whole thing, wondering, â€œWhy didnâ€™t we see this coming?â€ and trying instead to pin the blame on President Joe Biden and Harris.

In reality, Western powers had warned of Russian aggression for months.