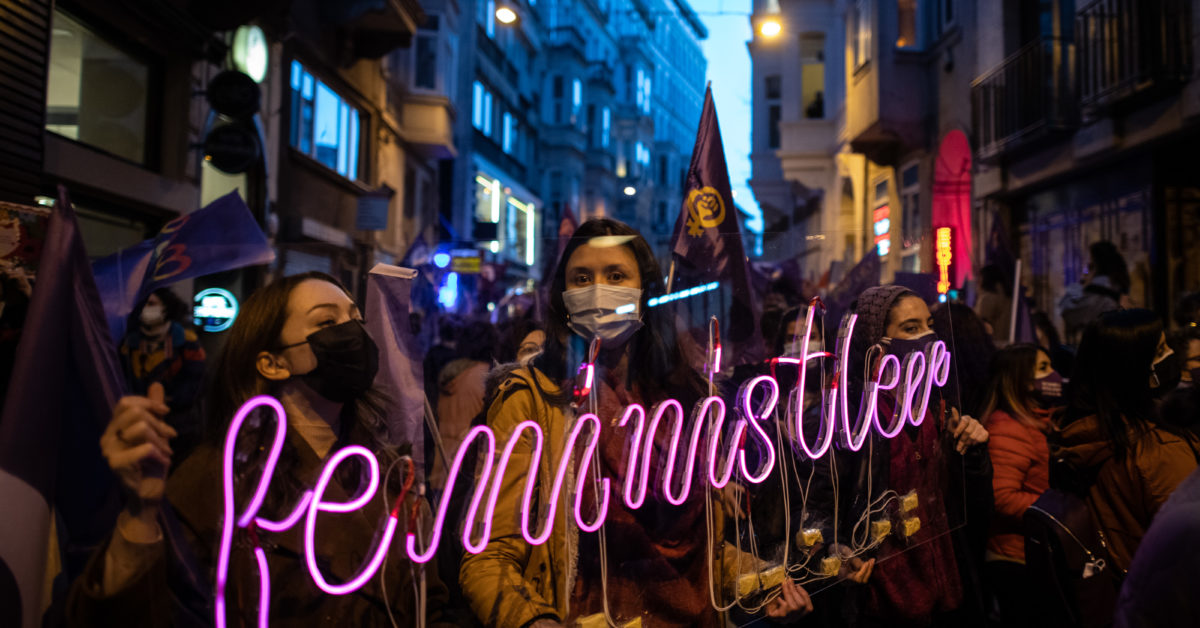 President Recep Tayyip ErdoÄŸan has withdrawn Turkey from an international treaty aimed at combatting violence against women despite a high number of femicides in the country.

ErdoÄŸan issued a presidential decree, published in the countryâ€™s official gazette on Saturday morning, annulling Turkeyâ€™s ratification of the Istanbul Convention on Preventing and Combating Violence Against Women and Domestic Violence.

The landmark treaty, a Council of Europe accord that was signed by 45 countries and the European Union, was designed to promote gender equality and prevent violence against women. In 2012, Turkey became the first country to ratify the convention, named after its largest city Istanbul where the treaty was forged.

The announcement sparked an outcry among human rights campaigners and calls for protests on social media.

The Council of Europeâ€™s Secretary-General Marija PejÄinoviÄ‡ BuriÄ‡ called the withdrawal â€œdevastating news,â€ adding: â€œThe Istanbul Convention â€¦ is widely regarded as the gold standard in international efforts to protect women and girls from the violence that they face every day in our societies.Â This move is a huge setback to these efforts and all the more deplorable because it compromises the protection of women in Turkey, across Europe and beyond.â€

Campaigners defending the treaty have also pointed to a rising number of women being killed by men in Turkey, with the local organization We Will Stop Femicide putting last yearâ€™s number at 300 murders. In 2019, the number stood at 474, more than double the cases registered in 2011, according to the group.

Turkeyâ€™s government has vowed to combat domestic violence, but last year started debating whether to withdraw from the treaty. Conservatives complain that the convention undermines traditional family structures; the accord includes a reference to LGBTQ rights, requiring signatories to protect victims without discrimination due to sexual orientation or gender identity, among others.

Similar discussions have played out in Poland, where Prime Minister Mateusz Morawiecki asked the Constitutional Tribunal to examine whether the convention is in line with the countryâ€™s constitution.

ErdoÄŸanâ€™s decree did not specify a reason for the withdrawal. Zehra ZÃ¼mrÃ¼t SelÃ§uk, Turkeyâ€™s family minister, didnâ€™t acknowledge the move explicitly, but tweeted overnight that womenâ€™s rights were already guaranteed in domestic laws and that â€œour legal system is dynamic and strong enough to implement new regulations according to need.â€

The announcement comes shortly after a meeting between ErdoÄŸan and Commission President Ursula von der Leyen and European Council President Charles Michel, where they discussed EU-Turkey relations and the situation in the Eastern Mediterranean.

In recent months, ErdoÄŸan â€”Â under whose rule the country has undergone significant backsliding on fundamental rights â€”Â has vowed to implement a reform agenda aimed at improving freedoms and meet EU standards.