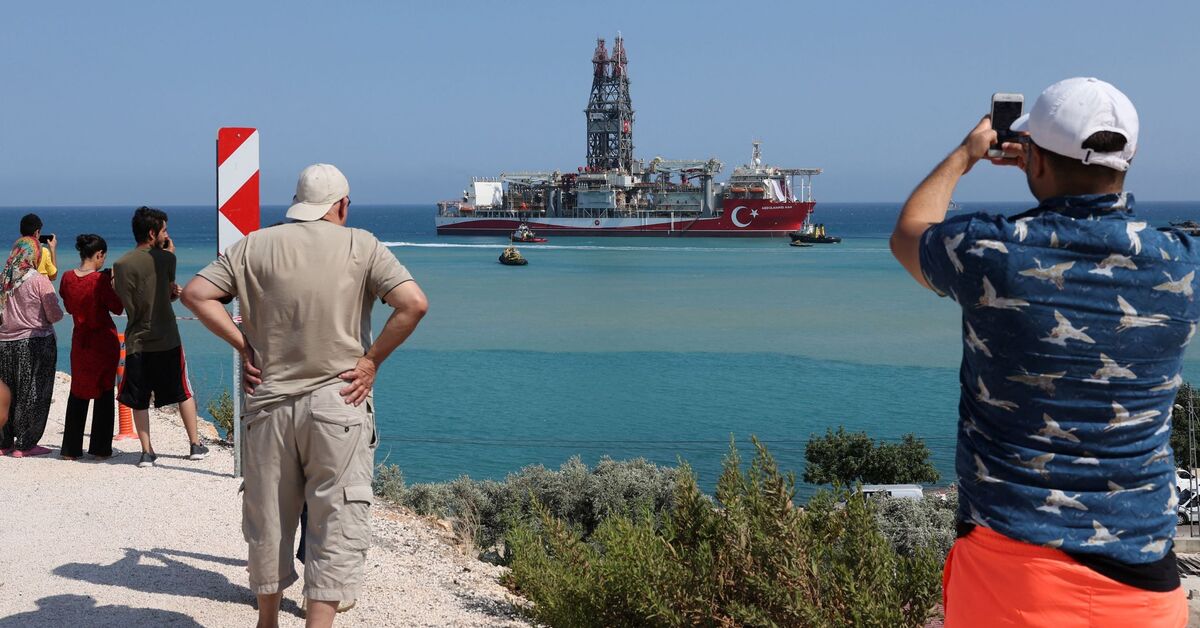 Turkey reacted angrily Tuesday to criticisms over the hydrocarbons accord it signed with Libya’s Tripoli-based government, which allows Turkish and Libyan companies to carry out joint explorations in the eastern Mediterranean.

The deal, whose details are yet undisclosed, has rekindled the dueling claims on maritime boundaries and gas and energy rights in the eastern Mediterranean, with Turkey and Libya on one side and Greece and Egypt on the other. It also adds to the long list of disputes between EU member Greece and EU candidate Turkey before the inaugural summit of the European Political Community (EPC), which brings together the EU-27 with 14 other European states, including Turkey.

Ankara shrugged off claims by Greece — and backed by the European Union — that the deal could destabilize the eastern Mediterranean.

“As far as Turkey is concerned, the statements made by the Greek and European Union spokesmen on the accord … bears no significance and value,” Turkish Foreign Ministry spokesman Tanju Bilgic said Tuesday.

Bilgic said that Monday’s memorandum of understanding (MoU) between Turkey and the Tripoli-based government of Prime Minister Abdul Hamid Dbeibah, one of the two rival administrations in Libya, envisaged scientific, technical, technological, legal, administrative and trade cooperation “on land and at sea.”

“Any objection to an accord signed by two sovereign states is a violation of international law and the basic principles of the UN,” Bilgic said, accusing Greece of attempts to usurp the legitimate rights of not only Turkey but also of Libya.

He also criticized the EU for supporting “Greece’s maximalist demands” and added, “The EU is not an international judicial body that can comment or adjudicate on agreements between sovereign third countries.”

“We’ve signed a MoU on exploration for hydrocarbons in Libya’s territorial waters and on Libyan soil, by mixed Turkish-Libyan companies,” Turkish Foreign Minister Mevlut Cavusoglu said at a press conference with his counterpart Najla al-Mangoush, the foreign minister of  Libyan Government of National Unity (GNU).

Mangoush said that the MoU was in both countries’ best interest and would help the global gas and energy crisis, particularly given the repercussions of the Ukrainian crisis on energy markets.

But the deal fueled controversy within war-torn Libya, which has Africa’s largest crude oil reserves but has been in chaos since former dictator Muammar al-Qaddafi was toppled in 2011. A battleground for foreign powers, it is currently divided between the administration of interim Prime Minister Abdul Hamid Dbeibeh, Turkey’s man in Tripoli, and Fathi Bashagha, an ally of Turkey in 2019 and 2020 who approached the US, France, and Egypt later on.

Libya’s eastern-based parliament, which named Bashagha as the new prime minister in February, rejected Monday’s deal, saying that the present government had no authority to sign any agreement.

Local media in Libya reported that even before the arrival of the Turkish delegation, Libyan Oil Minister Mohamed Aoun complained that Dbeibah had assigned his duties to Economy Minister Muhammad Al-Huwayj. The Libya Update reported that Aoun claimed the move was “to pass a  suspicious oil agreement with Turkey.”

The deal stirred diplomatic traffic in Greece as Athens pledged to “continue to inform its partners and allies about Turkey’s destabilizing role.” Citing its “sovereign rights” in the area that it intends to defend “with all legal means,” the Greek Foreign Ministry said Greece and Egypt had designated their own exclusive economic zones in 2020, which they said nullified an accord between Turkey and Libya the previous year.

The 2019 Turkish-Liyan agreement denoted new boundaries from southwest Turkey to northeast Libya across a zone currently claimed by Greece and Cyprus, crucial for plans for a future gas pipeline.

Greek Foreign Ministry said that that agreement was “illegal, invalid and non-existent” and pledged a “reaction both at a bilateral level and at the level of the European Union and NATO.”

Greek Foreign Minister Nikos Dendias tweeted that he and Egyptian counterpart Samed Shoukry “both challenged the legitimacy of the Libyan Government of National Unity to sign the said MoU.”

The two men are expected to meet in Cairo on Sunday. Dendias also met with US Ambassador George Tsunis to “discuss the latest developments in Libya,” the ministry tweeted.

A statement from the EU backed Greece. “The 2019 Turkey-Libya Memorandum of Understanding infringes upon the sovereign rights of third states, does not comply with the Law of the Sea, and cannot produce any legal consequences for third states,” said Peter Stano, the spokesman for EU Foreign Affairs and Security Policy.