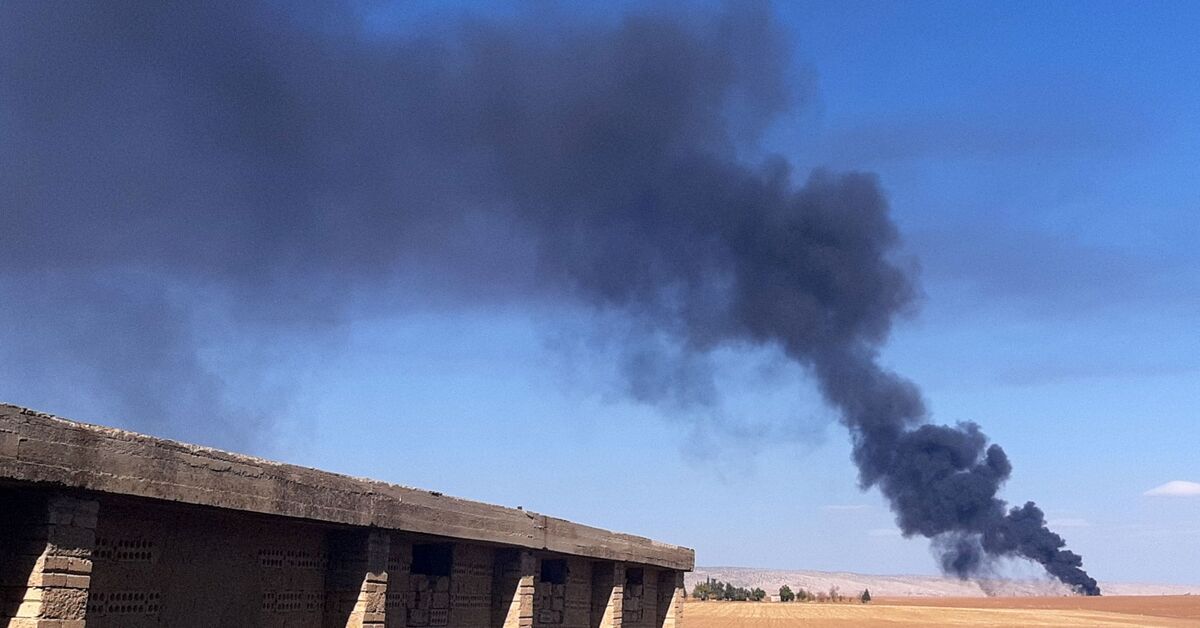 The Pentagon warned on Wednesday that Turkey’s airstrikes against Kurdish forces in northeast Syria endanger US troops and threaten to undermine years of progress in the war against the Islamic State.

Press secretary Brig. Gen. Pat Ryder said the Defense Department “is deeply concerned” by escalating attacks in Syria, Iraq and Turkey, but did not specify which parties were responsible.

“Recent airstrikes in Syria directly threatened the safety of US personnel who are working … with local partners to defeat ISIS and maintain custody of more than ten thousand ISIS detainees,” Ryder said in a press release.

Why it matters: Ankara launched a new air campaign before dawn on Sunday that has hit Kurdish militia sites and civilian infrastructure across northeast Syria and northern Iraq.

President Recep Tayyip Erdogan’s government has billed so-called Operation Claw-Sword as retaliation for a bombing that claimed six lives and wounded more than 80 in a popular tourist neighborhood in Istanbul on Nov. 13.

As of Wednesday, Turkey’s strikes had reportedly killed at least 11 members of the US-backed Syrian Democratic Forces (SDF) and 18 civilians. The death toll in northern Iraq remained unclear.

On Monday, in apparent response to the airstrikes, two schools in the southern Turkish border town of Karkamis came under bombardment. A teacher and a 5-year old boy were reportedly killed in the attack, which the Turkish government blamed on Syria’s Kurdish-led forces.

Last night, Syria’s Civil Defense — the volunteer organization better known as the White Helmets — said a deadly artillery strike that hit a market in the rebel-held Syrian city of Azaz came from the direction of territory held by the Syrian regime and the Kurdish forces.

Yet it’s not yet clear what leverage Washington is willing to employ to convince its key NATO ally not to attack the Kurdish militia whose only shared interest with the US, American officials insist, is containing IS in Syria.

SDF commander Mazlum Abdi told Al-Monitor in an interview last night that his forces only aim for self-defense and implored the Biden administration to take a firmer stance against Turkey’s threats of invasion.

The strike landed within 130 meters of American personnel at the main US base in the area, which has been known in the past to house US State Department delegations visiting Syria to meet with representatives of the region’s SDF-backed autonomous administration, Al-Monitor can confirm.

It remained unclear if US diplomatic personnel were in the area at the time of the strike. Defense officials said no US personnel were hurt, but the SDF said two of its fighters were killed.

Spokesperson for US Central Command Col. Joe Buccino declined to confirm the location of yesterday’s strike, but said such incidents “place US troops — as well as the fight against ISIS and the hard-fought stability of the region — at risk.”

Following that strike, US officials in Ankara and Washington emphasized to Turkish counterparts the necessity of close coordination to prevent harm to American forces, and stressed the dangers such strikes pose to the effort to contain IS

It remains unclear what response Turkish officials provided behind closed doors, but a spokesperson for the Turkish embassy in Washington said communication channels “remain open.”

“We have, time and time again, pointed out threats against our national security posed by the PKK/YPG terrorist network in Syria and Iraq,” the spokesperson told Al-Monitor.

“Terrorist shelters, hideouts, fortifications, their so-called headquarters and training centers constitute legitimate targets in this regard,” the Turkish official said.

What’s next: SDF commander Mazlum on Wednesday said his forces had suspended operations against IS in order to focus on preparations for a Turkish ground invasion.

Mazlum told Al-Monitor that he believes the assault will target his home city of Kobani, the site of a pivotal 2014-15 battle in which Kurdish militias backed by US airpower turned the tide of IS’s genocidal conquest.

“The Turkish government needs to produce verified intelligence that shows our partner force [the SDF] carried out the attack in Istanbul, or they need to cease all operations to target them,” Mulroy, now an ABC News analyst, told Al-Monitor.

“The Turks have an absolute right to defend themselves,” he said, “but they need proof to be able to target our partners who are key in ensuring the continued defeat of ISIS — a group that not so long ago controlled an area the size of West Virginia and subjugated millions of people.”

“I’m not sure how a partner force we are co-located with could carry out a terrorist attack without us knowing,” Mulroy said.

Turkey’s military has struck near US troop positions in Syria before. In September, a Turkish drone strike blew up a girls’ volleyball game at a youth sports center just a few kilometers from Mazlum’s headquarters and the US base, prompting high-level calls from Washington. During the 2019 incursion against the YPG, Turkish artillery bracketed a US base.

Under orders of the Trump White House, US troops evacuated their outposts along the Syrian side of the Turkish border ahead of that 2019 incursion so as to avoid conflict with the NATO ally.

“The most important thing is to dissuade Turkey from a ground operation in the northeast,” James Jeffrey, former US special envoy for Syria during the Trump administration, told Al-Monitor.

“It would severely damage US-Turkey relations critical for Ukraine and larger Syria questions, would undercut the D-ISIS [defeat-Islamic State] effort and in the end would not end the YPG and PKK — which Turkey legitimately sees as a terrorist assault on it, but cannot be eliminated by limited ground operations.”