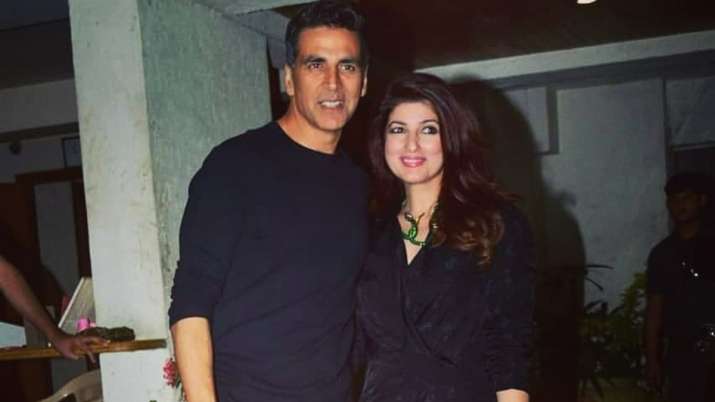 Twinkle Khanna is currently enjoying her time with husband Akshay Kumar and kids Aarav and Nitara during the lockdown. The author and actress keeps sharing photos and videos on Instagram to keep the fans updatedÂ about their special moments spent at home. While the photos she posts grab much attention, fans love her captions and stories behind those pictures. On Friday, Twinkle shared yet another gorgeous click with husband Akshay enjoying the sight of the calm ocean and gave her definition of love.

Twinkle Khanna wrote, “â€˜’Love in any relationship, family or an intimate friendship, is only about putting the other personâ€™s needs ahead of your own, and that, my friend, is just as simple and as complex as you make it.'”

Twinkle and Akshay got married on 17 January, 2001 and have been giving major relationship goals since then. On Karan Johar‘s chat show Koffee With Karan, Twinkle had revealed that the actors started their relationship as a fling when they were shooting for a film outdoors. While they thought the fling would end for 15 days, they have been now married for more than 19 years.

On a related note, Akshay Kumar has been in the industry for more than three decades. Earlier, this month, his film Khiladi clocked 28 years and Akshay recalled how it was a ‘stepping stone’ in his career. When filmmaker duo Abbas-Mustan shared a throwback photo of Khiladi Kumar, the actor couldn’t resist himself from retweeting the same. “Dear @akshaykumar Today itâ€™s 28 years since the release of Khiladi, our first film together. Feeling nostalgic. Remembering the entire team speciallyÂ  @iamjohnylever bhai,” Abbas Mustan tweeted. “How can I forget Abbas Mustan bhai…itâ€™s not just a film for me but a stepping stone in my career, a title which is now synonymous with me. Thank you for giving me #Khiladi,” Aksay Kumar wrote sharing Abbas Mustan’s tweet.Â

How can I forget Abbas Mustan bhai…itâ€™s not just a film for me but a stepping stone in my career, a title which is now synonymous with me. Thank you for giving me #Khiladi 🙏🏻 https://t.co/VEpiUBpQyu

On the professional front, Akshay Kumar was last seen in 2019 film Good NewwzÂ oppositeÂ Kareena Kapoor Khan. it also starredÂ Diljit Dosanjh and Kiara Advani. His next, Sooryavanshi, co-starring Katrina Kaif has been postponed indefinitely. The movie directed by Rohit Shetty is the fourth installment of his cop universe.Â