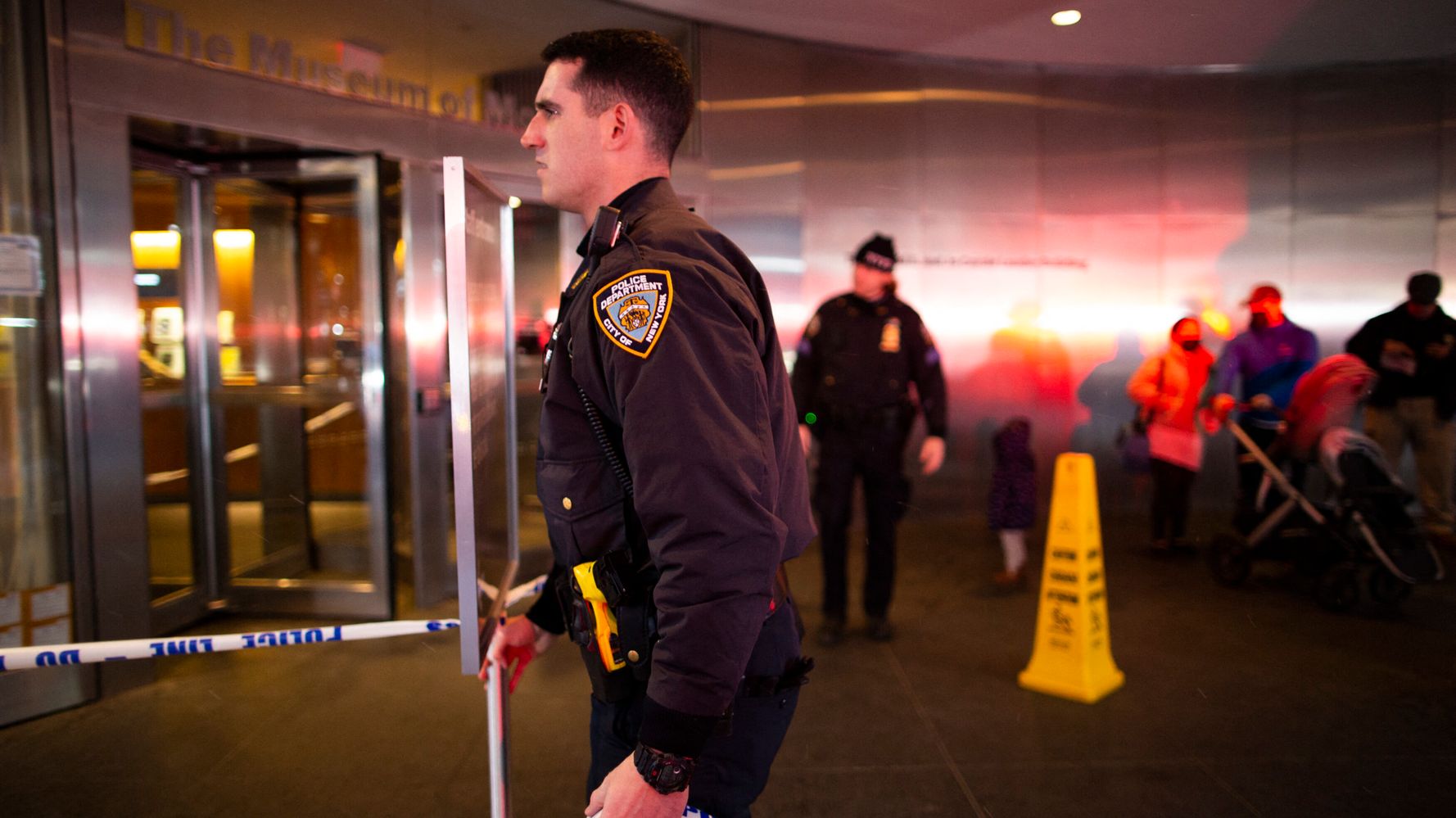 The two female employees were in stable condition after being rushed to a nearby hospital, NYPDâ€™s Deputy Commissioner for Intelligence and Counterterrorism John Miller said at a press briefing.

â€œWe are told they are both going to be okay,â€ he added.

The unidentified suspect, 60 years old, was not in custody as of Saturday night.

He was previously known to museum and police officials because of past problems. His membership had been revoked because of two recent incidents of â€œdisorderly conduct,â€ Miller said.

The letter revoking his membership was sent out Friday, said Miller. Itâ€™s not clear if he knew when he arrived at the museum that it had been revoked.

The stabbing occurred about 4:15 p.m. when the man approached the reception desk at the midtown Manhattan museum and said he wanted to view a film there.

When he was denied entry, he jumped over the desk and stabbed the two MOMA employees â€œmultiple times, including in the back, the collar bone and the back of the neck,â€ Miller said.

â€œThe incident is still unfolding,â€ said Miller, who noted that a search for the suspect was launched immediately.

He said the police department hoped to release a photo of the suspect soon.