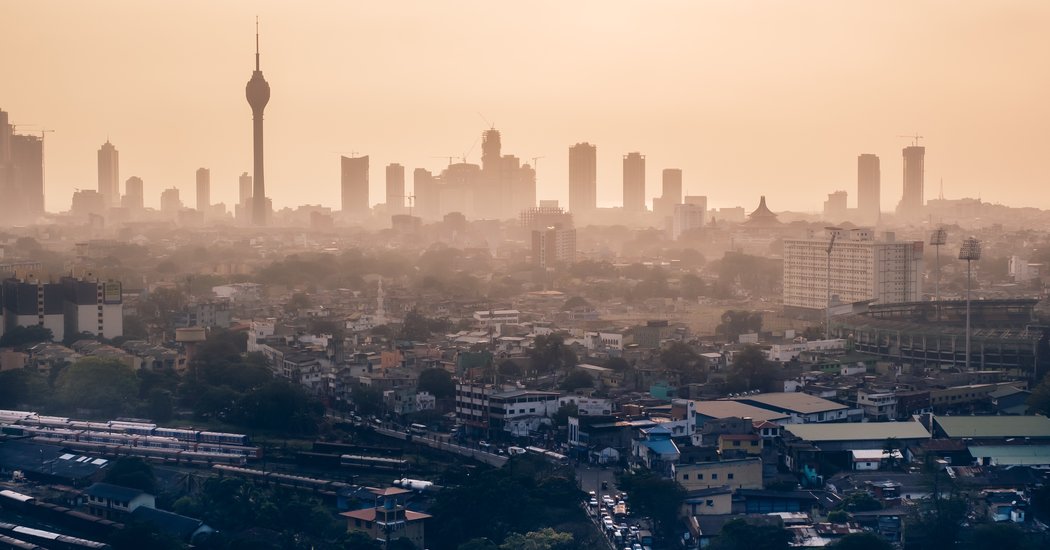 His staff found that he had become fond of moralizing. He talked about the path to heaven, about the principles of Islam. Late in 2018, he pressed copies of a book upon some employees, saying it held the truest account of the Prophetâ€™s life. In a plastic crate near Inshafâ€™s desk, I noticed five volumes he hadnâ€™t managed to give away. They were still in cellophane wrapping, sealed with their price tags still visible. In the conference room, I was shown more than 200 other books, a small seminaryâ€™s worth. â€œHe bought all these over the last three years,â€ the manager said, laying some of the English titles out upon the table: â€œIslamic Verdicts on the Pillars of Islam,â€ â€œIn Pursuit of Allahâ€™s Pleasure,â€ â€œThe Hardness of the Heart.â€

For those who knew Inshaf well, it would have been impossible to interpret this piety as preparation for a suicide bombing. In curious ways, he still appeared to be a man living for the future. He renovated the Colossus factory during this time: more office space, better furniture, new machinery that arrived in February 2019. Well in advance, he booked a trip for his family to Mecca, to be there for the end of Ramadan in early June. It was as if he was denying what he had planned for himself, or as if one part of his life was progressing through sheer inertia even as he was coldly calculating the other. A few weeks before Easter, he transferred the ownership of his house and factory to his wife without her knowledge, the Ishana manager told me. In his last year, Inshafâ€™s routine transformed. He rarely went to Ishana and went to Colossus just for two or three hours daily. Instead, he took his children to school and picked them up; he spent his mornings with his wife, his afternoons with his children and his evenings with his mother, like a man who knew that he was running out of time.

On Wednesday, April 17, around the start of the pepper-harvest season, the intelligence official ran into Inshaf at a mosque. Howâ€™s business? he asked. Inshaf replied that he was headed to Zambia for work.

On Thursday evening, Inshaf went by Old Moor Street. He had bought a new car, a Mitsubishi Montero, for 34 million rupees, and it was delivered that day. He parked outside the office but didnâ€™t go in; instead, an employee came out to collect the carâ€™s documents and to bring him a batch of 10 blank checks to sign. He always did this when he left the country, in case expenses had to be met. Inshaf took some cash as well, which he put into a bag and stowed in the carâ€™s trunk. It was a new bag, the employee noticed â€” a knapsack.

On Friday, Inshafâ€™s wife rode with him to the Colombo airport to see him off to Zambia. A report in The Sun in Britain claimed that, unusually, he held his wifeâ€™s head and said, â€œBe strong.â€ Then, having pretended to catch his flight, he doubled back to Colombo and joined Zaharan, Jameel, Ilham and at least four other men in an apartment in the center of the city.

The next day, around 1 in the afternoon, Inshaf checked into Room 425 in the Cinnamon Grand. He provided a fake name, Mohamed Mubarak Mohamed Azzam, and a fake address: 138/B New Moor Street. Later, he left the hotel, presumably to go back to the apartment to join his collaborators. He didnâ€™t return to the Cinnamon Grand until 7:07 a.m. on Sunday, when a small blue car dropped him off at the hotel.

Which means he had almost two hours in his room that morning, by himself: long enough to look at his backpack and its contents, think about his wife, children and parents and pull out of his monstrous mission. He could have fled the hotel, chucked his bomb into the sea and gone home to grieve his brother and support his father. With time, he might have resumed his life: the copper business, the cricket games, the community dinners during Ramadan. But perhaps he thought that he had already gone too far, that there could never be any normalcy for him even if he left. Or perhaps he never considered any of this at all.

Shortly before 9 a.m., Inshaf left his room wearing a baseball cap and carrying his knapsack. He made his way to the ground floor and passed through the atrium, where giant urnlike lamps lit the space like beacons. He descended the staircase to Taprobane, gave his room number at the entrance and walked into the breakfast buffet.