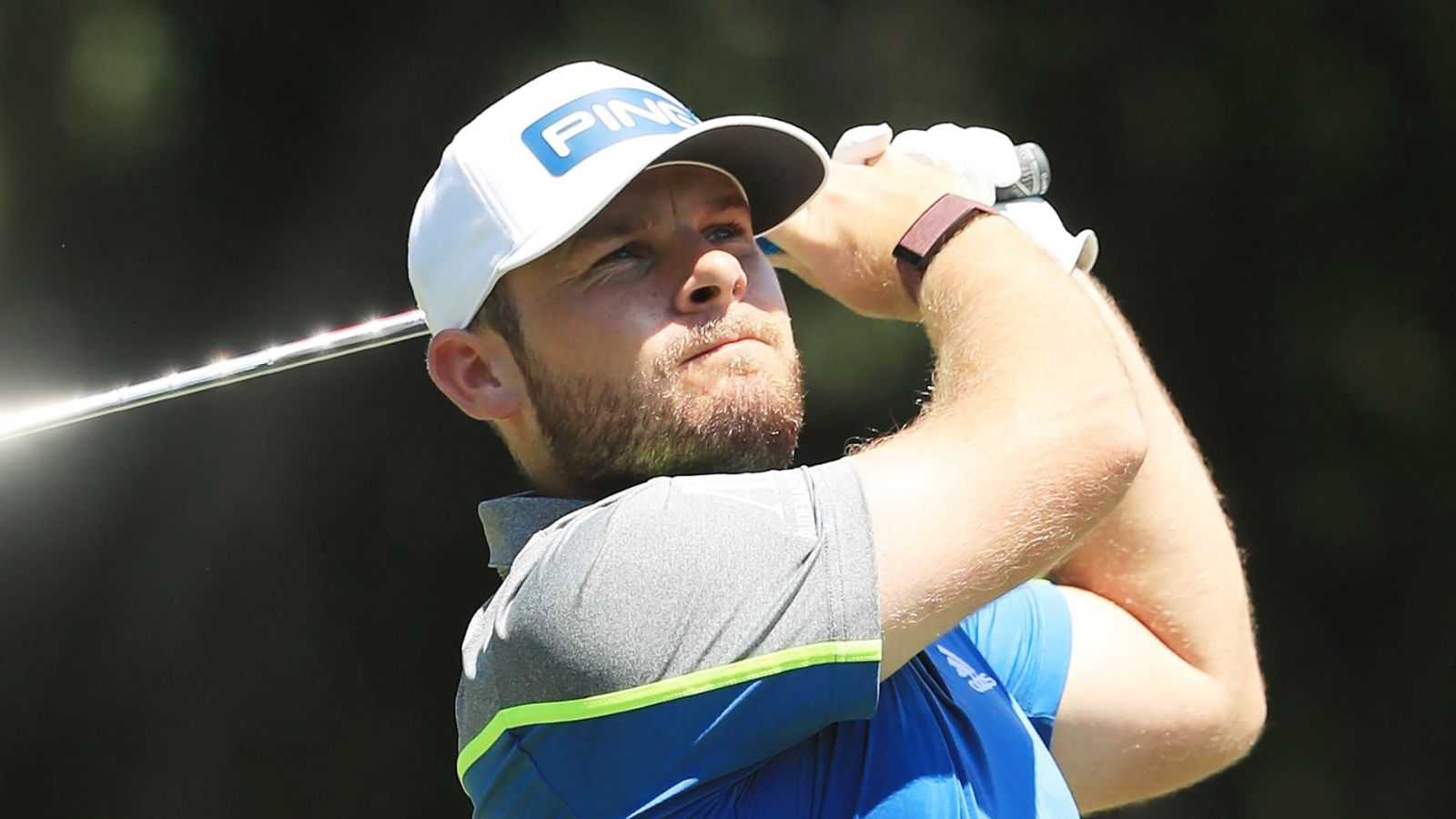 Tyrrell Hatton powered into a four-way tie for the lead on a low-scoring third day of the RBC Heritage on Hilton Head Island.

Hatton put himself in excellent position to win for the second time in his last three starts on the PGA Tour after firing a superb eight-birdie 63 which propelled him to 15 under, a score later matched by Abraham Ancer, Ryan Palmer and halfway leader Webb Simpson.

English duo Ian Poulter and Matt Fitzpatrick go into the final round just two off the pace along with Sergio Garcia, while Rory McIlroy and Justin Rose both returned 66s and are five strokes behind the leaders after 54 holes.

Hatton landed his maiden PGA Tour title at the Arnold Palmer Invitational in March, the last event to be completed before the coronavirus shutdown, and he will have high hopes of doubling his silverware haul despite insisting he was not entirely comfortable with his game.

The 28-year-old certainly looked sharp early on as he holed a 40-foot birdie putt on the first green which sparked a run of four birdies in five holes, and he added another at the ninth to reach the turn in 31.

Hatton picked up three further shots over the last five holes to become the first player in the clubhouse on 15 under, and he attributed a hot putter for his low scoring.

“I think I’ve been quite lucky with where some of my misses have ended up, and I’ve putted really well,” said Hatton, who opened with a 71 before carding a 64 on Friday. “I think I’ve only missed one putt inside six feet in three days.

“Holing out has been really good and been pretty solid from inside 20 feet, which is nice, and I hope that continues. Obviously, I have a lot of confidence from winning a few months ago, and hopefully it’ll be a good day on Sunday.

“It’s a packed leaderboard, so it wouldn’t be surprising if someone around 20th place goes out and shoots a really low score to potentially win the tournament. If the weather’s the same,I think it will probably be another low scoring day, so I’m sure it will be exciting to watch back home on the TV.”

Ancer carded seven birdies and just one bogey in a 65 that boosted his chances of becoming only the second Mexican to win on the PGA Tour, while Palmer (66) and Simpson (68) completed the logjam at the top of the leaderboard.

Ancer’s compatriot, Carlos Ortiz, eagled both par-fives on the front nine and birdied three of the last four holes to post a 63 and race to 14 under, while last week’s Charles Schwab Challenge champion, Daniel Berger, and Joel Dahmen were also eight under for the day and joined the Mexican in a tie for fifth.

Garcia birdied the last two holes and signed for a 65 before revealing his anguish at having to undergo an unscheduled coronavirus test on Friday after revealing he had Nick Watney as a guest on his private jet as the pair made their way to South Carolina.

First-round leader Poulter also enjoyed a birdie-birdie finish to return a 67, with Fitzpatrick mixing six birdies with three bogeys in a 68 that lifted him into the tie for eighth, one shot ahead of the heavyweight American trio of Brooks Koepka, Bryson DeChambeau and Dustin Johnson.

McIlroy continued his impressive recovery from his opening 72, and his birdie at the 18th was his 14th of his last 45 holes while making only one bogey in the time, the world No 1 handing in a 66 that ensured he would start the final round with realistic title ambitions.

Also on 10 under is Rose, who made an eagle, three birdies and one bogey in an entertaining first five holes, although that trend did not continue as he then carded 12 pars and one further birdie at the 17th in his 66.